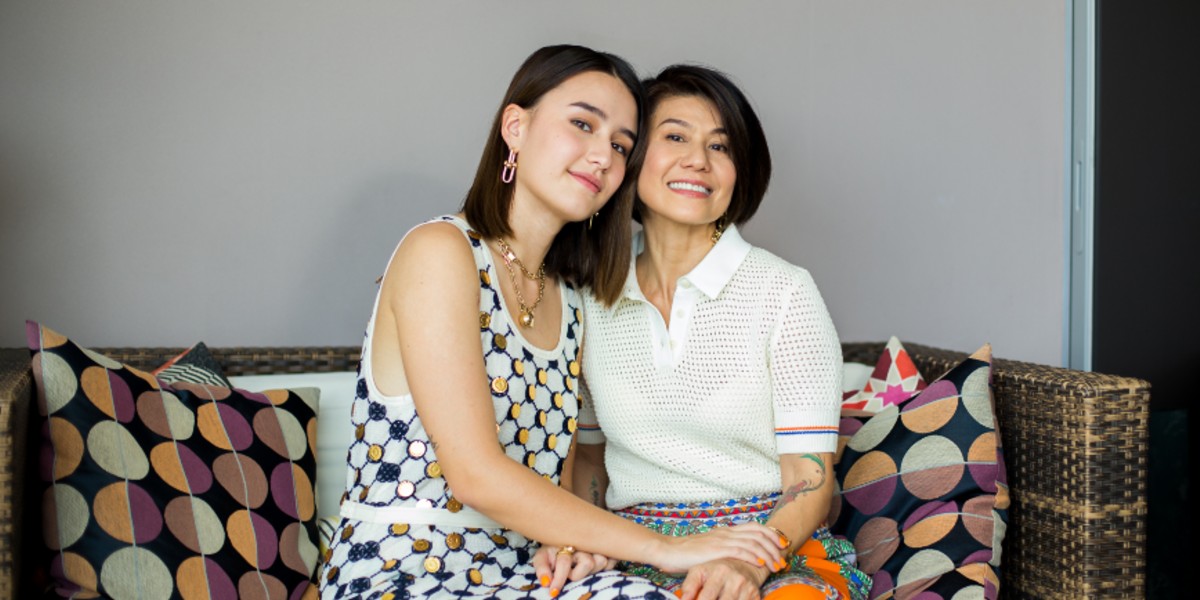 Naps Are Good For Your Health, New Study Finds

If Serene Chiu has a piece of advice for single mothers out there, it’s as simple as three words: “It is okay.”

When Chiu turned 31, she gave birth to Saffron Sharpe in Hong Kong — the now 22-year-old student who is about to head to college and is making waves on social media. It wasn’t soon after that Chiu ended her relationship and decided to raise Sharpe on her own. Chiu picked up Sharpe (then one and a half years old), uprooted her advertising career, and moved her life back home to Singapore single-handedly.

“It was not easy,” Chiu looks back.

Back then in the late ’90s, women had a very different footing in society — much less single mothers. It was a taboo subject in Singapore. People weren’t openly talking about single parents. “I think those days, I was a little bit more like — I won’t say the word embarrassed, but I didn’t want to talk about it,” Chiu recalls. “It wasn’t something common.”

Instead, the conversation largely surrounded the ideal heterosexual family nucleus. Chiu sent Sharpe to a local NTUC kindergarten. There, she found herself wrestling with stereotypes: “They tend to focus on conversations about ‘What does your father do?’ or ‘What did your dad do over the weekend?’ And one Monday after school, she came back and she was like, “Mummy, why is everyone always talking about their daddy, what they did over the weekend?”

“I felt bad,” Chiu acknowledges. “I felt guilty that she didn’t have a father around.” Yet, she picked herself up and pointed her daughter in the right direction. “I said, “No, honey. Next time when they talk, tell them what your mummy has been doing with you over the weekend!”

Eventually, when Sharpe enrolled into primary school, these differences dissolved as she came to understand that single-parent families were a reality. “I never felt like there was a stigma,” Sharpe looks to her mother and adds.

Over the decades, Chiu, too, felt that society became a more forgiving and conducive place for single mothers.

Throughout her childhood years, Sharpe watched her mother run the household, her own production company, travel for work, commit herself to a fitness regime, balance recreation, and host dinner parties with family and friends. Sharpe, in turn, rubbed off her mother’s independence and discipline.

“I was quite an independent student!” exclaims Sharpe proudly, beaming from eye to eye.

Growing up, Sharpe would hop on the school bus, come home, have lunch on her own, get down to her homework before she checks the watch and realises it’s time for television and recreation. “She’s very disciplined. i think that she drew from me,” says Chiu.

“I always tell Saffron, “Honey, you have to take care of yourself. You can’t rely on anybody.”

So, when Sharpe was in school, her mother left her to take charge of her own education — choosing her own schools, subjects, tuition classes and tutors, her majors and college. Later this fall, Sharpe is headed for the arts college, Goldsmiths, located in the south-eastern district of London for a three-year-long major in communications.

When Chiu jokingly said she’ll visit London frequently to see Sharpe, and when we joked that Chiu will move in to Sharpe’s future dormitory, Sharpe pulled a long pause and said, “I actually won’t mind if my mum moved in.”

And she meant it.

Sharpe is exceptionally close to her mother. They openly talk about their personal lives, their struggles, friends, and work dealings.

“I would say we are much closer than many other mother-daughter relationships that I know of,” Sharpe says as she turns to look at her mother in the eye. Chiu nods in acknowledgment.

“I know you’re my mum,” she continues. “But I see you more as my older sister… because we only have the two of us.”

Chiu will probably tell you the same story — that she is very close to her daughter, and a major part of it owes to the fact that she’s a single-mother, but she wouldn’t have it any other way.

Hop over to ELLE TV to watch Saffron Sharpe and her mother, Serene Chiu’s video interview.

Naps Are Good For Your Health, New Study Finds