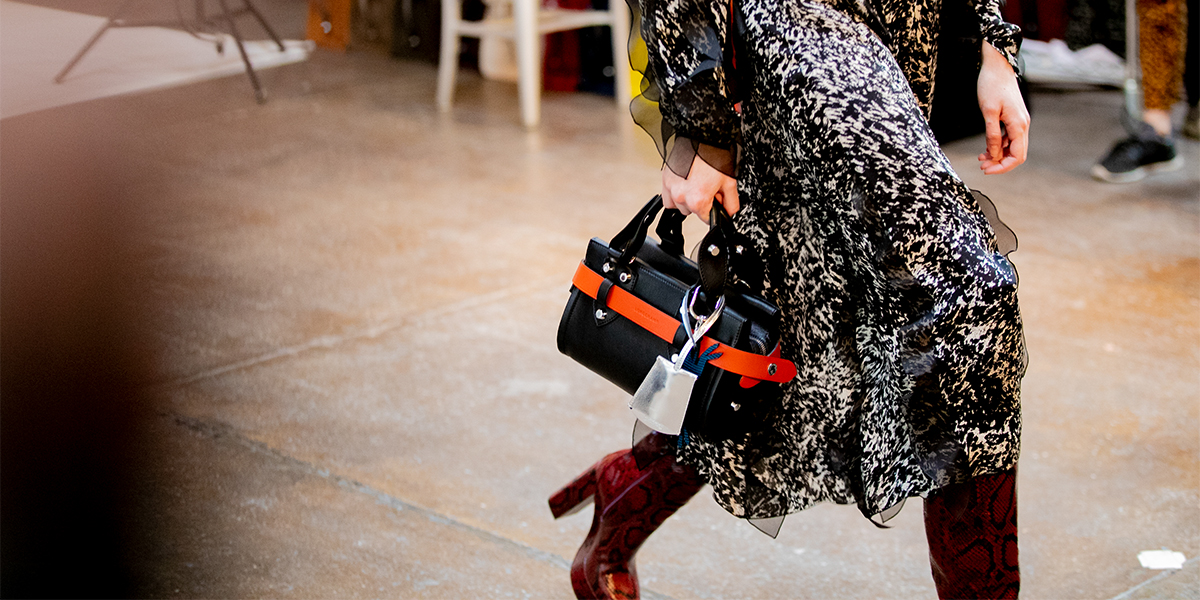 Making Friends As An Adult Can Be Hard

This Fall/ Winter 2019 season, Longchamp‘s creative director Sophie Delafontaine took to the fashion runway to tell a story about travel and design.

Back to the Fall/ Winter 2019 runway, Delafontaine sent 40 looks down a grey, carpeted runway lined with geometric patterns. This was a rehash of the minimalist grey in-flight aisle which the late French architect, Andrée Putman, famously designed for Air France’s Concorde aircraft in 1994. For years, the Concorde shuttled well-heeled clients from Paris to New York (and vice versa) before it met a fatal crash in 2000, and retired in 2003.

That set the tone for Delafontaine’s collection: travel and the marriage of Paris’ eclectic style and New York’s urban edge.

“The idea was to take the Parisian attitude and silhouettes and mix it with the New York sensibility, which is more urban and graphics,“ Delafontaine said to WWD in a backstage interview.

And, of course, Longchamp’s famed leathers were all over the runway. From a head-to-toe embossed crocodile jacket and pants ensemble, a leather miniskirt embellished with vivid silver studs, to a smooth-leather tailored jacket paired with a pleated skirt, the leathers lent a sense of toughness to the collection.

The highlight of the collection, however, must be the unveiling of the new “LGP” logo Delafontaine introduced to the 70-year-old brand. The monotone, block logo was inspired by 1920s’ Bauhaus artists and the geometric, maze-like street-grid of New York City.

The collection, too, saw another first — Longchamp introduced a new miniature leather iteration of the brand’s signature Le Pliage bag.

But that was not all to the bags department. There was a newer and bigger launch.

Delafontaine teased the crowd with yet another new bag — La Voyageuse. The name literally translates from French to mean “The Traveller”, which harks back to this Fall/ Winter 2019 season’s jet-setter theme.

Will La Voyageuse take over Le Pilage to become Longchamp’s next it bag? That’s something we’ll have to find out later this year.

What Does ‘Business Casual’ Even Mean Anymore?

From Gigi Hadid to Hailey Bieber: All of Coachella’s Best Looks Here