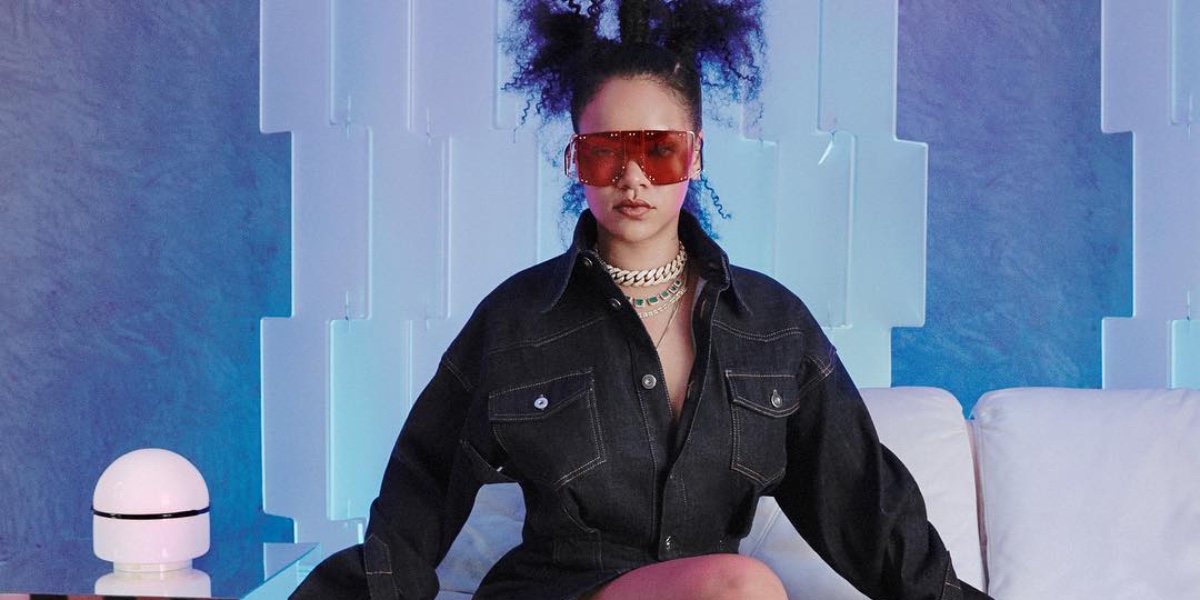 In Game of Thrones, Men Always Win—and Twitter Has Something to Say About It

Rihanna has already broken barriers in beauty (Fenty Beauty) and lingerie (Savage X Fenty) and now she’s changing the fashion world as the first black woman to run her own luxury brand, Fenty, under LVMH.

Previously mum on social media, save for the obligatory posts surrounding a Fenty Beauty or Savage X launch and teasing her new line, Rihanna sat with T Magazine for a new interview , where she shares that she’s been living in London for the past few months to be closer to the Fenty team. In the wide-ranging conversation with playwright and actor Jeremy O’ Harris, Rihanna revealed what we can expect from Fenty and also opened up about the new music that her fans are desperate for.

Fenty will launch with a see-now-buy-now model.

Rihanna’s new clothing line will officially debut on May 29, featuring ready-to-wear, footwear, accessories and more without the long wait between seasons. Today, May 20, the brand released the official campaign video featuring models dressed in oversized suits, denim, and blouses in sugary pastel colours and neutrals.

It’s a mix of masculine and feminine inspired styles.

One detail that remains consistent throughout the entire Fenty offering is the corset cincher found in the blazers and denim pieces. “I love a corset. We put a corset in a suit, a dress, a shirt, a denim jacket, and a T-shirt dress,” she told the outlet, adding that she referenced herself when designing the collection especially with the melding of feminine and masculine silhouettes.

“I use myself as the muse. It’s sweatpants with pearls, or a masculine denim jacket with a corset,” she continued. “I feel like we live in a world where people are embracing every bit of who they are. Look at Jaden Smith, Childish Gambino. They dare you to tell them not to.”

Fenty will be size-inclusive (as one would expect).

Rihanna has always believed in inclusivity, from setting the standard with Fenty Beauty’s expansive shade range—and models—to Savage X’s iconic runway fashion show featuring a diverse cast of pregnant, curvy, slim, short and tall women. Fenty is no different. “I’m thick and curvy right now, and so if I can’t wear my own stuff then, I mean, that’s not gonna work, right?” she said. The new offering will go up to size 42, the approximate equivalent to an American size 14.

Fenty will be released monthly.

Rihanna decided to release new drops monthly because “as a consumer, I hate seeing something on the runway and then having to wait six months for it.” She adds that Fenty isn’t following a “traditional” fashion model. “I want to be as disruptive as possible. The brand is not traditional. There is no runway show. It’s a new way of doing things because I believe that this is where fashion is going to go eventually,” she says.

The first collection is inspired by her home, Barbados.

Rihanna describes her first drop as “strong and edgy,” but revealed that her forthcoming collections are inspired by “free postcards or booklets at hotels in Barbados from years ago,” which will show up on t-shirts. The singer also has a few dress and skirt suits made of “ancient prints.”

Fenty’s cheapest item is a T-shirt.

On the personal front, she’s not the party girl she once was.

We all aspire to be Rihanna walking out of a restaurant with a glass of red wine in-hand. But as it turns out, Rihanna’s party days are behind her and now, she takes “work never stops” quite literally.

“In the beginning, it was just my culture, my life. And now, the party, believe it or not, is at work,” she explained. “I do not go out. I will go to a dinner. I try to have as much fun as I can during work. And even after work, when I’m literally in my kitchen having a drink, I invite all my staff. And we work, still.”

Yes, there’s a reggae album on the way.

Rihanna previously teased a potential reggae-only album during an interview with Vogue last year and confirmed it again in her new interview with T Magazine. While fans may love to see a Work pt. 2 featuring Rih’s frequent collaborator and (maybe?) ex-boyfriend, Drake, Rihanna assured fans there’s nothing happening “anytime soon, I don’t see it happening. Not on this album, that’s for sure.” Her upcoming R9 album doesn’t have a release date set either.

In Game of Thrones, Men Always Win—and Twitter Has Something to Say About It