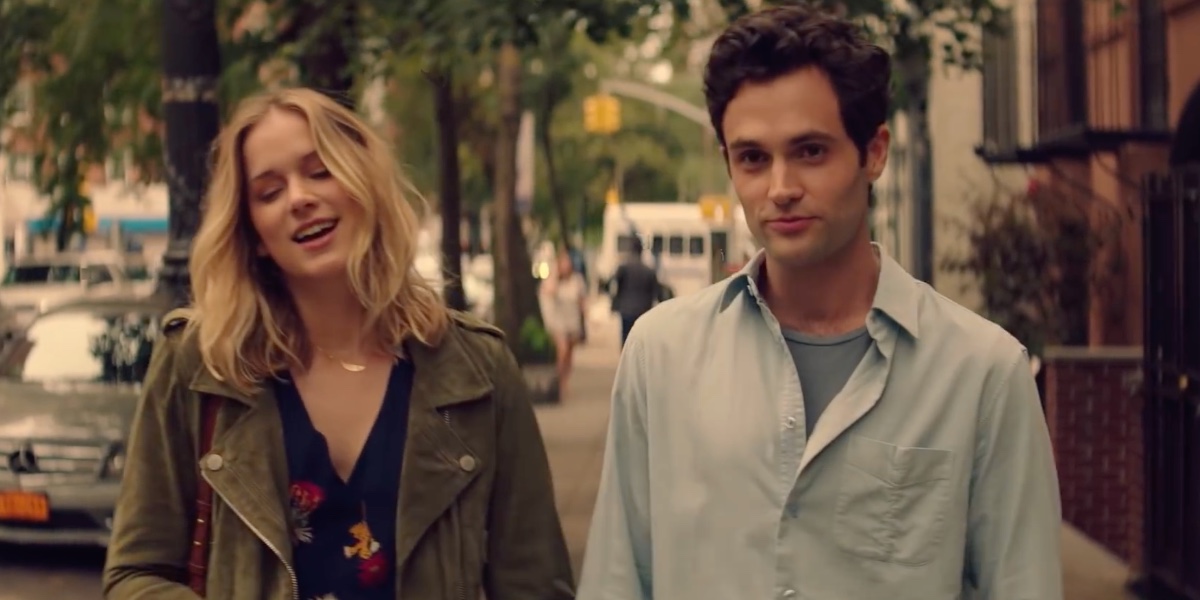 Cara Delevingne: “What Makes You Different Is Often Your Best Quality”

Warning: This post contains multiple spoilers for season 1 of You.

After becoming the talk of the internet over the winter, the viral Netflix sensation You was confirmed for a second season, much to the delight of fans everywhere.

The thriller series, which stars Gossip Girl‘s Penn Badgley, follows Joe Goldberg—a psychopathic stalker-kidnapper-murderer who masquerades as a beguiling New York City bookstore manager and self-professed bibliophile. After a chance encounter with a beautiful blonde writer named Beck (Elizabeth Lail), Joe stalks her and eventually wins her affection—but not without killing off people within her inner circle first.

The chilling tale left viewers with many unanswered questions by the end of its first season, but now that You has been renewed, the show’s makers and actors have planted the earliest seeds of what’s to come next for Joe. Here’s what we know about You season 2 so far.

There’s no premiere date as yet.

You’ll have to hold tight for that information, unfortunately. Production began in February, and Netflix shared a snap from the table read, featuring stars Penn Badgley, Victoria Pedretti, and Ambyr Childers. But it will likely drop on Netflix later in 2019.

Season 2 is filming in Los Angeles.

The series heads out west for season 2. Sera Gamble, the series’ showrunner, told The Hollywood Reporter about the show’s change of location, and what it means for Joe’s character: “Joe Goldberg comes to L.A. and he is a die-hard New Yorker, so I can’t say that he comes to L.A. and he instantly falls in love with the place. At least at first glance, this is not Joe’s kind of town, which is delightful.”

People who watched the show will remember that Paco and his mother Claudia move to Los Angeles, so could it be possible that a Joe/Paco reunion is in the works?

The book You is based on has a sequel.

Kepnes has also hinted that there might be a third book in the series, so stay tuned; she told a fan on Goodreads, “You’ll get more Joe eventually.”

Who’s in the cast for the second season?

Penn Badgley indicated via Twitter that he’d be returning as Joe in the next season. Neither Shay Mitchell (Peach Salinger) nor John Stamos (Dr. Nicky) has been confirmed yet, though. Ambyr Childers will return as Joe’s ex, Candace.

Victoria Pedretti (The Haunting of Hill House) will be playing Love Quinn, the new female protagonist, who may fall for Joe Goldberg’s beguiling ways. According to TVLine, Love “is an aspiring chef who’s working as a produce manager in a high-end grocery store. Unlike her predecessor, she is uninterested in the world of social media, branding and self-promotion, focused instead on leading an interesting life. She is also tending to a deep grief—and when she meets Joe, she senses a shared knowledge of profound, life-changing loss.”

James Scully (Heathers) and Jenna Ortega (Jane the Virgin) have also been cast. Scully will be playing the role of Forty Quinn, Love’s brother. According to Deadline, “Forty is confident, opinionated and privileged—at his best, a charming buddy; at his worst, a razor-sharp bully.” Ortega will be playing Ellie, “a teenager who grew up fast in the big city,” who “takes care of herself and isn’t afraid to get into murky waters to make a little cash.”

Magda Apanowicz, Charlie Barnett, Melanie Field, and Marielle Scott have also been announced for You season 2. Barnett (Russian Doll) and Apanowicz (Continuum) will have close ties with Joe and Love in the upcoming season. According to Deadline, Barnett will play the role of Love’s best friend Gabe, an “acupuncturist and psychedelics aficionado living L.A. life to the fullest,” while Apanowicz will play Sandy, a woman from Joe’s past. Scott (Ladybird) will play “edgy-chic literary agent” Lucy. Field (Heathers) takes on the role of Sunrise, “a stay at home mommy blogger who raises a toddler with her partner Lucy in their gorgeous Venice Beach home.” Bringing the social media aspect to the second season,Sunrise is also “a new age wellness aficionado who’s monetized her interests with a popular Instagram.”

Beck will not be returning in season 2.

Elizabeth Lail sat down with Radio Times after the series premiered to Netflix to say that she will not be returning to the show—Joe did murder her character, after all. “I am sad to not continue that journey with him,” Lail said, referring to Badgley. “The unfortunate thing is, the woman doesn’t win in the end…and I’m so sick and tired of that.”

Despite the series making it clear that Joe murdered Beck after she found out about him stalking her and murdering her friends, fans got their hopes up that she might still be around. Joe’s ex, Candace (played by Ambyr Childers), not only appeared in flashbacks throughout the series, but also showed up alive and confronted Joe in the finale’s cliffhanger after he (supposedly) killed her. This made fans hope that Beck might also make an appearance in future seasons, even though Lail dispelled the rumour.

In theory, we’re not done with Dr. Nicky.

In the hopes of obtaining her freedom, Beck wrote a novel that framed Dr. Nicky, her therapist—whom she cheated on Joe with—for her kidnapping. After Joe killed her, he published the novel; Dr. Nicky was then arrested and sent to prison.

“Dr. Nicky is in prison and he is ardently protesting his innocence,” Gamble told THR. “It’s too soon to say definitely whether John Stamos will return in season 2 but we have been talking a lot about the character and we’re excited to keep telling that story.”

Should Dr. Nicky be released from prison, it could potentially cause major trouble for Joe—another loose end hanging around for him.

Joe has a lot of lingering “loose ends.”

“Part of the fun of continuing the story is that the loose ends from Joe’s past are still dangling and could come back to him at anytime,” Gamble told The Hollywood Reporter. “He is very worried about the fact that Peach Salinger’s (Shay Mitchell) family has hired people to investigate her alleged suicide, and there is evidence potentially still at her house.”

Season 2 will delve more into Joe’s past.

It’s safe to say that Mr. Mooney (Mark Blum), Joe’s caretaker and former bookstore owner, had a lot to do with the messed up way that Joe turned out later on. The flashbacks that Joe had of the older man were often scary, and showed him torturing Joe for his mistakes. The show’s following season will begin to explore their relationship dynamic in further detail, Gamble told THR. “There’s a lot more to explore about Joe from earlier in his life. Those are the things we’re starting to get into for season two.”

You is streaming now on Netflix.

Why Meryl Streep Disagrees With The Term ‘Toxic Masculinity’