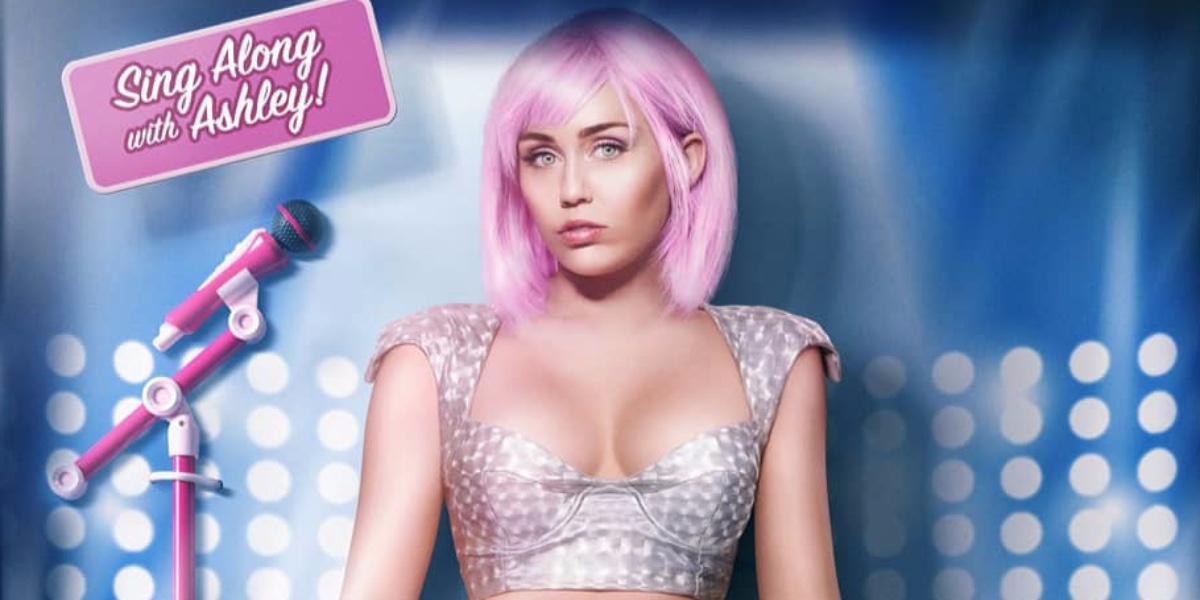 Miley Cyrus is a woman of many alter egos, her most recent from an episode of Black Mirror where Cyrus plays pop star Ashley O. In the episode “Rachel, Jack, and Ashley Too,” Cyrus sings a song called “On a Roll,” and if you’re one of many who thought it was a bop, you’re in luck! Netflix has released Ashley O’s music to streaming services everywhere.

Ashley O fans, this is what you deserve.
“On a Roll” streaming everywhere. pic.twitter.com/KRnQJz0BY3

Pop megastar Ashley O makes her debut on the US iTunes Song chart at #62 with “On A Roll.” pic.twitter.com/eIQky7ff6k

In the episode, “On a Roll” is the peppy track Ashley sings about empowerment and achievement. Miley as Ashley even shot a music video for the show, featuring her purple wig-wearing character in a pink bathtub and singing with backup dancers. However, Ashley is not feeling empowered making music she doesn’t care for, and feels controlled by her aunt and manager Catherine.

By the end of the episode, Ashley breaks free and performs a darker, punkier version of “On a Roll” in a club. Cyrus also sings during the episode credits, where a rehabilitated Ashley performs a cover of Nine Inch Nails’ “Head Like a Hole,” which she dedicates to her “shitty aunt.”

Cyrus hinted at Ashley O’s streaming debut earlier this month, while promoting her own album “She Is Coming.” A fan asked about her alter ego’s music and Cyrus gave the perfect response:

This New Photo Of Gigi Hadid Snuggling Her Baby Is Adorable