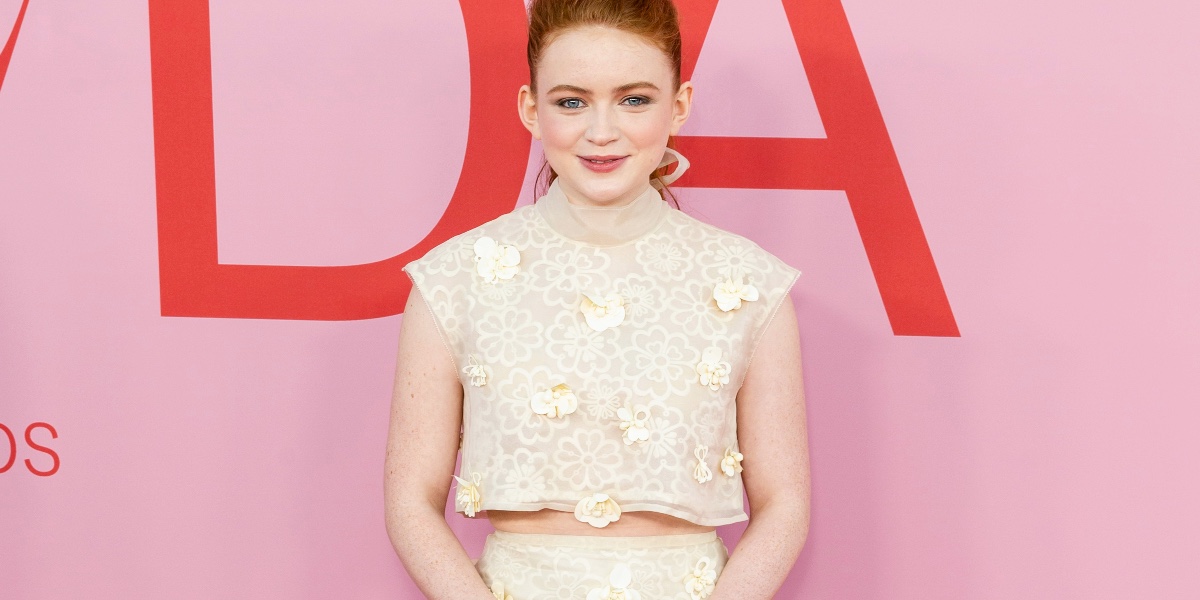 Sadie Sink went vegetarian four years ago, at the age of 13, on a dare. “I watched the Food, Inc. documentary and was like, ‘This has opened my eyes to the meat industry—maybe I should go vegetarian.’ And my friend told me, ‘Sadie, you’re not gonna last a week.’ But I’m very competitive,” says the New Jersey–based actress. That’s a trait she shares with Max, the skateboarding, video-game-dominating character she plays on Netflix’s beloved sci-fi series Stranger Things, which returns for a third season on July 4. But according to Sink, that’s about all they have in common. “She’s a lot cooler than I am. When I’m playing Max, I get to be this badass, and then I realize I’m just Sadie,” she says with a laugh. “I’ve definitely taken inspiration from her, though. She’s taught me to stand up for myself, and if I have an opinion, to let it be known.”

It’s a lesson that has served her well in our current climate in which stars are expected to speak out on politics and social issues. Sink, 17, has identified as a feminist since attending last year’s Time’s Up–focused Golden Globes. “I realised that as a woman you have an obligation to be a feminist,” she says. She also has no qualms about sharing her opinions on the environmental effects of our dietary choices. A year after giving up meat, she took things a step further and cut out nearly all animal products—thanks, in part, to the influence of longtime vegan Woody Harrelson, her costar in The Glass Castle. “His daughter and I had a three-day sleepover, and the entire time I was with them I felt good about what I was eating, and not like I was missing anything,” she says. Today, her go-to meal to make for her own family is a butternut squash and spinach lasagna. “It’s my dad’s favorite thing,” she says.

Sink has been acting since age eight (an obsession with High School Musical led to community theatre gigs and her first onscreen appearance, in The Americans), but Stranger Things catapulted her to a whole new level, and not only in television. She’s walked for Miu Miu and was a face for Kate Spade, and now she has two major movies on deck: the horror film Eli, out later this year, and the R. L. Stine–inspired Fear Street 2, about to start filming. As for the new season of Stranger Things, she can’t share too many details but is happy to report that her character and Millie Bobby Brown’s Eleven have “worked things out,” and that the whole crew will be dealing with “more normal teenage stuff, not just fighting demogorgons all the time.” She adds, “It’s nice to have that balance.”

What The 2019 Summer Solstice Will Illuminate for Every Zodiac Sign