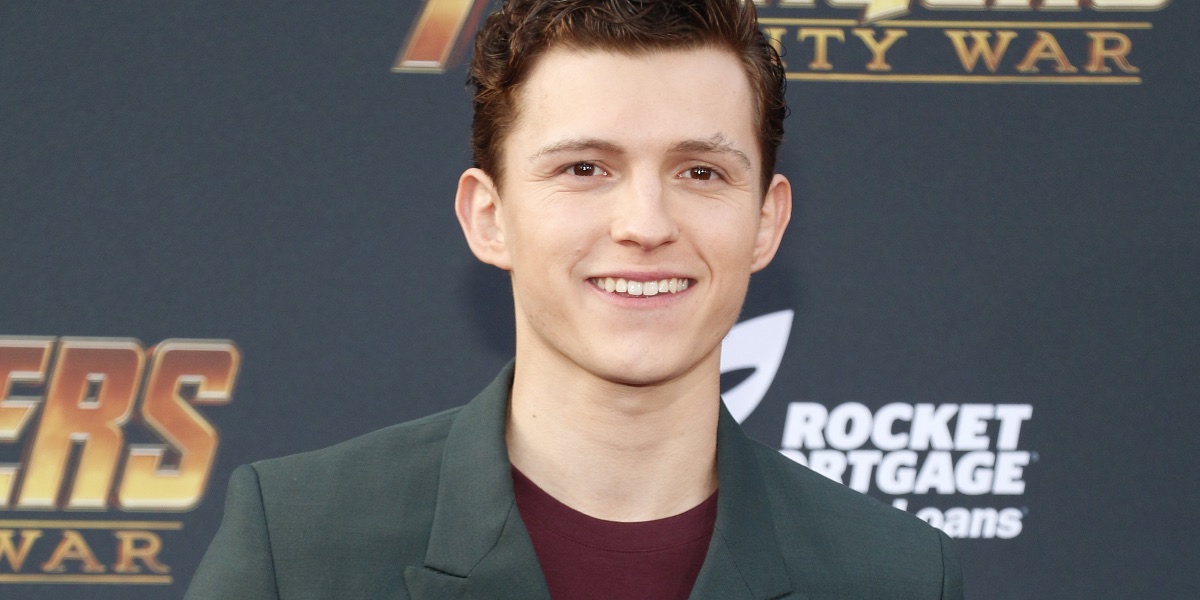 Tom Holland has nothing but love for all of earth’s living creatures. Except, ironically, for one. “You know, spiders are the one thing that creeps me out,” he says. And unfortunately, he’s had to encounter more than his fair share of fuzzy, shiver-inducing arachnids since being cast as Marvel’s latest Peter Parker.

“Every [on-camera] interview I go on, they’re always like, ‘Will you hold this spider?’ And I will, but I don’t like it!” he says.

With this month’s release of Spider-Man: Far From Home, Holland is marking his fourth spin as Spidey—and gearing up for all the promotional hijinks that go along with starring in a major summer blockbuster. Luckily for him, this is a magazine interview. And with no tarantulas in sight, the actor, 23, can let his guard down, telegraphing the rakish charm of a young Albert Finney.

Holland developed his affable, game-for-anything attitude during dinners at home in London with his comedian father, photographer mother, and three brothers. “My mom or dad would cook every night, and everyone would have to tell stories,” he says. “So when I’m on a chat show, it kind of feels like I’m at a family dinner, which is quite nice.”

As a child, Holland was a big fan of Janet Jackson’s “Together Again” and “danced to it relentlessly,” he says. His mom picked up on the fact that he had rhythm and signed him up for dance lessons at a hip-hop dance academy called Nifty Feet. “I loved it,” he says. “I was one of two boys in the class.”

At age nine, he was scouted for a West End production of Billy Elliot while performing with his Nifty Feet classmates. Later, he landed memorable roles in The Impossible and In the Heart of the Sea, eventually leading up to his dream casting as Spider-Man in 2016’s Captain America: Civil War. “This whole thing just kind of fell into our laps, really,” Holland says. “I come from the most un-child-actor household possible.”

But he cites his background in gymnastics, ballet, and tap as key to the spatial awareness necessary for playing a superhero. “When you’re high up on wires and dangling from harnesses, it’s really good to be able to control your core. I didn’t have to learn how the wires work—I just had to learn how to do it better,” he says.

Holland’s friend and Spider-Man costar Zendaya can also hold her own in the stunt department. A few years back, while filming The Greatest Showman, she invited Holland and Jacob Batalon (who plays Ned in the series) to visit her on set.

“I was standing there with Jacob, and I was like, ‘Oh look!’ ” Holland says. Zendaya was in the middle of filming a trapeze scene, balancing on top of a pole. “I remember thinking, There’s no way she’s going to jump off that—it’s like 60 feet. And then she jumped. We were gobsmacked.”

While the internet begs to differ, Holland and Zendaya are not dating. He’s not romantically involved with anyone at the moment but is “definitely a relationship person,” he says. “I’m not the fleeting type at all; it’s not my way of life.” But for now, he’s happy putting all his waking energy into his work.

When we talk, he’s on a break from one of eight upcoming projects, The Devil All the Time, a gothic drama co- produced by his friend and Spider-Man costar Jake Gyllenhaal. “I’m finding it challenging, because I’m not sharing the screen with a big 80-foot water monster,” he says. “It’s just me and Sebastian Stan sitting there having an intellectual conversation. For me, the green or blue screen is like a safety blanket, because I know I’m not going to be the biggest thing onscreen.”

Another project that will take Holland out of his comfort zone is Cherry, a film adaptation of a novel about an army medic–turned–bank robber, currently in pre- production. While reading the book, the film’s directors, Anthony and Joe Russo, saw Holland, whom they’d worked with in the Avengers series, as their ideal lead. “He has such a wonderful innocence to him, which is an amazing quality, but he’s a very complex person and has a lot of colours in him,” Anthony Russo says.

Even when it comes to one of his biggest fears. “I think we overlook how amazing it is that spiders produce webs,” Holland eventually comes around to admitting. “To manufacture [your own] house like that is pretty cool.”