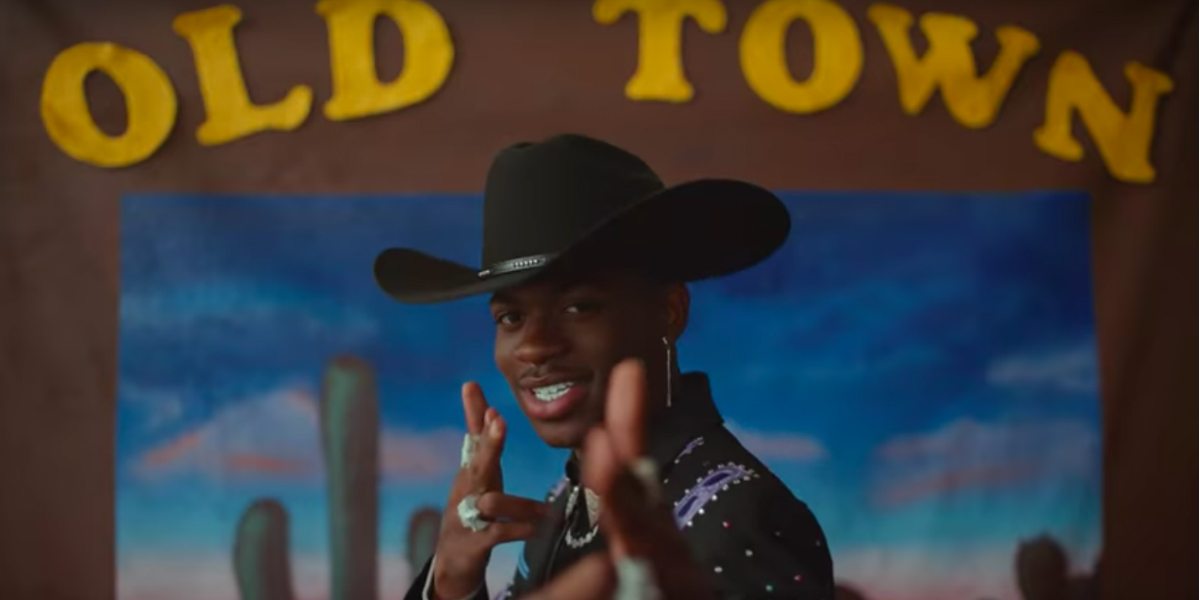 At this point we all know the banger “Old Town Road,” by Lil Nas X. But what you might not have known is that before it debuted on Billboard’s cross-genre Hot 100 chart, the Hot Country Songs chart, and the Hot R&B/Hip-Hop Songs chart all at the same time, the song got its start on the app TikTok, which allows users to create up to 60-second videos set to music.

Since debuting two years ago, TikTok has been downloaded over 1.2 billion times, according to Forbes, “mostly by teens seeking snippets of entertainment or looking to share their own rapping, dancing, or magic skills with the world.” It’s become a sort-of meme incubator giving birth to dozens of dance challenges, Internet jokes, viral trends, and, in the case of Lil Nas X, legitimate artists and content creators.

Here’s everything you need to know about the video app taking over every young person’s phone.

TikTok comes from the Chinese company ByteDance, and was introduced to the U.S. in August 2018, after it merged with the popular lip-sync app Musical.ly. Since its debut, TikTok has been downloaded more than 1.2 billion times, according to Business Insider.

The short answer? Teenagers. They are the primary users of the app and, despite terms of service that state you must be at least 13 to sign up, it’s also quite popular with tweens. As Rolling Stone writer Brittany Spanos put it, “TikTok is the first buzzy app to make me feel really, truly old, which sucks… [But] I realized that the most I’ve actively laughed thanks to the internet in a long, long time, has been thanks to TikTok.”

How do you create a video?

To the untrained meme-er it can be… a bit confusing. Basically, there’s a plus sign at the bottom of the app that opens your phone camera, which allows you to record yourself. You can select a song or sound set to your video, or add that in later (that’s how “Old Town Road” became so popular, people kept adding the song to their videos). But what make the app so fun, and what’s led to some of the more creative videos, is that its chock-full of creative tools for users to try out, like AR effects, which can do things like change the colour of your hair or eyes. Users also have the ability to duet on videos, and participate in viral trends or “challenges” that can be followed using hashtags.

One popular challenge is the “OH NA NA NA” duet foot-dance, below.

And another who specialises in ASMR-style nature videos.

How do you navigate the app?

The app is divided into two feeds: For You, an algorithmically generated stream of videos (comparable to Instagram’s Explore page), and Following, where you see videos from people you follow.

Wired gives a pretty detailed explanation on how to view a specific video and profile, below:

You’ll notice to the right of every TikTok video a series of icons. The first will take you to the profile of the user who posted it. Then there’s a heart, which functions just like hearts, or likes, on Instagram. Next are comments, then a right-pointing arrow for sharing individual TikToks to other platforms. Click the arrow if you want to copy the link to a specific TikTok, for example, to share it on iMessage. (One note for left-handers: You might find TikTok hard to use, at least at first, since it’s often right-oriented.)

The very last icon is a spinning record with music notes emanating from it. This represents the song excerpt the user is playing in their TikTok. Click on it to see the track’s name and artist, as well as a feed of other TikToks that also feature it. For instance, “Fake ID” by Riton and Kah-Lo—a particu­larly popular track on TikTok—has been featured in over 1.4 million videos, which are shown on the song’s page. These clips are likely not the full extent of “Fake ID” TikToks on the platform, but more on that a little later.

Is the app safe?

There’s been some recent concern over the safety of TikTok, especially considering how young its audience is. Buzzfeed even published a piece questioning the app’s supposed “predator problem.”

Do users make money off the app?

Once you get a certain number of followers you can monetise your videos through brand partnerships, selling your own products, or by using Live.ly. This is a live streaming feature on TikTok where users can “tip” someone they follow.

Tech Junkie explains how it works:

You buy emoji for real money and can tip them to streamers you like. The streamer gets a percentage of that tip (80%) split with TikTok. A streamer can earn some decent change doing this which can then lead to brands becoming interested and the income can grow from there.

However, a recent BBC investigation claims to have found influencers promising to share their phone numbers with TikTok users in exchange for money. According to the outlet, “TikTok said it would strengthen its policies and guidelines but did not explain exactly how.”

However, a recent BBC investigation claims to have found influencers promising to share their phone numbers with TikTok users in exchange for money. According to the outlet, “TikTok said it would strengthen its policies and guidelines but did not explain exactly how.”

Are there any celebrities on TikTok?