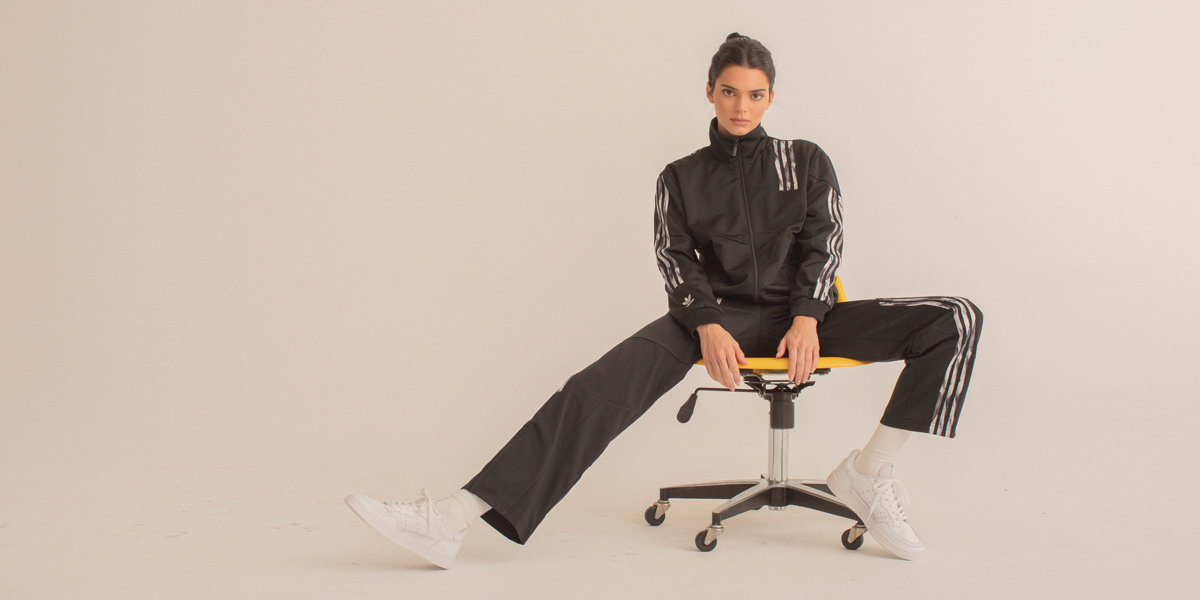 Today, July 15, marks the fourth chapter of Cathari and Adidas’ love story with a 23-piece collection of her signature deconstructed styles, only this time Cathari is designing “streetwear, but more ‘grown up,’ for both women and men.

“I wanted to evolve the concept of deconstruction that is always a big influence for me, and also expand the range into slightly more mature silhouettes,” Cathari tells ELLE.com. “It was also important to us that this time we had unisex sizing options for the guys as there was a lot of interest from them with the first collection.”

While the collection focuses on “communicating the concept of work from home dressing,” Cathari’s designs are ones you’ll want to show off. The ’90s-reminiscent Firebird tracksuit is now a more pared down version of the wide-leg iteration she introduced in her debut collection and made of smooth, recycled tricot fabric. An asymmetrical Adidas’ three-stripe tape finishes the relaxed fit. As for workwear, Cathari solved our problems with a boxy blazer and loose-fitting trousers and shorts created with soft pique fabric. Unlike her first colourful drop, Cathari’s fourth Adidas collection is cut in muted, washed tones, including “soft vision”—a light mauve shade—”running white,” black, and grey, save for a pop of orange and red.

While Kendall Jenner serves as the muse for this collection, the love isn’t one-sided. “She’s so talented, but even beyond that she is the sweetest,” Jenner gushes about Cathari. “I’ve always really resonated with a lot of the same inspirations and references as her—the contrast between masculine and feminine, baggy and tight, old-school and modern.” Adds the model, “She knows exactly what’s relevant for today, how we want to dress, and I think that’s why people have been so excited about her collections with Originals.”

Also exciting people? The chance to dress a little like Jenner, whose street style looks inspired the collection. “When designing I thought about Kendall’s lifestyle—off-duty at fashion week, going to meetings and then straight to see friends, constantly traveling and at events, and having an outfit for every moment,” Cathari said. “I think there’s a way to dress for work but still in a cool, young way and I wanted to give a new kind of dressing option for that scenario with this collection.”

The Denim Skirt Is An Age Old Staple, But Here’s How To Style It

Kendall Jenner Agrees To Pay US$90,000 In Fyre Festival Lawsuit