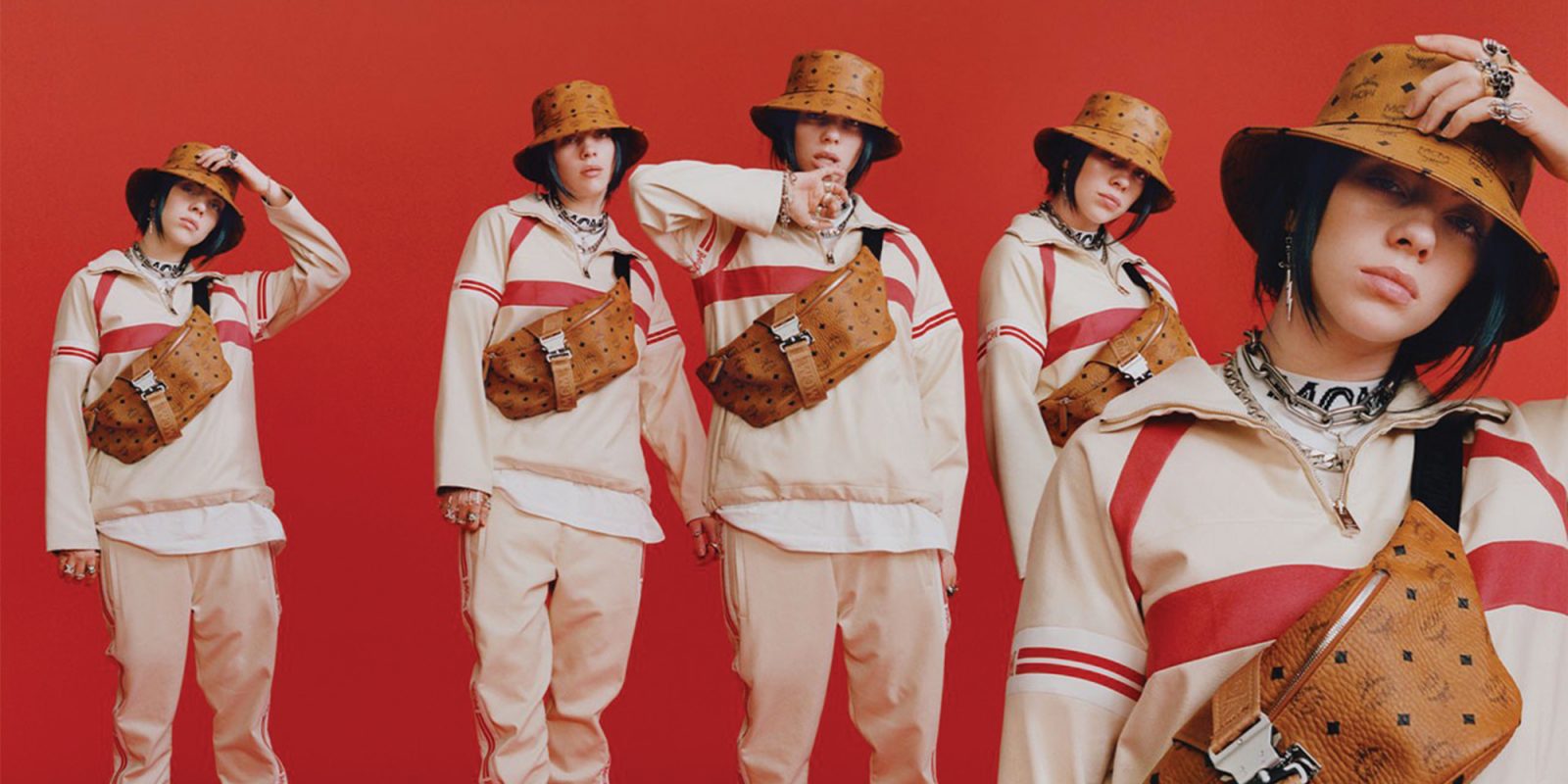 If you haven’t noticed, Billie Eilish is having a great July and we’re only halfway through the month. After teaming up with her idol Justin Bieber for the “Bad Guy (Remix),” the pop princess is now the face of MCM’s fall/winter 2019 campaign, the first campaign from Dirk Schönberger, MCM’s new global creative director.

“For me she’s a bit of a role model for younger generations, even though she would probably hate the word,” Schönberger told WWD. “I’ve seen her play concerts and she tells her fans to be themselves without holding back.”

Photographed by Lea Colombo, Eilish stays true to her signature style by layering an oversized cream and red MCM tracksuit over a white shirt with the MCM logo written around the neck, and MCM’s classic brown monogram bucket hat and fanny pack draped over one shoulder.

Elsewhere in the campaign, Eilish wears an oversized black sweatsuit with red strap on the wrist of the hoodie and on ankle of the pants, paired with a bubblegum pink MCM beanie hat. “I like to glorify the things that make people uncomfortable,” Eilish says in the promo clip posted to MCM’s official socials. It’s Billie’s approach to everything—fashion, music, etc.—that has made her the voice of Gen Z and a perfect match for MCM’s aesthetic.

“This is such a strong message at a time where uniformity is somehow on the rise,” Schönberger added. “She’s a game-changer: Not only is she disruptive, but it also feels like she can’t be corrupted. It’s not a marketing trick: She is that person. She really stands out in the current music scene.”

Jennifer Lopez’s Versace Dress Is Now Available As a Sneaker

Billie Eilish Posted The Nike Sneakers Version Of ‘The Dress’