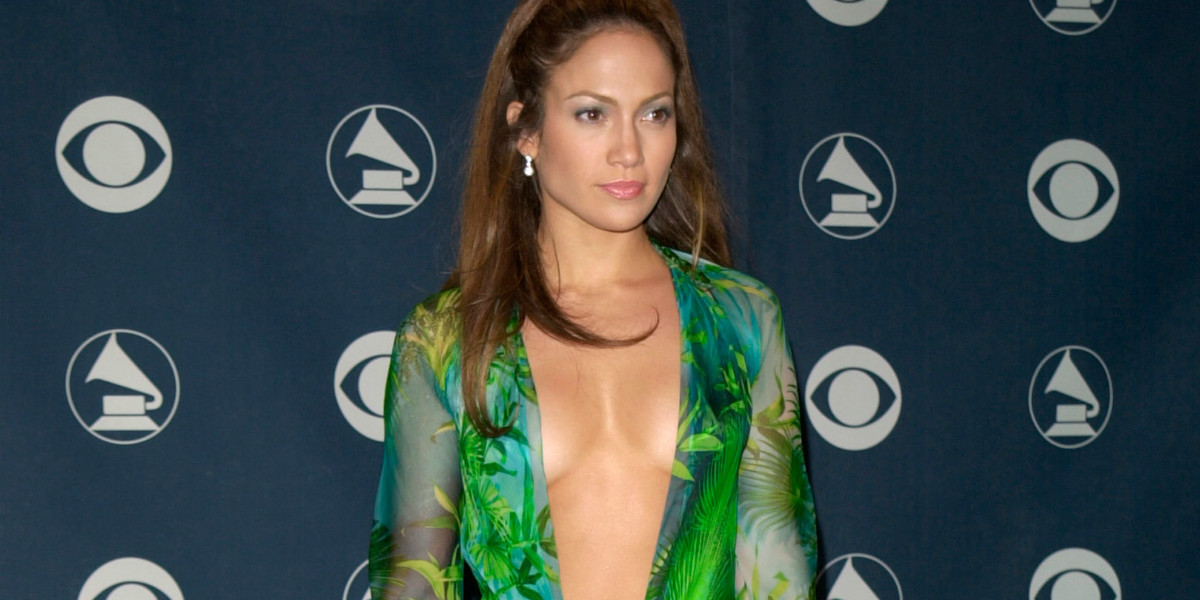 It’s been almost 20 years since Jennifer Lopez wore her iconic, Internet-breaking Versace gown to the Grammys, but it’s still making headlines…and shoes. The Italian fashion house has collaborated with Concepts to create a sneaker inspired by the dress in honour of its 20th anniversary and Lopez’s upcoming 50th birthday. The shoe’s leafy green design even has a nude tongue to replicate the gown’s deep neckline.

In a recent video on her YouTube channel, Lopez revealed that the legendary dress almost didn’t happen. In the days leading up to the Grammys, Lopez and her stylist were between the Versace dress and another, less daring option. Her stylist urged her to pick the other dress since the green gown had been worn three times already on the red carpet.

“Usually if you come to a fitting of mine, there are tons of dresses and tons of shoes,” she said. “There’s always so many choices. But this day we only really had a choice between two dresses. One was kind of like a white dress and the other was the Versace jungle-print dress…I put on the green dress and come out and Benny [Medina] goes, ‘That’s it. That’s it. Don’t even talk about it. That’s the dress.’”

Back in June at the CFDA Awards, Lopez revealed that after the 2000 Grammys, green had become her lucky colour.

“Since that moment, green has always been my lucky colour,” she said while accepting the Fashion Icon award. “It’s been around 40 movies, 11 albums, a couple of babies, a couple of divorces, but countless great moments [since that dress]. And as this night shows, there’s so much more to look forward to.”

How The Queen Chooses What To Wear Each Morning, According To A Former Royal Butler