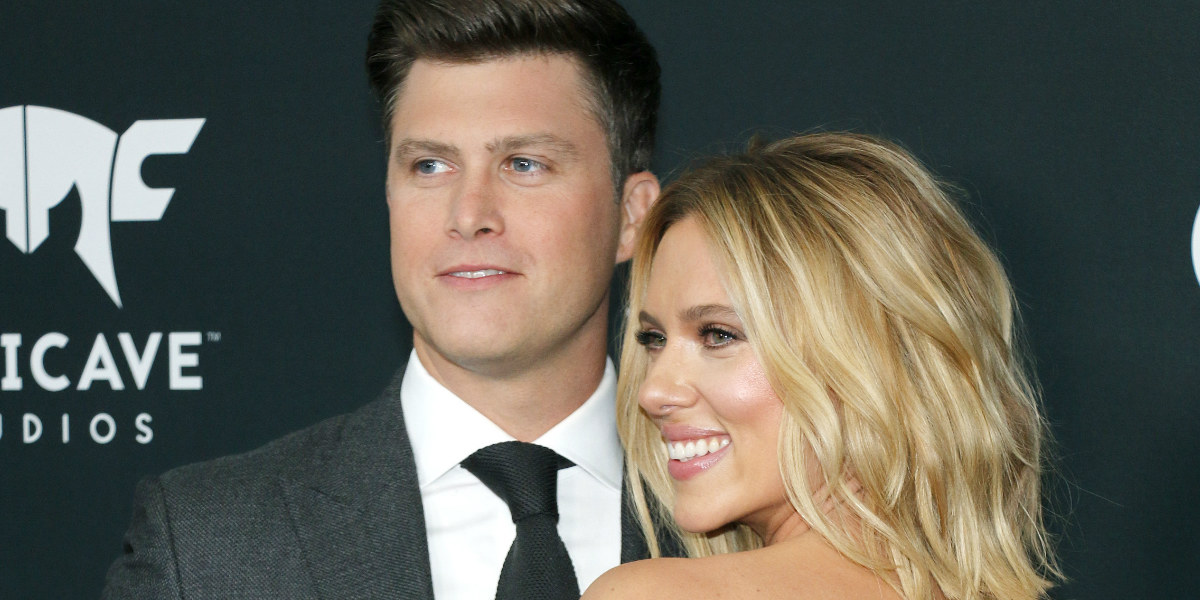 How The Queen Chooses What To Wear Each Morning, According To A Former Royal Butler

Some celebrities wear understated engagement rings. Scarlett Johansson isn’t one of them. The actress recently debuted a giant 11-carat diamond engagement ring given to her by fiancé Colin Jost. (Jost and Johansson got engaged in May.) This isn’t your typical engagement ring: it has more of an artsy setting. Also, 11 CARATS!!

Page Six reports the ring is believed to be by Taffin’s James de Givenchy who is the nephew of the Givenchy design house’s late founder Hubert de Givenchy.

The outlet spoke to diamond expert Alicia Davis, Shane Co.‘s VP of Merchandise, who told the outlet that “Scarlett’s 11-carat, light brown diamond looks to be a spin on two stone shapes, mixing an oval and pear to create an elegant egg shape. We can estimate a ring like this to be priced over $400,000.”

ELLE.com also reached out to two diamond experts, who estimated the ring could be worth anywhere between $200,000 to $450,000. The ring’s unique design makes it harder to peg down an exact price.

Exclusive! 5 Questions with Song Hye-Kyo On Her new Chaumet’s Bee My Love Campaign

Andrew Fox, president of SuperJeweler.com, said, “Finally! An interesting piece of jewellery. The gemstone is really intriguing. It could be either a brownish yellow diamond or an imperial topaz. The band could be carved, polished wood and it would be carved stone, such as onyx. Because it is a true work of art and so unique, even it’s price is hard to define. Possibly $200,000.”

Rare Carat‘s gemologists and data scientists, meanwhile, told ELLE.com that they estimate the ring would retail for $450,000. “The diamond has great clarity which is hard to find in a large fancy coloured diamond, especially a light brown,” Rare Carat explained. “The cutting style is different to the norm, too. It is cut as an ‘old cut,’ which is an antique style of cutting. You will notice an angular pear shape in the middle—that is an open culet which is how they used to cut diamonds before modern cutting methods were developed. The open culet means the base is flat, not pointy. If it is indeed a Type IIA diamond, it has the rarest chemical structure type for a diamond and the most coveted. This type has no nitrogen impurities. Famous large diamonds, like the Cullinan and Koh-i-Noor were also Type IIA.”

Here’s What Song Hye-kyo Has Been Up To

Van Cleef & Arpels’ Perlée Collection Is Their Most Versatile One Yet

Demi Lovato’s Engagement Ring Is Reportedly Worth More Than $2.5M