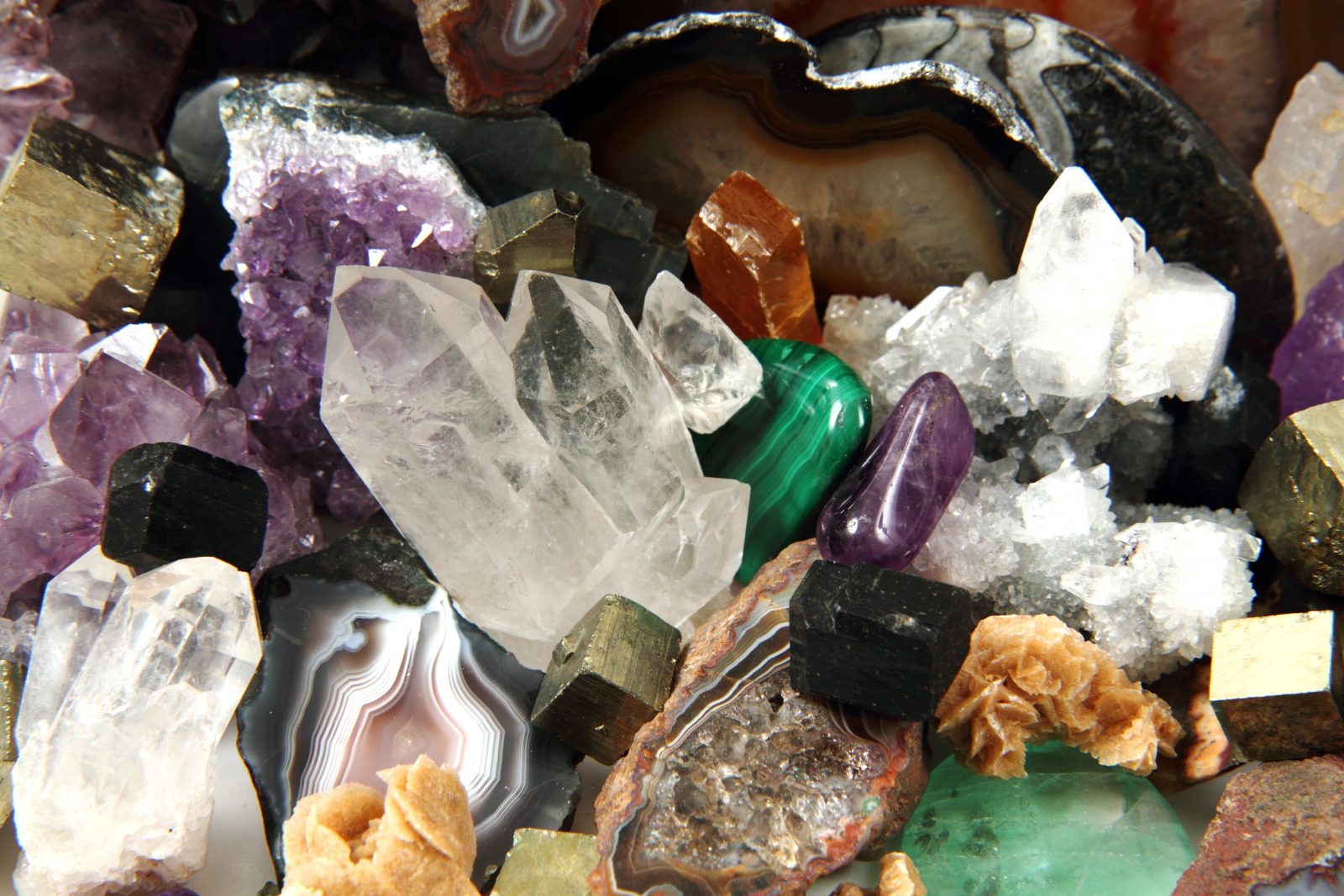 As old as Mother Earth, crystals, mineral rocks and gemstones have held audience captive with their sparkly, colourful selves, while some are shrouded in superstitions, for example, the opal or the pearl. In ancient Egypt, amulets for protection purposes were carved out of lapis lazuli, turquoise, and clear quartz, among others, while ‘malevolent spirits’ were supposedly purged with the wearing of topaz and peridot. In ancient Greece, Greek soldiers would mix powdered hematite in water, which was purported to help them gain invulnerability, and rub the resulting blood-red pigment onto their skin before marching into the battlefield. Even across the Middle Ages, poets and authors have been known to utilise imagery of crystals in their works to symbolise love or carnal desire.

This very fascination and obsession with crystals and mineral rocks have been carried down over the centuries and today, they seem to be a trend, or an inspiration, on its own — Jacques Arpels from Van Cleef & Arpels was a rather superstitious man who incorporated many of these stones to adorn his jewellery like a lucky charm. Celebs like Adele and Naomi Campbell swear by the magic of crystals and incorporate some stones into their daily lives. The English singer-songwriter seldom goes on stage without citrine, a yellow-golden crystal that has healing properties synonymous with success, clarity and abundance, while the supermodel is known to carry black tourmaline everywhere for protection and repelling negative vibes.

The millennial demographic seems to be enthusiastic purveyors of these crystals — guilty, as charged — and it’s easy to see why. In the book ‘Material Girl, Mystical World: The Now Age Guide to a High-Vibe Life‘, author Ruby Warrington posits a theory. “As our lives have become increasingly intertwined with technology, we’re yearning for practices that reconnect us to humanity or the earth,” she writes, hence the allure of spiritual healing as a New Age Movement — that is, if you choose to believe it.

The world of crystals can be daunting to navigate around. For first-timers, enlisting the help of a local crystal seller and getting acquainted with the crystals seem like an intuitive start. But there is more than meets the eye. Belicia Sun, who handpicks, curates and sells crystals online at Illa Nocte, reveals, “You have to ask yourself what areas in your life you want to work on before selecting a crystal that you have a personal connection with. To me, these crystals are aids or tools that open up avenues for introspection and bettering oneself.”

When selecting crystals at a local metaphysical store, I learned that it is wise to pay heed to the lineage of the crystals. You would want crystals to be procured cruelty-free from the mines. And when you do purchase one (or several), you would also want to practice spiritual hygiene by giving the crystal(s) a thorough cleanse.

“Definitely wash them with running tap water. [Crystal practitioners] believe that when the water [washes] the crystal, the negative energy will be cleansed. But salt-based crystals should never get in contact with water [as] they will dissolve if they do,” says Adi Rusydi, owner of Crystomania. “There are a lot of interesting methods too. You can use a singing bowl, or charge it under the full moon, or ‘smoke’ them with sage (hold the crystals close to the stream of smoke).”

“But what happens then, if one accidentally breaks these crystals?” I asked. Rusydi suggests burying the broken bits into soil in the garden and let it be with nature. “People always believe that if you drop a point accidentally, it could mean that the crystal has protected you from harm, and hence rendering it useless.”

While crystals themselves do not have an expiry date, the common practice of recharging and reconnecting crystals with nature is believed to help dispel the negative energy within them and bringing them back to their original high vibration frequency.

“We can charge crystals by placing them under moonlight or sunlight. It’s said that a full moon is best. However, some of the colour on the crystals, such as fluorite, will fade when exposed under direct sunlight for too long,” says Sun. “Other methods include, rinsing under running water, burying in soil, using other crystals like amethyst or selenite [which are known to be charging catalysts]. You can also burn incense, Palo Santo [wood] and sage to cleanse and charge [them] too.”

Crystal enthusiasts believe that different crystals contain different innate vibratory frequencies, which are assumed to influence the energy in the environment or the human body. In doing so, crystals used in healing effectively become a catalyst of change. “Crystals cannot make you rich or find [you] love overnight. To me, the motivation that comes from owning the crystals is an impetus of change,” Rusydi says.

What’s In A Name?

The terms crystal and gemstones are often used interchangeably but is there a difference? Yes!

Crystals, essentially, are substances that have molecules and atoms arranged in an organised structure, with a geometric growth pattern.The more common references to crystals these days are those that are in raw chunks, tumbled stones, beads, carved objects or in slices; all of which can be, and are, usually used in crystal therapy, an alternative (or complementary) form of healing, which involves harnessing the “good energy” from said stones to improve one’s wellbeing.

And gemstones… these are high-value crystals, much sought after for their beauty (which includes colour, clarity, among others), durability (or hardness of the stone), rarity, and how it’s cut and polished (for stone-setting jewellery with precious metals).

Nightmare Before Christmas: Gifts For Tough Relatives and Friends

The Hungry Ghost Festival Is Here. Are You Familiar with the Dos and Don’ts?

What Are Healing Crystals And How Should You Use Them?

Why Magic-Inspired Routines Are A Growing Beauty Trend