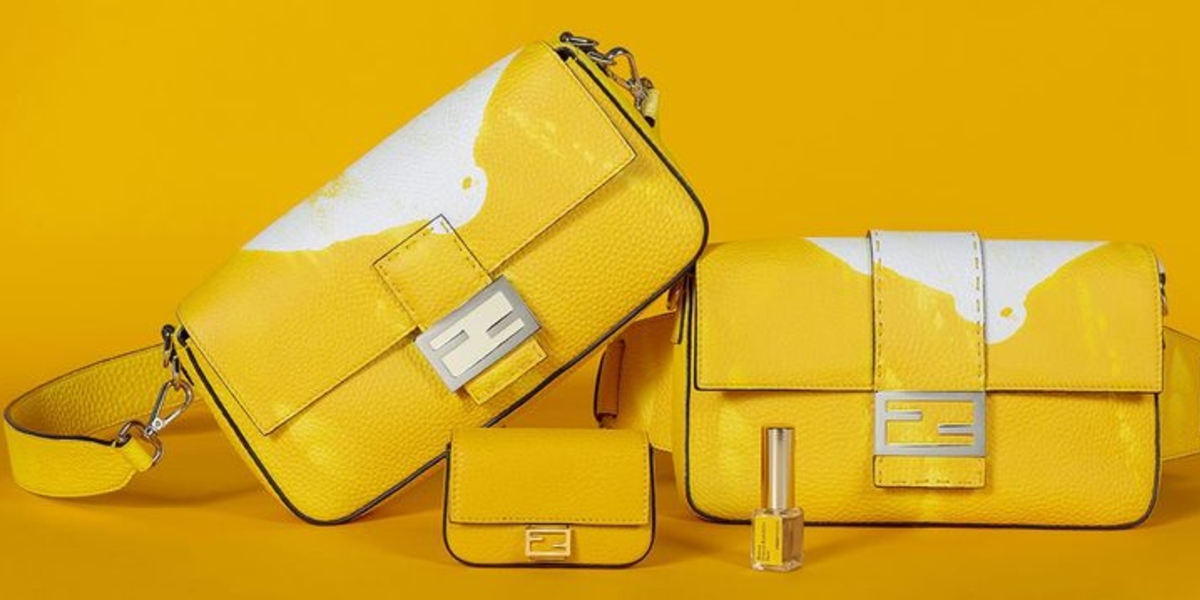 “This opera house I went to in Venice???”

“When I did a fitting at a couture atelier in Paris. The dressing room there.”

Behold the group chat of several fashion editors, all trying to pin down the smell of Fendi‘s new handbags. Like Diptyque candles and Elle Woods’ resume, they’re brilliantly scented. But the fragrance is more than fun; it’s fascinating. That’s because somehow, master perfumer Francis Kurkdjian created a fragrance that blends a whiff of luxe Italian leather with waves of vanilla, rose, and labdanum, a sap extract that smells like wine and tree bark.

When my turn came to inhale a coveted bag, I smelled Lucky Charms and Yogi Tea’s “Perfect Energy” blend―in other words, childhood Sunday mornings circa 1995. I half-expected Rugrats to start playing right there in the Fendi boutique. (Instead, the DJ blared Chaka Khan, which was great.) I took another huff and the smell morphed into new ballet slippers, the crisp pink ones with suede soles, fresh out of the Capezio box. One more sniff and the Baguette bag almost smelled like the sweet and salty tang of ocean water on your lips after a swim… and then Joanna Kutchta was behind me, waiting to whiff it herself.

Is the FendiFrenesia a mood ring for smells, turning molecules into memories in just a few inhales? Is it a weighted blanket for fashion people, meant to make us feel secure in a scary world? Or is it just, like, really pretty and pretty cool?

Much like the FendiFrenesia aroma, it’s all open to interpretation. But I did race back for one more deep breath of the limited-edition leather… Then I rejoined the Group Chat and typed, Totally Cabbage Patch Dolls. But also a guy’s sweater after you’ve stolen it and worn it to bed because you’re kind of in love… right?

Nobody texted me back.

This article originally appeared on ELLE.

Cryotherapy: The Low Down on This Chilly Beauty Treatment