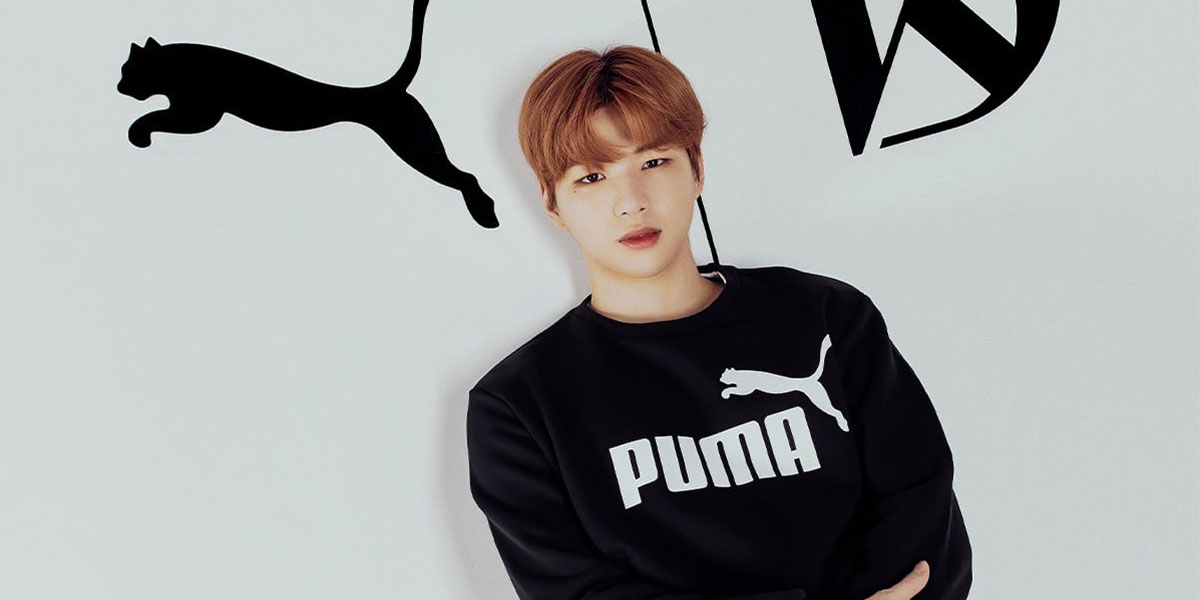 One of the brightest solos artists in K-pop today, Kang Daniel can now add the title ‘Puma Ambassador’ to his already impressive resume. The 23-year-old former WANNA ONE member has had quite a year in 2019—Making his solo debut, winning a court case against his previous talent agency and establishing his own company in KONNECT Entertainment. And now, 2020 is looking to be another successful year for this talented K-pop artist as German sportswear brand, Puma has announced that Kang will be the new face of Puma Korea.

The announcement was made via Puma Korea’s official Instagram page. According to local new reports, a source from South Korea’s Puma team stated that, “We felt that Kang Daniel possesses a multitude of charms, not only the professionalism and passion as an artist on stage, but also through the innocence and brightness when he’s interacting with fans.” The source went on to praise Kang’s impeccable taste in streetwear and styling that pairs perfectly with his positive persona. “We believed his signature trendiness and personality goes well with what we’re striving for at Puma,” the source said.

Puma Korea also teased that they will be releasing an exclusive capsule collection in collaboration with the dashing young star. The official announcement will be made on the brand’s official Instagram and we’re sure that his fandom (DANITY) will be waiting with bated breath for the collection to drop.

This isn’t Kang’s first foray into the world of fashion. His airport style has always caused a buzz and just last year, it was revealed that he was the new face of Calvin Klein Jeans. Since his debut as a solo artist last year, Kang’s popularity has soared, leading to multiple brand endorsements across fashion brands and even to beauty. Kang was also a brand model for Givenchy Beauty, diversifying the idea of “Men in Makeup”. He showcased the luxury beauty brand’s Le Rouge line in a photoshoot for Elle’s October 2019 issue.

Congratulations to Kang Daniel! What an epic start to 2020.