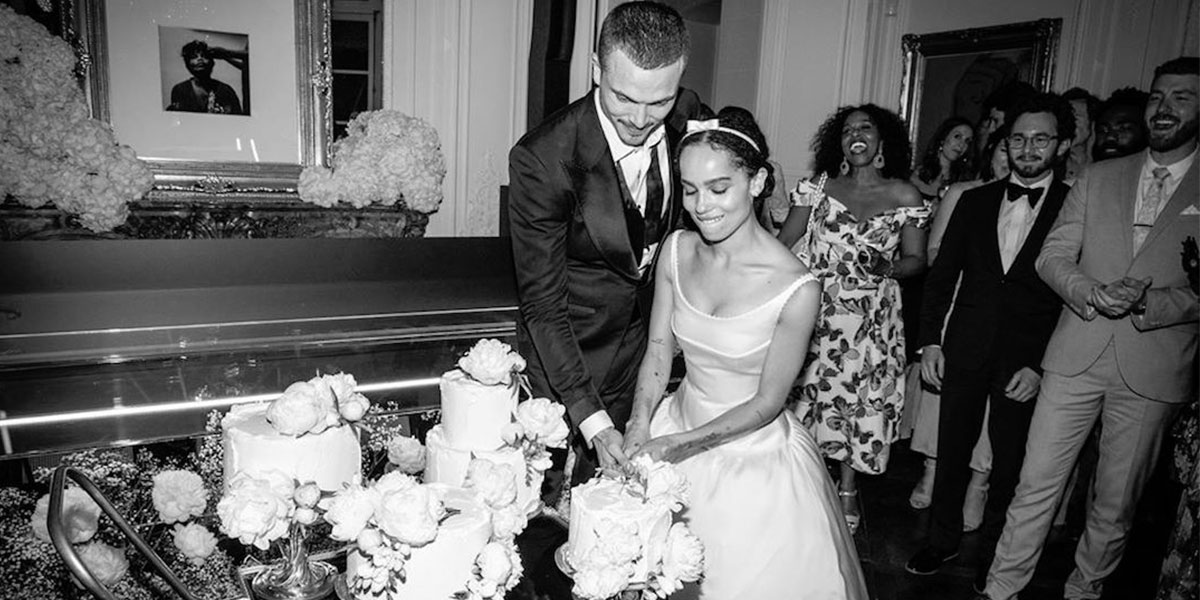 As 2019 ended, celebrities flocked to share their best memories of the year on social media. There were holiday snaps from Selena Gomez, a new photo of baby Archie from Meghan Markle and Prince Harry and, for those who tied the knot this year, adorable pictures from their special day.

Zoë Kravitz falls into this latter camp. The Big Little Lies actress was one of a handful of celebrity brides who married this last year – the 31-year-old exchanged vows with longtime boyfriend Karl Glusman in June.

The wedding was, naturally, as cool as the couple in question. The bride and groom married at father Lenny Kravitz’s Parisian mansion, wore matching leather biker jackets at the reception and had a guest list which included Reese Witherspoon, Shailene Woodley, Cara Delevingne, Ashley Benson and more.

The recent upload of photos from the big day show Kravitz’s bridal gown properly for the first time. The white boat-necked gown featured a bodice and a dropped waist, with a full skirt which skimmed her ankles. A week or so before these photos, Kravitz shared a photograph of friend Alexander Wang on Instagram to wish him Happy Birthday, where the wedding dress can be seen hanging in the background, indicating that he was the one to design it.

One particularly sweet photo shows Kravitz carrying her bridal bouquet, preparing to walk down the aisle (which were stairs) while her rock star dad, mother Lisa Bonet, Bonet’s husband Jason Momoa and their two children watch on.

In another batch of uploads, Kravitz cuddled up to Alicia Keys and in another, with her BLL cast-mates Woodley, Witherspoon, Nicole Kidman and Laura Dern. Commenting on the picture, Woodley wrote: ‘Best of all 2019,’ while Witherspoon concurred, writing: ‘Top moment of 2019!’

Big Bang And Epik High Will Be Performing At Coachella 2020