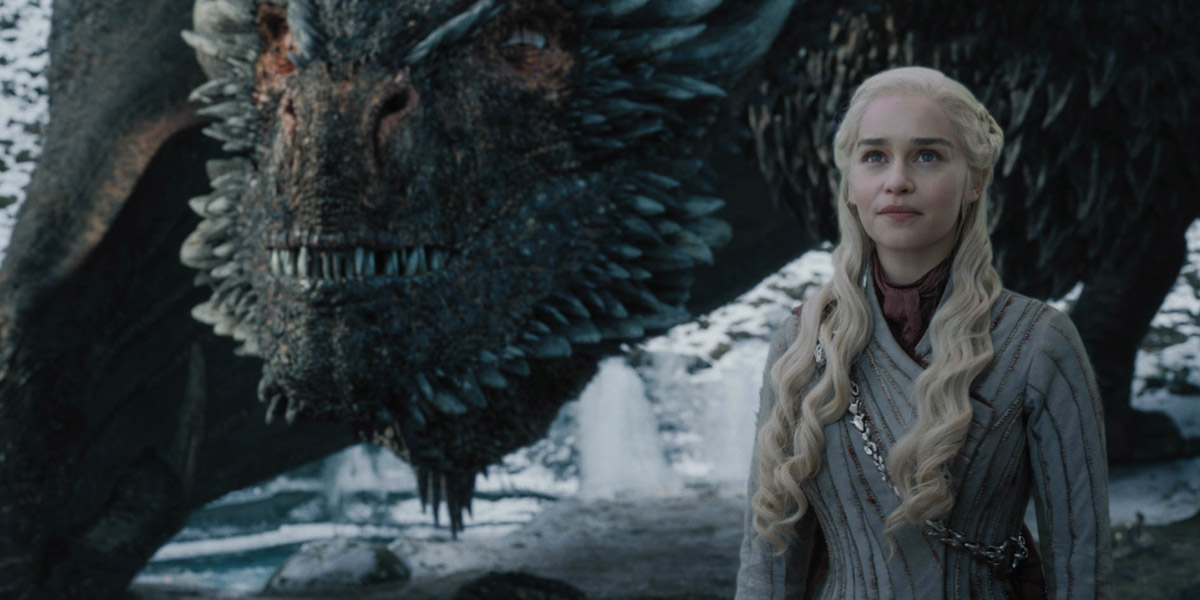 After months of drama surrounding the final season of Game of Thrones and its multiple prequel series, HBO finally ordered a spinoff, House of the Dragon. Yes, it’s about the Targaryens. And according to HBO programming chief Casey Boys, it has a “likely” premiere date—for 2022. Here’s everything we know.

House of the Dragon is based on George R. R. Martin’s book about the history of the Targaryen family, Fire & Blood. It’s set 300 years before the events of Game of Thrones, and according to the book’s description, answers such questions as, “What really happened during the Dance of the Dragons? Why was it so deadly to visit Valyria after the Doom? What were Maegor the Cruel’s worst crimes? What was it like in Westeros when dragons ruled the skies?”The Dance of the Dragons was a Targaryen civil war that affected all of Westeros, and Entertainment Weekly reports the new series will chronicle that event.

Deadline reports Martin is set to publish a sequel to Fire & Blood in the next year, providing further material for the series.

Martin and screenwriter Ryan Condal co-created the series, and Condal will serve as showrunner alongside director Miguel Sapochnik, who directed six episodes of Game of Thrones. No casting announcements have been made.

When will it air?

Bloys, HBO programming chief, told the Television Critics Association press tour (via Variety) that his “best guess” at a premiere date for House of the Dragon is 2022. While he couldn’t offer specifics on production dates he explained,“They are in the room breaking story right now. My guess is we’ll see it on the air in ’22.” That means there will be at least three years between the end of Game of Thrones and the beginning of its prequel spinoff. (Plenty of time to cool off about the final season, right?)

What about the other Game of Thrones prequels?

In May of 2017, HBO had five different prequel scripts in development from writers Max Borenstein, Bryan Cogman (who wrote 11 episodes of the original series), Jane Goldman, Brian Helgeland, and Carly Wray.

In July 2018, Bloys revealed at TCA that all scripts except Goldman’s were either shuttered or postponed. However, Deadline reported that Goldman’s show, starring Naomi Watts and covering the “Age of Heroes” and the first war with the White Walkers, would not move to series, despite shooting a pilot in June and rounding out a cast including Jamie Campbell Bower, Miranda Richardson, Naomi Ackie, and Josh Whitehouse.

When asked about the cancelled project at TCA in January 2020, Bloys told Variety, “Pilots—sometimes they come together, sometimes they don’t. And I would say that was very much the case here. There’s nothing I would point to and say ‘Oh, this was the problem.’”

“That [prequel] was 8,000 years before the current show, so it required a lot more invention,” he continued. “One of the benefits of House of the Dragon is there was a text from George and there was a little bit more of a roadmap. [Goldman’s prequel] did have more challenges in terms of establishing a world, but I think she handled that beautifully… there wasn’t one glaring thing.”

House of the Dragon is the only show with a series order, and it will build on the story by Cogman even though he’s no longer involved, according to The Hollywood Reporter. THR also reports that another, unnamed prequel is still in development at HBO.

Your First Look at Netflix’s Newest Fashion Reality Show, ‘Next In Fashion’