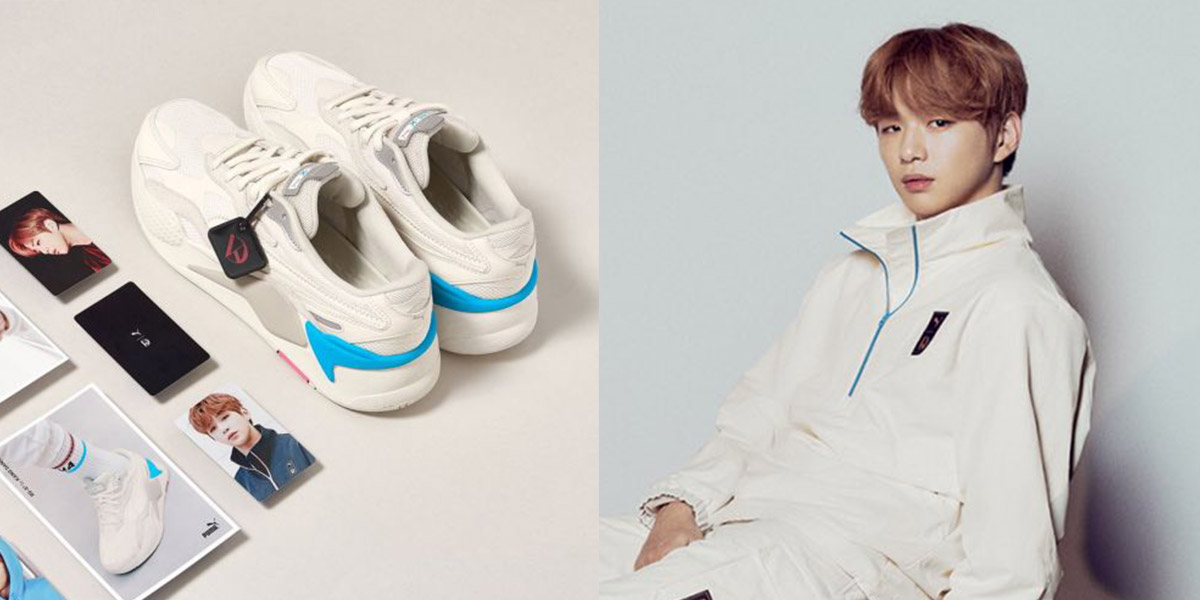 Jean Paul Gaultier’s Upcoming Runway Show Will Be His Last

From K-pop boy group member to successful solo artist and CEO of his own entertainment agency, 23-year-old Kang Daniel is not about to slow down any time soon. This year, it was announced that he was now the face of activewear brand, Puma in South Korea and in celebration of this union, Kang has worked on a capsule collection with the brand, which is set to launch very soon.

Yesterday, Puma Korea revealed the first glimpse of the highly-anticipated collection on their social media feed and we are living for these gorgeous promotional shots , with Kang heading the campaign images.

Kang Daniel and Puma Korea are releasing a special sneaker as part of the new “RS-X CUBE” campaign which represents Kang’s strong bond with his fandom (Danity). The chunky sneaker comes in a white colourway with blue and pink accents that reflects Kang’s youthful and sporty vibe.

The collaboration also has special photo cards that come exclusively when you purchase the sneaker.

In celebration of the launch of “RS-X CUBE,” Puma Korea and Kang has announced a promotional event called,“KD CUBE ROOM,” where fans will be able to enjoy exclusive content such as special unreleased videos, new merchandise, and a virtual video call with the young singer.

Campaign videos were also released on Puma Korea’s twitter with Kang modelling the full look. In one of the videos, we see Kang in a dance studio, showcasing some slick moves in his Puma RS-X Cube sneakers. You can enjoy the clips below:

Unfortunately, the collection is only available in South Korea for now at select Puma store locations. However, if you happen to be in South Korea during the first two weeks of February 2020 (and a huge Kang Daniel fan), be sure to drop by the KD Cube Room event at Puma Apgujeong Store in Seoul and Puma Gwangbok Store in Busan.

Jean Paul Gaultier’s Upcoming Runway Show Will Be His Last