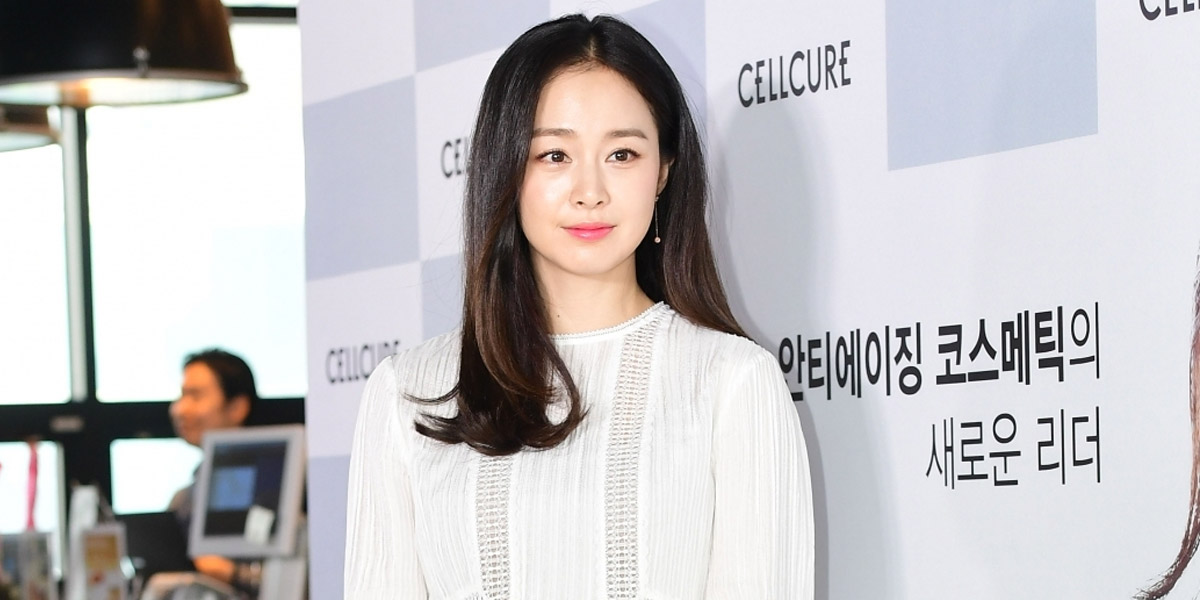 Leading to the premiere of her upcoming K-drama and her return to the small screen after a 4 year hiatus, Hallyu superstar Kim Tae-Hee has joined the social media world with her first Instagram post. The beloved 39-year-old actress has kept an incredibly low profile since tying the knot with megastar Rain, and focusing on raising a family of her own. Now that she has been blessed with two beautiful daughters, Kim is ready to get back into the swing of things and is slowly but surely re-entering the limelight.

Her first post befittingly celebrates her new television series titled Hi Bye, Mama. The actress poses next to a food truck that was sent by her fellow actor and good friend, Lee Hanee. Her caption reads, “Filming on set today, and Hanee sent me a delicious food truck~~ I was able to overcome the cold and sleepiness to regain my strength to finish filming well haha Thank you so much~~^^!!”

Kim previously had an Instagram account that she eventually deleted in favour of keeping a Low profile. Fans will definitely be delighted to hear that she is back on the Gram, sharing snippets of her life with the world. At the height of her popularity, Kim was unanimously touted to be one of the most beautiful women in South Korea, setting the standard of beauty in the country.

After all these years, she has astonishingly remained looking pretty much just as radiant as before. Hopefully she will give us a peek at her beauty routine, or even glimpses of her family life with her hubby, Rain. The two have been married for over 3 years and are viewed as a power couple in South Korea, similar to the likes of Beyoncé and Jay Z.

Her brand new drama, Hi Bye, Mama is set to premiere some time in February this year with Kim starring opposite Lee Kyu-Hyung. More details on the highly anticipated K-drama can found here.

Meanwhile, we’ll be Insta-stalking Kim till then.