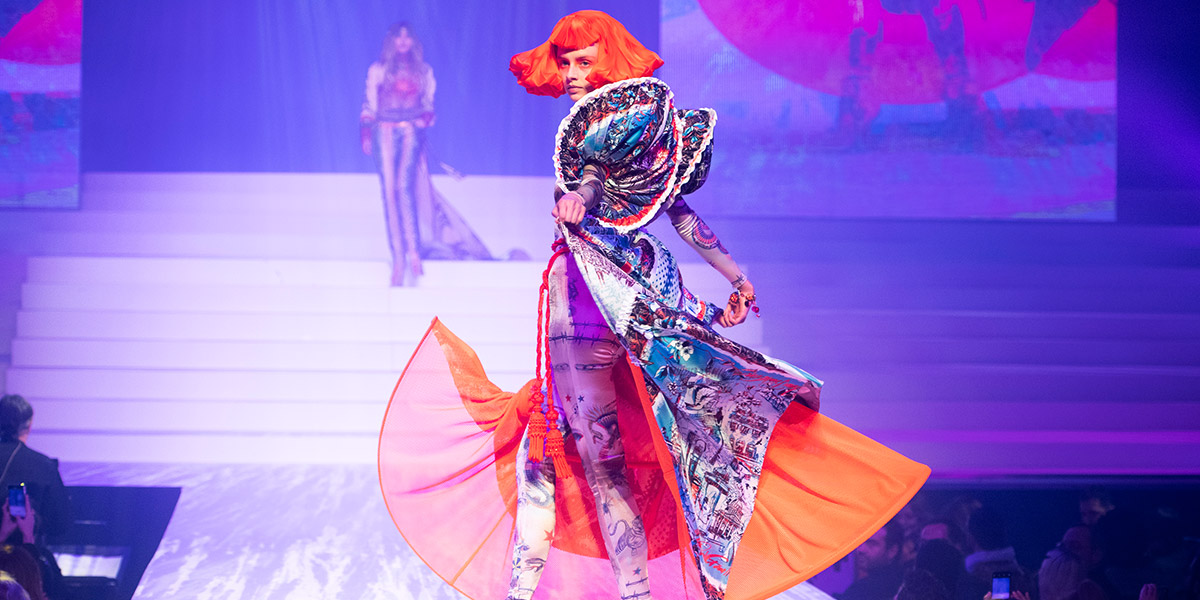 After five decades in fashion, revolutionary French designer, Jean Paul Gaultier announced that this haute couture collection will in fact be his last. And in typical Gaultier style, he ended it all off in a bang with a jaw-dropping Spring 2020 collection that spanned over 200 different looks. Not to mention the star studded runway featuring Gigi Hadid, Bella Hadid, Dita Von Teese, Coco Rocha, Rossy de Palma and so much more. This final show was a trip down memory lane, paying homage to his signature gender-bending designs while somehow achieving a sense of hope of what’s to come for the Jean Paul Gaultier house.

Louis Vuitton’s creative director, Nicolas Ghesquière were one of the many designers who turned up to witness this historic moment in fashion. “It is a very emotional moment,” he said, “He inspired us all, and he gave me my first big break.” Ghesquière had famously interned for Gaultier back in the day. The collection itself was the definition of haute couture. Every piece was rich with the French designer’s over-the-top, theatrical DNA and a treat for the eyes.

While it was definitely tough to narrow down, here are our favourite looks from Jean Paul Gaultier Haute Couture Spring 2020 show: