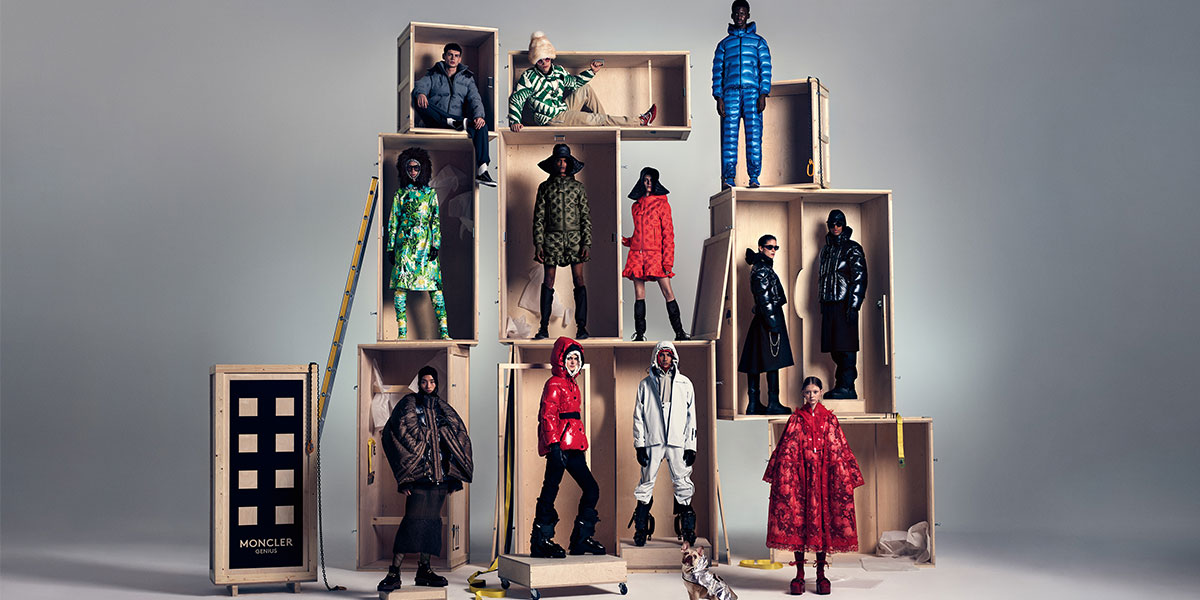 The Binge List: 8 New TV Shows To Catch On Netflix and Apple TV in February 2020

Two years ago, the French luxury brand of Moncler announced a unique collaborative project aptly called “Moncler Genius”. The concept lies in breaking the tradition of a brand having just one appointed creative director. Instead, the Moncler Genius project asks multiple creative directors to work for the same brand, creating their own individual collections that are released throughout the year. This allows the brand to tap into the “hype” market that focuses on limited collection drops while still allowing the brand to market new designs on a monthly basis. This year, British designer, JW Anderson has joined the league of Moncler Geniuses which includes Simone Rocha, Craig Green, Fragment Hiroshi Fujiwara, Richard Quinn and many more.

Adut, Sabah, Fatou, Ugbad, Eftagine, Assa, Ajak, Grace, Ayak, Akiima, Aube. “Change will not come if we wait for some other person or some other time. We are the ones we’ve been waiting for. We are the change that we seek.”Barack Obama Moncler Genius with @liyakebede #1

CEO and co-owner of Moncler, Remo Ruffini has been very careful about picking the designers to partner with, specifically looking for designers who have their own unique aesthetic and a loyal fan-base. Valentino’s Pierpaolo Piccioli was one such designer and presented his Moncler Genius collection consisting of futuristic yet dreamy puffer gowns at Milan Fashion Week 2019. Hence, we can expect a similar marriage between JW Anderson’s androgynous designs and Moncler’s signature down garments.

#LOEWEFW20 Menswear show – Look 1 A prom dress is slashed into an apron, hanging on the front of the look, like a 2D illustration. #LOEWE #ParisFashionWeek #PFW #Menswear

While Anderson is known for his eponymous womenswear brand, he is also making waves as the creative director of Spanish luxury house, Loewe. The collections he designed for Loewe blurred the lines between menswear and womenswear as Anderson deftly weaves key elements from each side, creating pieces that are highly unique, versatile and loved by all. This has led to a huge resurgence of buzz around the brand, attracting a newer, younger customer base.

We can’t wait to see what JW Anderson has in mind for his Moncler Genius collection, which we suspect will be revealed very soon, during the upcoming fashion week.

Kate Middleton Stuns In Alexander McQueen At The 2020 BAFTAS