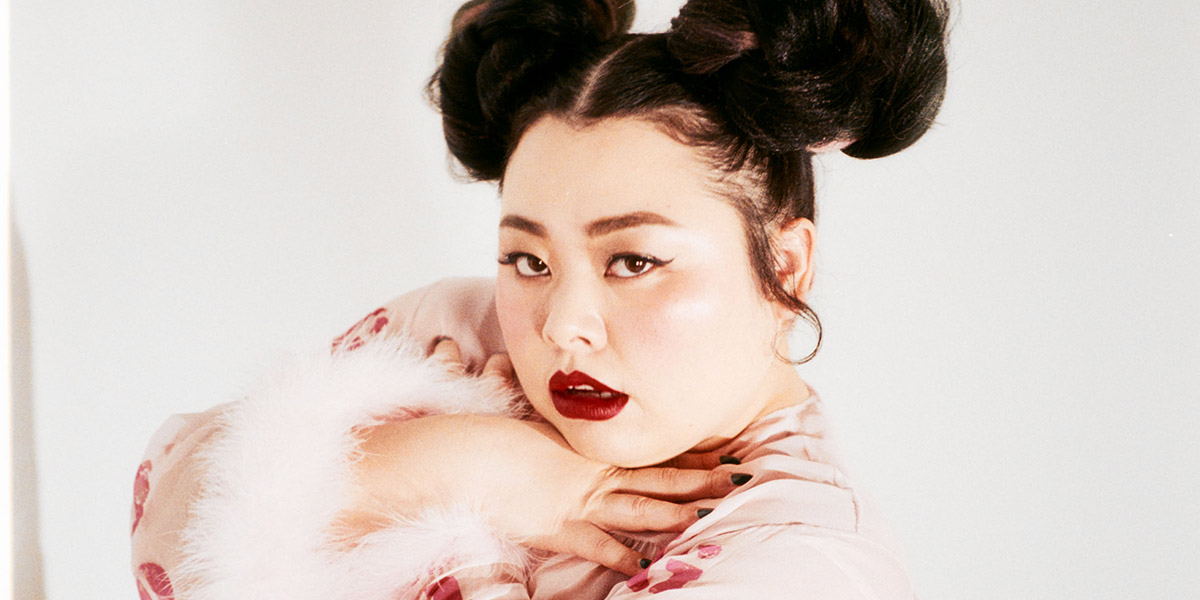 In Naomi Watanabe’s world, stranger things are a way of being. Weird is not a dirty word, but a weapon to wield, both in creating comedy and carving out a one-of-a-kind identity. To put a finger on the tipping point when her footprint in pop culture made its mark on the global map leads back to beauty behemoth SK-II’s advertising skits. The 32-year-old, who starred in its series of videos titled #BareSkinChat together with the likes of James Corden and Chloe Moretz last year, brought a jocular edge to the mind-numbing reputation of ads in general with offbeat antics. Its collective views on YouTube are in the tens of millions.

The campaign reverberated marketing and advertising realms, inspired corporate case studies, and minted Watanabe’s name internationally. She’s even infiltrated the fashion landscape as a front row fixture at runway shows, but most notably, this year sees the comedian take on the role of global brand ambassador of Kate Spade (an official announcement has yet to be made at press time).

The SK-II skits might be the first vivid memory of her for many who live outside of Japan, but it’s not the first time she broke the proverbial Internet. In 2008, when Watanabe was 21 years old and just getting started on her solo career after splitting up from a duo act (a two-person production being most popular format for Japanese comedy), she performed spot-on lip sync renditions of Beyoncé’s Dream Girls and Crazy In Love on a variety show. The audience lapped it up. Japan met Watanabe. She went on to leave few Japanese households unturned by regaling the country with comedy sketches, hosting variety shows, and more lip sync performances in the decade since.

Her early ascent elicits two frequently asked questions born of the nature of the comedy landscape then: (a) Was being a solo comedian tough in a sea of duos? “I liked being a duo and was looking for another partner, but I got a TV offer and started appearing solo. I’m very grateful for how it turned out. Sometimes it’s good to go with the flow.” and (b): What was it like as a woman trying to make it in a male-dominated profession? “There are some old school, vintage-minded people but I think the negativity has dissolved now. I don’t consider the gender imbalance a wall; it’s a tight-knit family and I have a lot of brothers.”

Watanabe hails from a complicated family, and pegged herself as an oddball growing up. “I’d do my laundry and not have time to dry it, so I’d wear a wet T-shirt to school,” she explained. “I tried to act normal to fit in but I knew I was trying to hide these things. When I became a comedian at 18, my fellow comedians were very accepting about what I thought was weird about myself.” This support system helped shift Watanabe’s self-perception, landing her on the page that such quirks could very well be her boon: “The things I thought were weird, I was able to turn into my weapon.”

That said, having an acute sense of humour—as is being charming, warm, shy or other facets of one’s personality — is still a rather innate quality. She remembers making people laugh as early on as pre-school. For that matter, this interview kicked off with a witty jest from Watanabe that had the entire crew cracking up. In elementary school and during lunch break, she’d make a funny face so that her classmates would giggle and spit out the milk they were drinking. Yet a God-given funny bone isn’t the only ingredient of a successful comedian.

Exclusive! 5 Questions with Song Hye-Kyo On Her new Chaumet’s Bee My Love Campaign

She recalls feeling shy in middle school, despite continuing to make people around her laugh, and it was around the same time that hopes of becoming a comedian bubbled up. “As a teen, I worked in service at restaurants, catering to people. I think becoming a comedian is a continuation of that — when I serviced people by making them laugh,” she muses. Contrary to the advice of her mother, she enrolled in comedy school, setting her on the path towards the profession that would end up giving her self-esteem the nudge it needed.

This is an except from the cover story of Naomi Watanabe who fronts ELLE Singapore’s February issue. Pick up your copy on newsstands and at selected bookstores.