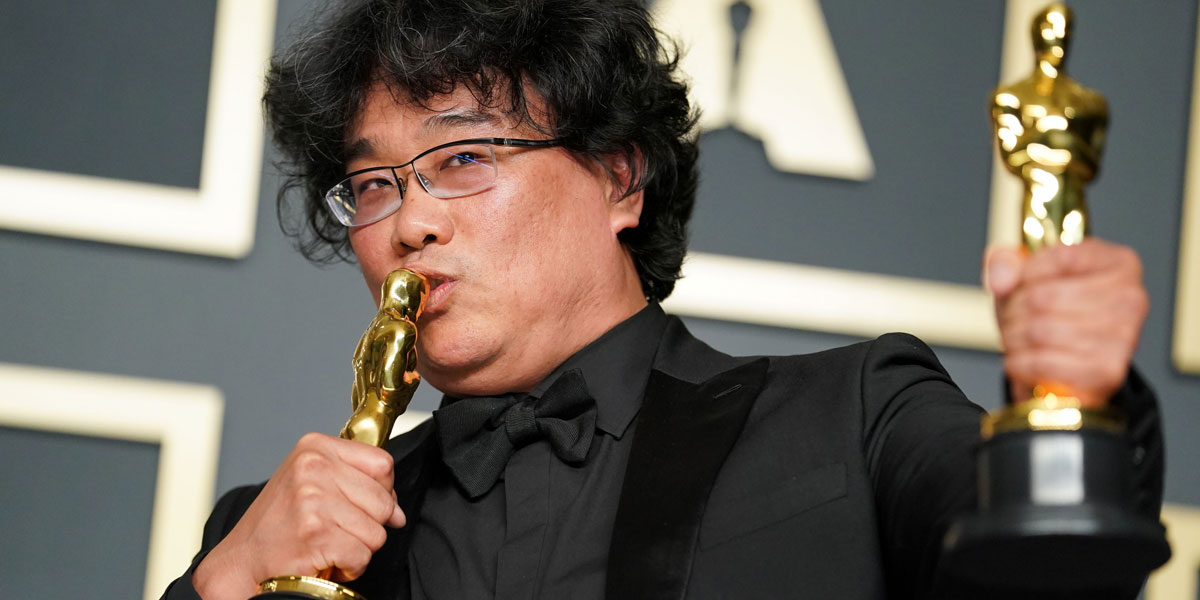 Spirits were high last night as South Korean film, Parasite took home four Oscars at the 92nd Academy Awards, including Best Picture and Best Director. It was a historic win, to say the least and an incredible underdog story for director, Bong Joon-Ho. It was a win not just for South Korean cinema, but for any film in a foreign language and a major win for Asians all over the world. Unfortunately, as with all good things, there were negative comments that surfaced online in response to Bong besting the industry legends in the likes of Martin Scorsese and Quentin Tarantino. One such “Negative Nancy” was American TV host, Jon Miller who took issue with the fact that Bong chose to relay his acceptance speech in Korean, his native language.

The BlazeTV host tweeted, “A man named Bong Joon Ho wins Oscar for best original screenplay over Once Upon a Time in Hollywood and 1917. Acceptance speech was: ‘GREAT HONOR. THANK YOU.’ Then he proceeds to give the rest of his speech in Korean. These people are the destruction of America.”

This tweet sparked outrage and backlash as his words carried with it a racist nuance that did not go unnoticed by the public. British comedian and host, Piers Morgan and American singer, John Legend came to Bong’s defence and called out Miller for his insensitive tweet.

After the significant backlash Miller received on social media, he clarified that “these people” were not in reference to Bong Joon-Ho and the cast but was instead referring to the Academy’s panel that chose Parasite over 1917 and Once Upon A Time In Hollywood in order to appear more “woke”.

“These people” are obviously not Koreans but those in Hollywood awarding a foreign film that stokes flames of class warfare over 2 films I thought were more deserving simply to show how woke they are.That should be clear from the rest of what I tweeted about tonight’s production.

Despite the clarification, understandably, many were still upset by Miller’s comments. It implied that Bong’s film was “given” the win rather than winning fair and square. Furthermore, implying that the Academy used Parasite as a pawn to appear “woke” in the current socio-political climate, reduces the huge impact of Bong’s win and at the same time, dismisses the film’s undeniable merit as a wonderful piece of cinema.

We think President Moon Jae-In of South Korea summed things up pretty nicely with his congratulatory tweet to Bong Joon-Ho. He compared the win to “the accumulated efforts of all who have made movies over the past 100 years (in South Korea).” He went on to say, “I am very happy that South Korean movies are now able to begin a new 100 years standing in comparison to world movies.”

Related article: Parasite Made History By Winning ‘Best Picture’ At The 2020 Academy Awards