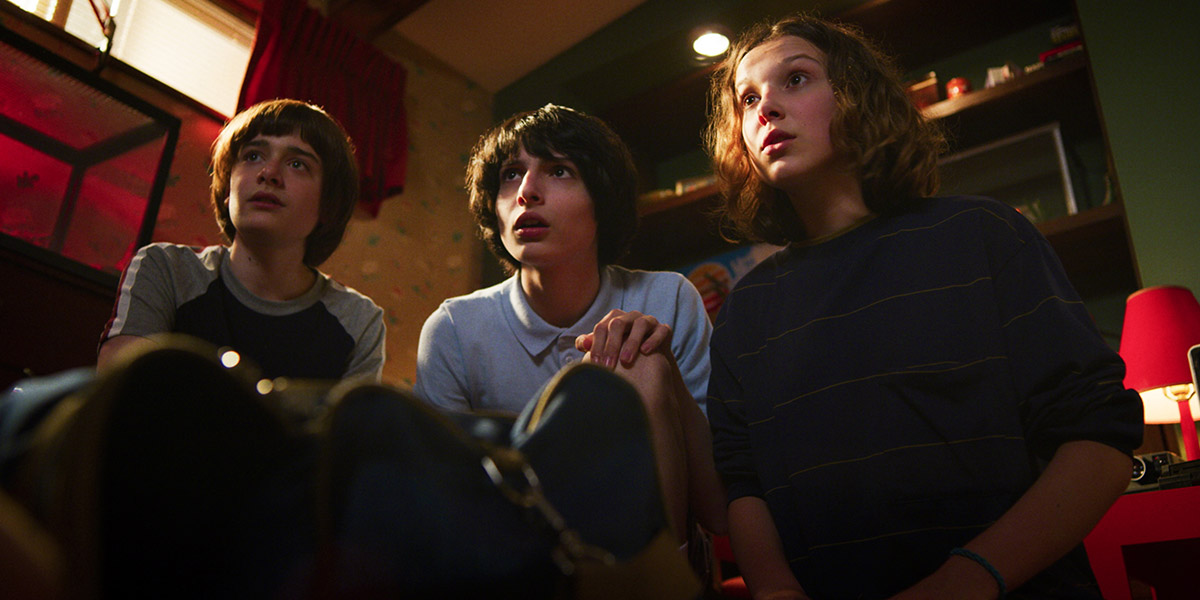 The start of summer 1984 in Hawkins kicked off with new (or impending) romances, new jobs, and new adventures for Eleven, Mike, Lucas, Dustin, and Will. But the gang’s summer of fun came crashing down in the last few moments of the season three finale when Joyce and Hopper switched off the Russians’ machines, causing an explosion that sees Joyce watching Hopper, another man she loves dearly (RIP Bob) die—or so we thought.

After the season three finale, we wept and we sulked for days, but today we smile! Netflix released the new teaser for Stranger Things season four and Chief Jim Hopper is alive and well, sort of. The teaser opens at what appears to be a Russian prison camp, with a group of men doing work in the snow. But as the camera scans the prisoners, it stops at a seemingly exhausted man who pulls off his work hat and looks back, revealing a bald-headed Hopper. If you recall, the season three finale post-credits scene picks up some time after the explosion and brings us to Russia where its revealed that an American is being held captive.

“We’re excited to officially confirm that production on Stranger Things 4 is now underway—and even more excited to announce the return of Hopper! Although it’s not all good news for our ‘American;’ he is imprisoned far from home in the snowy wasteland of Kamchatka, where he will face dangers both human…and other,” the Duffer Brothers, Stranger Things‘ showrunners, said in a statement. “Meanwhile, back in the states, a new horror is beginning to surface, something long buried, something that connects everything…”

My guess for how all of this will pan out? Joyce, Eleven, and the rest of the crew will devise some elaborate plan to travel to Russia to save Hopper. However, at the end of season three, Eleven’s powers seemed to stop working, so who will the gang rely on for support, especially if a new threat wreaks havoc in Hawkins?