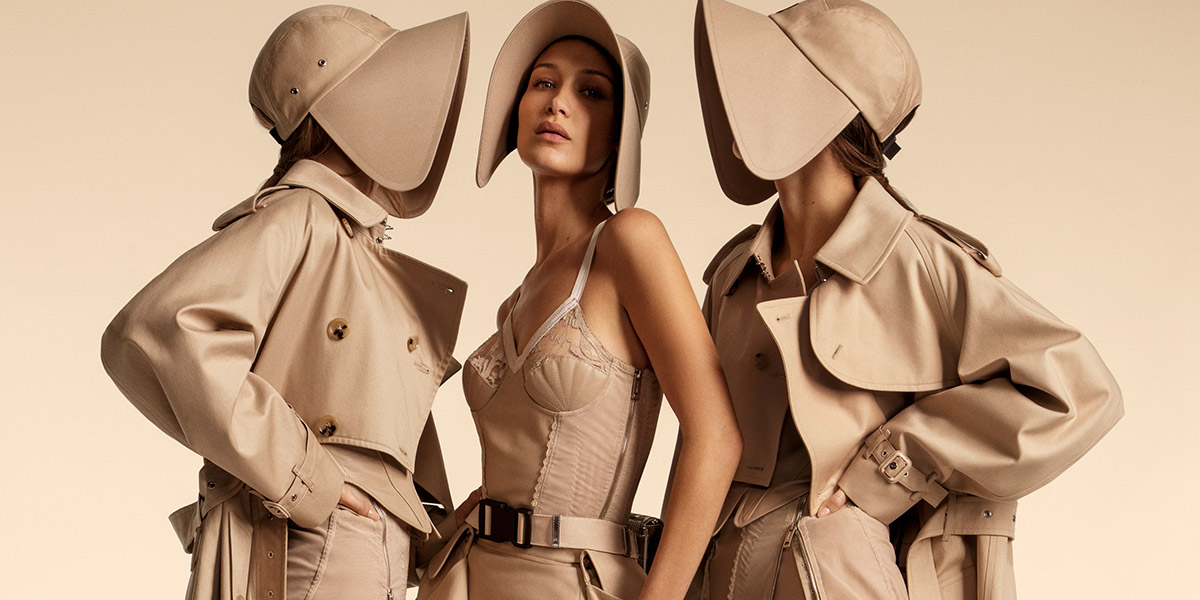 When Riccardo Tisci moved to the House of Burberry, sceptics raised an eyebrow as many were wondering how the Italian designer would integrate his strong streetwear aesthetic into this heritage brand. Unbeknownst to some, Tisci actually has a strong connection with London, having studied there in his youth. “It was the place where I learnt to be myself and a city where I gained the confidence to be the man that I am today,” Tisci revealed. Hence, as the Chief Creative Officer of Burberry, Tisci explored what that nostalgia and memories around London and his days of youth meant to him with his fall/winter 2020 collection for the house.

Held at Kensington Olympia in London, Tisci unveiled a star-studded runway along with his highly-anticipated collection. Top models such as Bella Hadid, Gigi Hadid, Irina Shayk and so much more strut down the gridded runway dressed in Tisci’s interpretations of the classic Burberry house codes. New iterations of the Burberry trench layered over different combinations of checks gave the collection a look that feels “thrown together” in the best way possible. The clashing check patterns, tartans and contrasting textures have a more laissez faire vibe rather than being too deliberate. This is the essence of Tisci’s Burberry.

We see more references to Tisci’s memories of London in the rugby inspired corset pieces and fur trimmed coats in beiges, tans and earthy green tones. There were also beautiful evening gowns with stitched cut-outs, giving Burberry an edgier tone as flashes of skin peek through. “I wanted to blend with the codes and language that I have started to define
here at Burberry,” Tisci explained.

All we can say is: Mission accomplished.