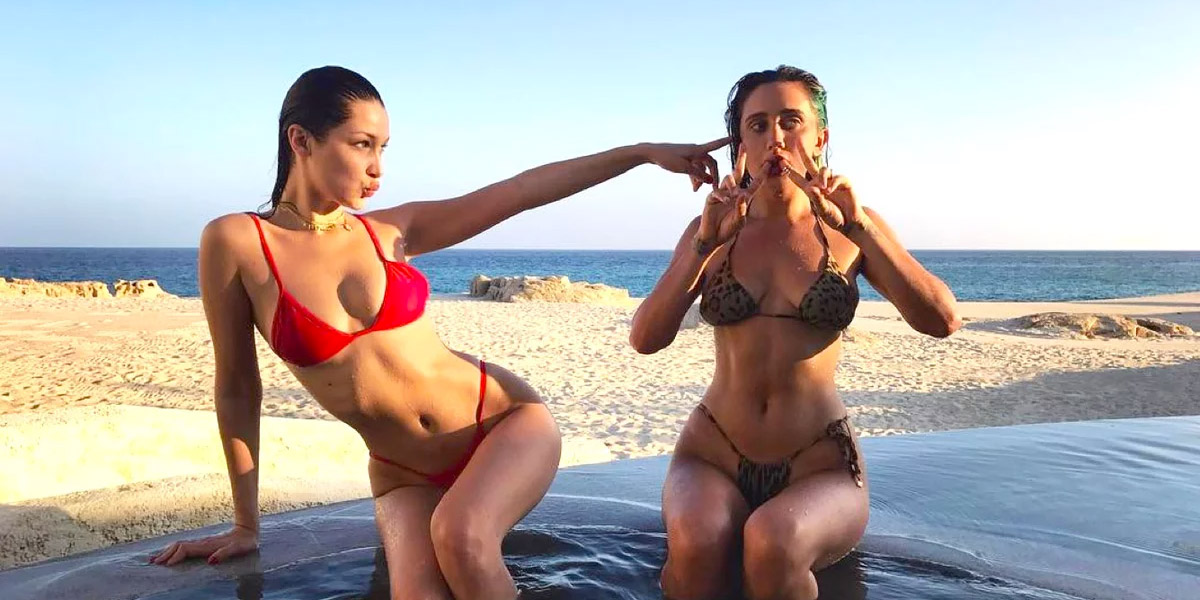 ELLE Cover Star, Yara Shahidi On The Art of Conversation, Being A Nerd & Activism

One of the biggest beauty trends to come from the early aughts was Brazilian waxing. Thanks to the J Sisters who pioneered the hair removal method, gone were the days of balancing one foot on the toilet while the other was firmly pressed on the ground to capture each and every hair in your pube region with a razor or, dare I say it, Nair. Unfortunately, the latter was my history with hair removal until I grew old and brave enough to finally book my very first Brazilian wax appointment. Will I have my leg suspended in the air a la Carrie Bradshaw in the Sex and the City episode? Well, I was about to find out.

Conjuring up the courage to get a Brazilian was a challenge in itself. Upon arrival at my local European Wax Center, I immediately switched my initial Brazilian appointment for a bikini line wax and became the laughing stock of my group chat that day. But, I couldn’t go out like that. On a mission to redeem myself, I switched back to a Brazilian wax and my wax specialist, Christine, was extremely understanding.

I was instructed to remove my pants and lie down on the red waxing table with my knees bent and legs apart. After applying a cleaning solution to my private area, followed by a pre-wax oil (“It creates a light barrier between the skin and the wax,” she explained), I peered over my bent knee to watch her stir the wax until it was hot and ready to be applied on my skin. “This was a good idea,” I kept reassuring myself, as she gently lathered the hot purple wax on to my skin and boy was it hot. I’m no glutton for pain, so I shrieked and winced when she ripped off the initial glob of melted wax.

Unlike waxing eyebrows, chins, and underarms, Brazilian waxing doesn’t require any paper strips. However, the more she waxed, the easier it was to bear the pain because we developed a little system: inhale as the wax is applied to your skin, exhale when it’s time to remove. Christine then applied European Wax Center’s Smooth Me Ingrown Hair Serum to calm the skin down. What felt like a lifetime of agony only turned out to be a 20-minute session, but I’d be lying if I said I would not return. In fact, I already booked my next appointment.

If you, too, are a wax newbie and curious about the procedure, here’s everything you need to know before getting a Brazilian wax.

What is a Brazilian wax, exactly?

There’s a bikini wax, where hair on the sides and top area along the bikini line are removed, and then there’s a Brazilian, which leaves your entire pubic area bare (!). A Brazilian wax removes all the hair from your bikini area (top, sides, and front), and those hard-to-reach areas in the back. Simply put: everything goes. You can opt to leave a “landing strip” or a triangle, choice is up to you.

Any procedure that requires removing the hair out of follicles is going to be an unpleasant experience. “The good news is, when you start waxing consistently, what we’re doing is training the hairs to come out at the same time so they can grow in at the same time,” Christine said. “The first time hurts the worst, especially if you’ve been shaving, but once your hair structure starts changing because of waxing, it becomes so much easier and less painful.”

How can you prep for a Brazilian wax?

Pop an ibuprofen before your arrival, I didn’t and felt every rip! “Wear loose-fitting clothes,” Christie suggested. I didn’t. “Also, bringing a new pair of underwear is better than re-wearing the one you’ve been wearing all day.” Also, don’t shave! “When you’re shaving, the hair is cut down to different levels, which makes it harder for the wax to grip. If you shave even once after getting a wax, it’s like starting all over again,” she adds. After a wax, it takes about three to four weeks for hair to grow back.

Can you wax on your period?

While your skin may be super sensitive during this time, you can absolutely wax on your period. “As long as you’re wearing a tampon in because there is more blood flow to that area of your body, the skin will be extremely sensitive, as everything is during your menstrual cycle.

How long does a wax last?

It takes about three to four weeks for your hair to start growing back (this can be longer or shorter, depending on the person). Christine also suggests allowing your hair to grow as least as long as the length of a rice grain before scheduling an appointment.

How do you care for your freshly-shaven skin afterwards?

“It’s important to exfoliate every other day because you need to get that dead skin off the surface or it will get trapped into the hair follicles and block the hair from growing out. This is how ingrown hairs are created,” she said as she applied an ingrown hair serum to my skin. “Avoid any sweaty activities, sun exposure, public pools, or jacuzzi, having sex, and showering with very hot water [immediately] after getting a wax.”

What Is Microdermabrasion & Why Do You Need It?