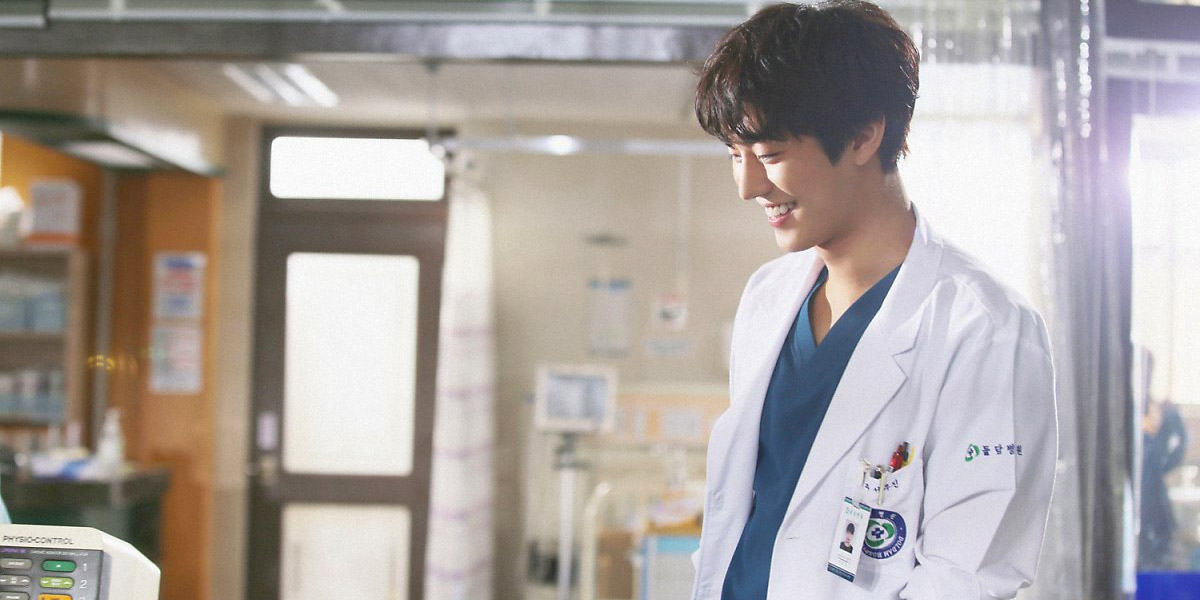 For those who have been waiting for the series to end before beginning the Dr Romantic 2 binge, you may begin! The medical K-drama finished strong by achieving its highest ratings nationwide at 24%. If that isn’t an indicator of a great drama, perhaps the mention of gorgeous stars like Lee Sung-Kyung and Ahn Hyo-Seop will be enough. The two provided the romantic in Dr Romantic, thanks to the costars’ palpable chemistry and… incredible good looks (we can’t get over it!). In an interview with hosts of Night of Real Entertainment, 24-year-old Ahn discussed the much-buzzed about kiss with Lee in the season finale of the series.

“The kiss scene was the last scene for the entire filming,” revealed Ahn, “It was not easy to do it sober, so I took out a bottle of wine sitting in the director’s car and filmed [the scene] after drinking one or two glasses.” Impossibly, this revelation makes him even more adorable. Ahn also talked about the multiple couple scenes the two had to act out, “It was hard and there were many bloopers at first,,” he said, “but I grew a thick skin towards the end.”

The fresh-faced actor has gained over one million followers on Instagram due to Dr Romantic 2’s popularity. This is saying something as he previously starred opposite Park Bo-Young in another popular K-Drama, Abyss. On his massive surge in popularity, Ahn had this to say, “I can’t really feel it in real life. There aren’t many chances to meet fans since I’m only on set.” He went on to day, “It made me think that this is like the account of a real celebrity. There are many supportive messages and I’m also receiving support while reading other messages that are sent to me.”