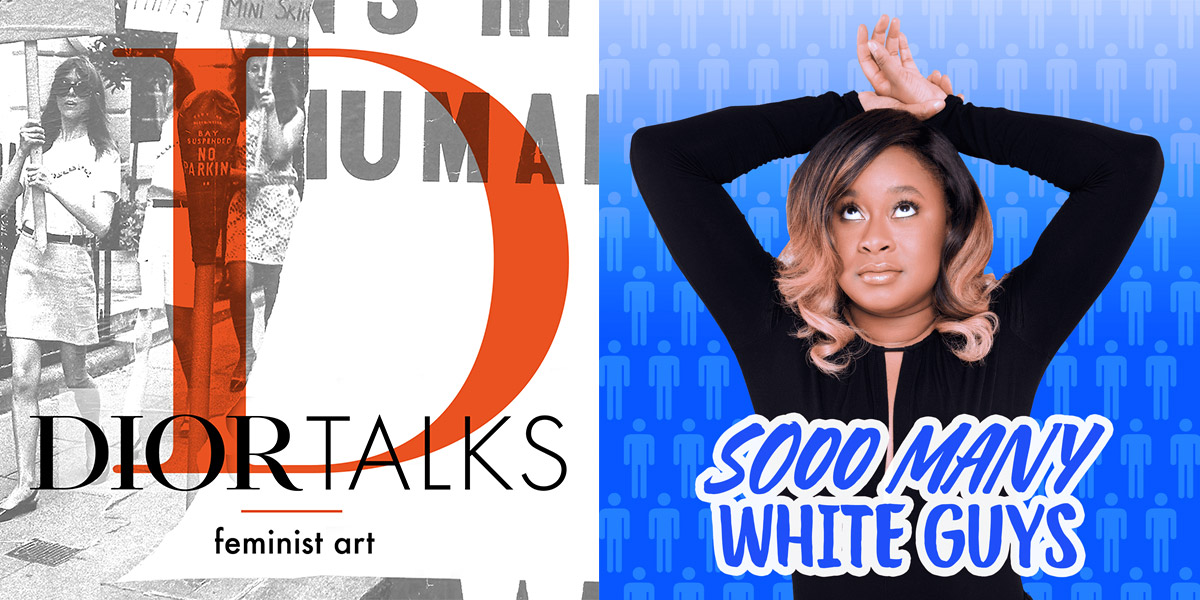 Song Joong-Ki To Self-Quarantine After Safely Returning From Colombia

With a good portion of the world being plunged into a state of self-isolation, now is a better time than any to take this time to expand the mind via podcasts. Play it in the background through your favourite bluetooth speakers as you go about your day at home, either working or relaxing. Podcasts are a great way to learn more about subjects such as art, films and even fashion. These topics such as feminism, sustainability and more are discussed and debated by hosts and guests.

For those who want something lighter, there are multiple podcasts ran by comedians, gamers, writers, actors… the list goes one. These entertainment-centric podcasts can hugely help to take your mind off of the ‘Black Mirror’-esque state of the world right now. We speak from experience on that front so here are some podcasts to start off and get hooked on during this period of social-distancing:

Have a peek into the luxury brand’s contemporary mind with their first ever podcast series. In light of International Women’s Day, Dior’s Maria Grazia Chiuri kick starts the first episode of Dior Talks by sharing how she uses fashion to express her passion for feminist theory and art. As a platform to recognise and celebrate women, the empowered voices of various artists and friends of Dior will be shared in the upcoming episodes. Look out for the next episode featuring Paola Ugolini, a critic and an independent curator, as well as the curator of the exhibition ‘I say I’ which was sponsored by Dior.

Introducing themselves as the ‘medicine’ for the fashion industry, Fashion Victims is hosted by fashion Youtuber Luke Meagher or better known as hautelemode, and Darnell Jamal. They pride themselves on sharing unfiltered and brutally honest opinions on current fashion trends and gossip, such as the upcoming Beyonce Ivy Park x Adidas collection. They get real about the fashion industry and question its social and ethical responsibilities. It is the perfect podcast for fashion fanatics who are always anticipating the next fashion buzz or trend.

Stuff You Should Know

Think that your questions are bizarre and odd? Join in and be an audience of Josh Clark and Chuck Bryant’s amusing conversations as they unravel the most unusual questions — how pizza works and if zombies exist. Stuff You Should Know educates you about unexpectedly interesting topics.  The occasional insertion of light humour makes the podcast much more engaging and allows the audience to easily understand the topic at hand. Get your daily dosage of entertainment and enlightenment from this humorous informative podcast.

To show how she’s sick of being the minority amongst a raft of white male comedians, Phoebe Robinson is changing things up. In this podcast, Phoebe hosts intimate, hilarious and candid conversations with inspiring artists, who are NOT white dudes! Her guests include K-pop star Eric Nam, actor/director Reese Witherspoon and The Daily Show’s Trevor Noah. To make it fair, there is an exception on each season’s finale where Phoebe welcomes their season’s token white guy who provides the general perspective of a white man. Look forward to tons of hijinks and laughters with this podcast.

Dubbed the “Queen of self-help memoir” by The New York Times, Gretchen Rubin started Happier in hopes of teaching others the steps to becoming happier in life. Gretchen, along with her sister Elizabeth Rubin, get personal and share stories about their own experiences with stress and unhappiness. Through providing pragmatic and constructive advice for creating good habits, they hope to help and reach out to those aspiring to change their lifestyles for the better. Especially during this period of uncertainty, many of their suggestions and approaches help us stay connected, composed and optimistic.

Forty years ago, the city of Atlanta grieved and lived in fear. More than 25 bodies of African American children, adolescents and young adults were found disposed of in remote areas. Atlanta Monster is a true story and explores one of the darkest times in Atlanta. This podcast brings you along to take an in-depth look into this mystery and gradually reveals the racial tensions between the white and black citizens of Atlanta. As more questions are brought up, it will lead you to wonder if justice had been rightfully served and if the real culprit was ever caught.

Esteemed late show host, Conan O’Brien needs a friend and what better to force people into starting conversations with you than a podcast? The Hollywood veteran brings on board a star-studded list of guests such as Paul Rudd, Mila Kunis, Kumail Nanjiani, Ali Wong and even, former US First Lady, Michelle Obama. Started in late 2018, there are plenty of episodes for you to choose from though our personal favourite was definitely his first guest, Will Farrell. It’s refreshing to see stars shed their Hollywood persona and goof around with Conan. It’s perfect for anyone feeling lonely and down while on quarantine, this podcast gives the vibe of a bunch of (famous) friends just hanging out.

Song Joong-Ki To Self-Quarantine After Safely Returning From Colombia