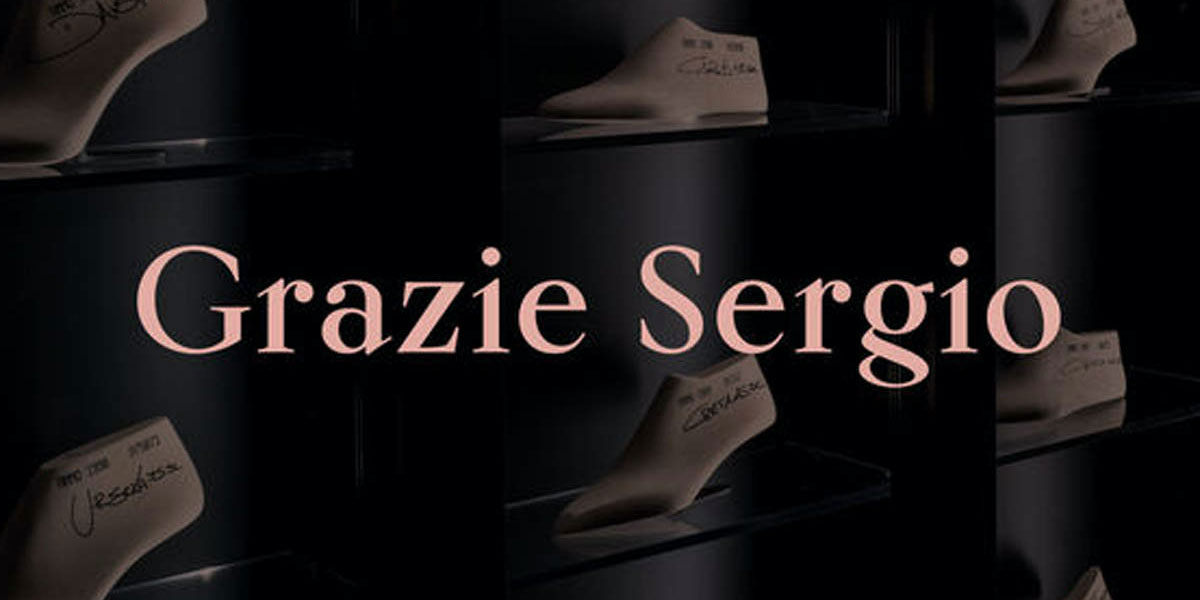 Thursday morning, a representative from the brand confirmed that acclaimed shoe designer Sergio Rossi passed away on April 2nd in Cesena, Italy. The designer, who began designing shoes in 1950s after learning the trade from his father, launched his namesake label in 1968. Italy is renowned the world over for their exceptional accessories craftsmanship, and Rossi was a key player in transforming the area of San Mauro Pascoli into a world epicenter for luxury shoe design.

Throughout his career, Rossi collaborated with many of fashion’s greats, including Azzedine Alaïa and Gianni Versace. In late 2019, an archive of Rossi’s iconic designs was collected and displayed in San Mauro Pascoli. Rossi’s innovation in the world of women’s shoes was undisputed; one of his most notable design, the Opanca sandal, featured a curved sole, which flows seamlessly into the heel.

Sergio Rossi Group CEO, Ricardo Sciutto, shared the brand’s sentiments in a statement early Friday morning: “Today everyone at Sergio Rossi joins me in remembering our dear Sergio, the inspiring founder of our dream. Sergio Rossi was a master, and it is my great honor to have met him and gotten to present him the archive earlier this year. His vision and approach will remain our guide in the growth of the brand and the business. He loved women and was able to capture a woman’s femininity in a unique way, creating the perfect extension of a woman’s leg through his shoes. Our long and glorious history started from his incredible vision and we’ll remember his creativity forever.”

Rossi’s cause of death was reportedly COVID-19. The designer was based in the Emiglia-Romana region of Italy, a part of the world hit hardest by the Coronavirus pandemic. According to WWD, the designer “had contracted the coronavirus and had been hospitalized for days in the intensive care unit of the Bufalini hospital in Cesena” before his death. In response to the pandemic’s effect on the designer’s beloved home country of Italy, Sergio Rossi Group donated €100,000 to the Sacco hospital in Milan, according to Business of Fashion.

In a tribute to Sergio Rossi, reported by WWD, Gianvito paid tribute his father not only as a parent and a patriarch of the industry, but as an innovator and thought-leader as well. “He has always stood out for his class and his strong, charismatic, generous, courageous character: a natural leader, loved and respected at the same time by his collaborators, with whom, in the long journey of his life he created one big family. There are those who have had the good fortune to transform their art into a work and those who have the extraordinary talent of transforming their work into a work of art. Sergio Rossi was this man. A husband, father, grandfather and progenitor of a family that followed his example. The family offers, with love, their last goodbye. With the unquenchable fire of your passion, you taught us that there are no limits for those who love what they do. Goodbye maestro.”