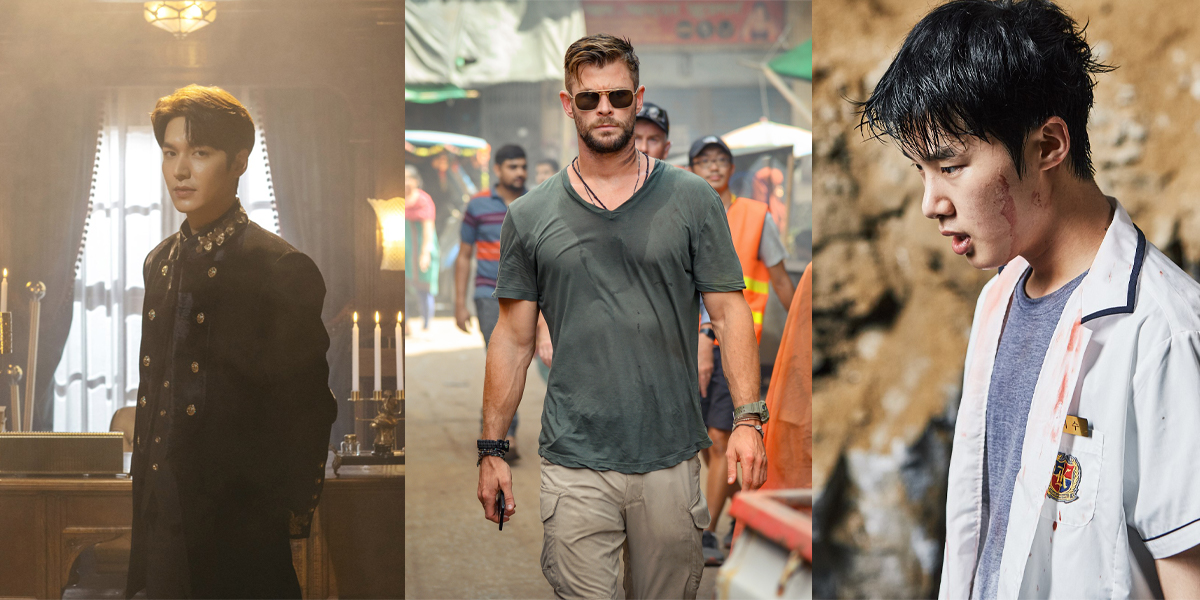 What a time to be alive in 2020. The world, as we know it, has brought us on one hell of a ride. The current Coronavirus pandemic has since upended several major music events, including Coachella and Miami’s Ultra Music Festival, and also postponed many much-anticipated film releases, such as Mulan and Bond film No Time To Die.

In light of the Coronavirus pandemic, more people are, thankfully, doing their part to be socially responsible. While social distancing and self-isolating are driving people home away from unnecessary interactions, many are turning to online TV streaming services to fill the hole in the void and seek some mid-pandemic entertainment.

Read on to find out what are the 11 newest releases across hallyu., Netflix and Apple TV.

Having been accused as a suspect to his wife’s murder, one promising police detective is forced into a life of crime and joins a special organisation, Rugal, to take down the terrorist organisation, ARGOS. Based on the K-webtoon, the series stars Choi Jin-hyuk and Park Sung-woong, and has also been confirmed for a second season.

Part competition, part hot mess, Nailed It is back with an even stellar cast of judges — including legendary sweets chef and baker, Christina Tosi, and comedian Adam Scott. Pitting below-average home bakers against one another to create a complex dessert creation, this latest season of the subpar baking competition is also bringing in many new introductions — think liquid nitrogen and involving children — too. Nevertheless, be sure to expect a whole bunch of hilarity.

Following several dramatic cliff hangers from the previous season, the latest season for the thriller series promises plenty of chaos in the midst. With the professor thinking that his girlfriend was executed, Nairobi shot in the bank, and a looming threat against the gang, there is plenty of room for imagination and hopefully, we get to see the gang members pulling themselves together for more heists.

Inspired by the real-life story of a young, investigative journalist, Hilde Lysiak (who is presently 13-year-old and is the youngest member of the Society of Professional Journalist), the dramatic mystery series may be the much-needed binge amid the coronavirus pandemic. Played by Brooklyn Prince, the series follows Lysiak’s relentless pursuit of truth that ultimately culminates in an encounter with a cold case that the entire neighbourhood is trying to bury. The series is also renewed for a second season.

Home Before Dark is available on Apple TV on 3 April 2020.

Exploring her fight against criminal justice reforms, Kim Kardashian West returns in a brand new documentary series, “Kim Kardashian West: The Justice Project”. The two-hour true crime documentary will see the 40-year-old mega star’s effort at securing freedom for those she believes were wronged by the justice system. Speaking with prison inmates who would recount their life stories, the series will see the reality star visibly moved by these inmates and features four unique cases, including a woman who murdered her molester and a sex trafficking victim.

Kim Kardashian West: The Justice Project is available on hayu. on 6 April 2020.

Based on the 2012 New York Times Bestseller novel, Defending Jacob places district attorney Andy Barber (Chris Evan) to choose between his sworn duty to uphold justice and his unconditional love for his 14-year-old son (Jaeden Martell), following a shocking murder. If anything, brace yourself for something unexpectedly suspenseful and dark.

Defending Jacob is available on Apple TV on 24 April 2020.

Featuring the ever-stunning Chris Hemsworth as a fearless black market mercenary Tyler Rake, Extraction follows a search-and-rescue story between a kidnapped son of an imprisoned international crime lord and Tyler Rake. Resembling the likes of Liam Neeson’s Taken, I am prepared to be kept on the edge of my seat while binging on this action-pack show.

Extraction is available on Netflix on 24 April 2020.

8. Never Have I Ever

Created by The Office alum, Mindy Kaling, this coming-of-age comedy series follows the life of Devi, a modern first-generation Indian American high-school girl, as she navigates around her teenage years in school. The show also marks the first on-film debut of 17-year-old Ramakrishnan. Nothing much is revealed in the trailer, but we all know this comedy series has Mindy Kaling written all over it; it is, after all, loosely based on her childhood too.

In the latest crime K-drama “Extracurricular”, a group of high school students turns to a life of crime to earn extra pocket money. The protagonist, Oh Jisoo (Kim Dong-hee), soon sees himself transforming from a model student to a criminal, implicating his classmates in an unthinkable act with irreversible consequences.

Extracurricular is available on Netflix on 29 April 2020.

Lee Min-Ho’s first, much-anticipated project after his military service sees him as Emperor Lee Gon in the new K-drama, The King: Eternal Monarch. A romantic fantasy across two parallel universes, the new drama follows the interactions between Emperor Lee Gon and police inspector, Jung Tae-eul. The series is written by Kim Eun-suk — who also wrote acclaimed K-hits, such as “Goblin” and “Descendants of the Sun” — and is headlined by Kim Go-eun, Woo Do-hwan, Kim Kyung-nam, and Jung Eun-chae.

The King: Eternal Monarch will be available on Netflix in April 2020.

11. Keeping Up With The Kardashians S18

The trailer for the latest season of KUWTK literally packs a punch. Teasing plenty of family drama in the midst, the trailer kicks off with a not-so sisterly confrontation between Kim and Kourtney. The18th season of KUWTK will also see some awkwardness in the midst as Kim gets all too friendly with Khloe’s ex.

Keeping Up With The Kardashians will be available on hayu. in April 2020.

In case you are looking for the wee bit of nostalgia from yesteryears while staying home, we have added these three Japanese Studio Ghibli classics into the list.