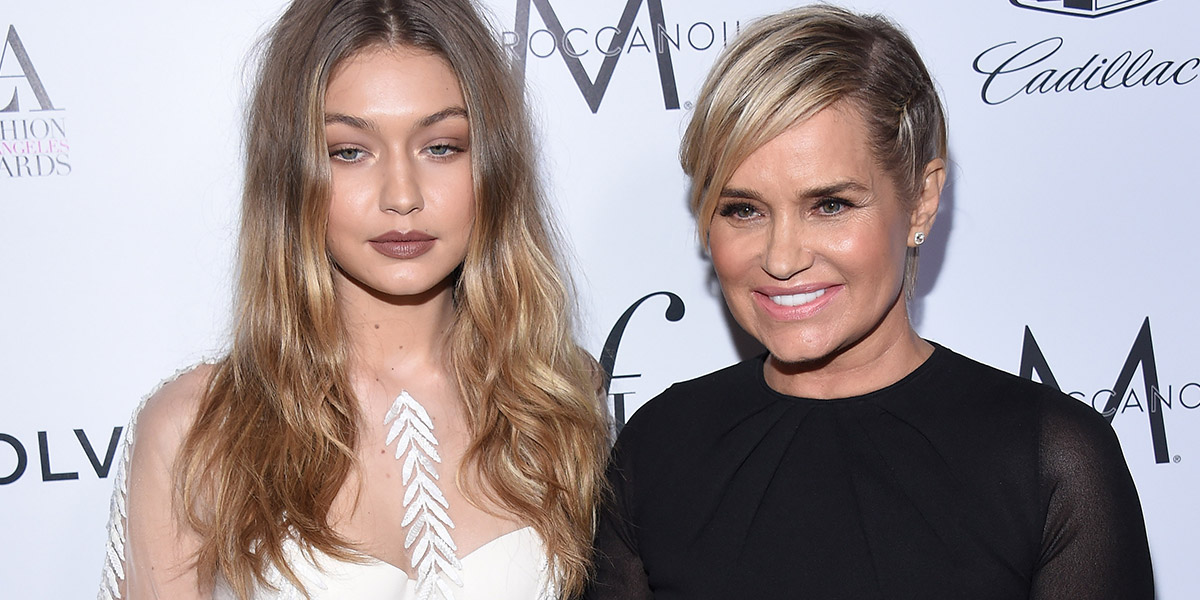 Yolanda Hadid has reportedly confirmed that her daughter Gigi Hadid is expecting her first child, days after pregnancy rumours came to light. On Wednesday, Dutch broadcasting station RTL Boulevard reports the proud mother told the news outlet that her family were ‘still in shock’ that their ‘little secret has been leaked to the press’.

‘Of course we are thrilled,’ she is believed to have said in a statement translated to English, adding ‘I can’t wait to become a grandmother’.

‘It is quite special, since I lost my own mother so recently. That is the beauty of life: one soul is leaving us and another is coming. We feel very blessed.’

❤️ Happy birthday my love, my precious angel….. Yesterday 25 years ago was the best day of my life, giving birth to you and raising you has taught me the true meaning of commitment and unconditional love…. Thank you for being such a extraordinary blessing in my life, I am so proud of the woman that you are…. May your days always be blessed with love, light and happiness but most of all great health….. #Iloveyou #mybabygirl #25

While Gigi and Zayn are yet to respond to the reports, the Californian model shared the recipe of her vodka-free pasta dish she was cooking up for her loved ones during quarantine in Pennsylvania on Wednesday.

‘Yummy [and] easy spicy vodka sauce, but have no vodka… so without, but still gooood [sic],’ Hadid captioned photos of her making the pasta-based dish.

The 56-year-old supermodel’s mother Ans van den Herik – known as Oma among her family – passed away last year. Grandchildren Gigi, Bella and Anwar shared tributes to their late relative and attended her funeral in the Netherlands.

Confirmation of Gigi’s pregnancy comes days after several publications reported that the model was to become a parent with her on/off boyfriend of five years, singer Zayn Malik.

Several of the star’s fans later took to social media to speculate that the model’s 25th birthday party was also a sex reveal party, noting the pink gift bags, colourful cakes, and balloons with pink and blue ribbons.

It was been widely reported that Gigi is 20 weeks pregnant. However, it’s important to stress that neither Zayn, nor Gigi, nor their reps have confirmed reports of the pregnancy.

The couple had a brief split last year before reconciling in December.

They were later were seen for the first time since their split in January this year attending Yolanda’s birthday party in New York City with Bella and Anwar’s girlfriend, Dua Lipa.

A Definitive Tarot Reading for The Month of May 2020