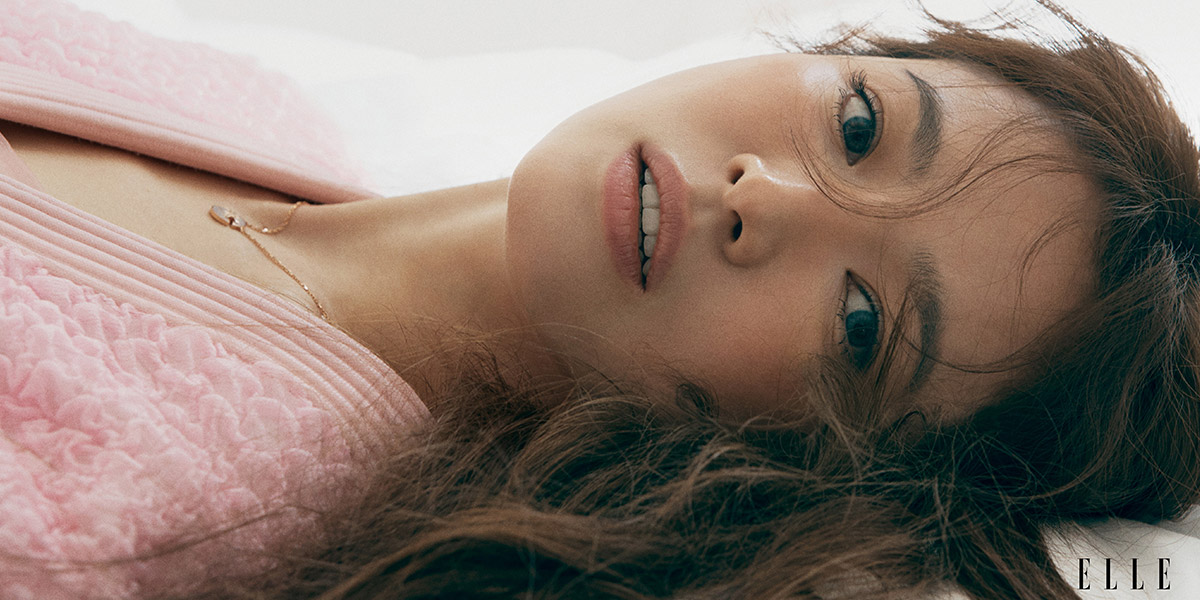 “I’m A Full-Time Lecturer With 3 Kids, And Parenting During The Circuit Breaker Couldn’t Be More Different”

Song Hye Kyo’s presence in pop culture in the last decade, ever since K-everything became mainstream, has been irrefutable. With an award-winning repertoire that has thoroughly permeated social media and day-to-day conversations, the actress is now emblematic of Korean shows — even for those who are unfamiliar with the genre. It’s hard to believe she’s only 38, but her current global status is really the fruit of over 20 years of hard work.

Here she speaks to ELLE Singapore about pushing herself outside of her comfort zone, the lengths she’s gone to for a role, and why refining her craft is a never-ending process.

Song Hye Kyo: Being an actress was never initially my dream, I happen to participate in a modelling competition for school uniform and luckily won first prize. With this chance I started acting. I don’t always point out a specific thing that I want to show the audience, but I think getting viewers immersed in my character and performance is the most important.

TV and film have a hand in shaping our understanding of the world. What draws you to a character or a show, and how do you think the medium has progressed of late in terms of the issues, perspectives and people it spotlights?

Previously, I would only judge the quality of a certain production based on the script, but I also consider the my counterpartners and directors as important factors in my decision making. All three aspects are essential, but [I put] more emphasis on the director and script. I think these days, dramas are so easily accessible and films are of better quality. A lot of film actors have moved over to shoot dramas, so I think both films and dramas have their respective attractive points.

How do you usually immerse yourself in a character, especially one that you’ve not had many shared experiences with, before filming starts?

In the beginning, I always start off as “Song Hye Kyo”, but towards the end of a production I become fully immersed and one with the character. I always try to hypnotise and even pressurise myself to get into character, but after living [in] a particular role for months I think it comes [so] naturally that I don’t even realise how immersed I’ve become. Time makes the character.

What do you think is the secret to your long and successful career?

Compared to other people my age, I got exposed [to] the work force earlier at a young age, and I was able to gain so many good experiences and memories. I think I have been very fortunate. Being able to be in such amazing productions since I was young, and those productions performing well, along with receiving love from so many people, is why I am where I am today — and I’m very thankful for that.

What do you think it is about your work ethic that has contributed to such a longstanding career?

Luckily, I’ve participated in many great projects. I think that’s why I was able to come to this very moment. When I work on something that’s of good quality, I can feel that many seem to love it more. I was able to get here because of my colleagues and fans who have been supportive for many years, and I thank them every day.

We are often our own worst critics. What are the things you look out for in past performances to help you improve?

I have productions that have done well, along with ones that may not have fared as well, but I still love all of them and am contented with the end results. Not all my performances were 100 percent satisfying in my standards great, so I definitely do have some regrets on how I acted or portrayed my character. It’s probably the same for other actors as well. However, I always gave my all and worked hard for the respective roles. In that respect, I have no regrets. I love all my productions equally but if I had to choose one, my heart goes out to That Winter, the Wind Blows. I was totally immersed and lost myself during the filming of the latter, and that made it more memorable. Not forgetting, Autumn in My Heart as it was the drama that made my name known and also got me to where I am today. Even though it is not the best performance, it is the drama that I am most grateful for.

What made you want to experience acting outside of Korean productions — in Chinese films? Is there something that each side has taught you that you still keep in mind today?

Filming in China allowed me to learn so many things. I gained new experiences and it was also very memorable for me as working with Chinese actors and production teams opened my eyes to a system and filming traditions that are very different from what it is like in Korea. I was also very fortunate to be able to work with amazing directors like Wong Kar Wai and John Woo. I grew a lot as an actor as well as Song Hye Kyo. If given a chance again, I would like to work with other directors as well.

Do share with us the learning curve of acting in a different language. What were some of the specific challenges?

Acting in Mandarin was very difficult, as I had to learn the meanings of each [character]. I studied [the language] for a long period prior to the filming. The Mandarin I had to speak for my film was different from what I normally used, so I had no choice but to memorise the script word for word. It was very stressful, but with constant practice and the help of everyone on site, I was able to film smoothly without much hiccups.

You signed with Wong Kar Wai’s film studio, Jet Tone Films, last year. What are you looking forward to with respect to this and how do you hope the experience will help you grow?

I’ve known most of the people in director Wong’s studio since I was young, so we have always talked about collaborating in the future if time allowed. As we are all friends, I myself am curious as to what we might do, and I’m really looking forward to it.

Beyond acting, would you consider going behind the camera as a producer or director in the future?

I still approach acting with a lot of difficulty, so I don’t have any intentions as of now. I will continue to work hard as an actress.

What are you working on to take your craft to the next level?

I have been constantly working for more than 20 years, but it has never been easy. It was always difficult. Every time I finish a project, I learn a lot as an actress, as a woman and as a human being. There’s still a lot to be desired and a thirst for language. I wish I had tried harder when I was young [with learning new languages], but I don’t think it’s too late now. I have many friends in China as I’ve have worked with Chinese directors and actors. I try to learn English and Chinese when I have the time, because I want to talk to my friends — and of course, for my work. I will continue these efforts [despite] such challenges, [for] new experiences.

This story originally appeared on ELLE Singapore’s May 2020 issue. For a look at the full fashion spread with Song Hye Kyo, click here.

“I’m A Full-Time Lecturer With 3 Kids, And Parenting During The Circuit Breaker Couldn’t Be More Different”