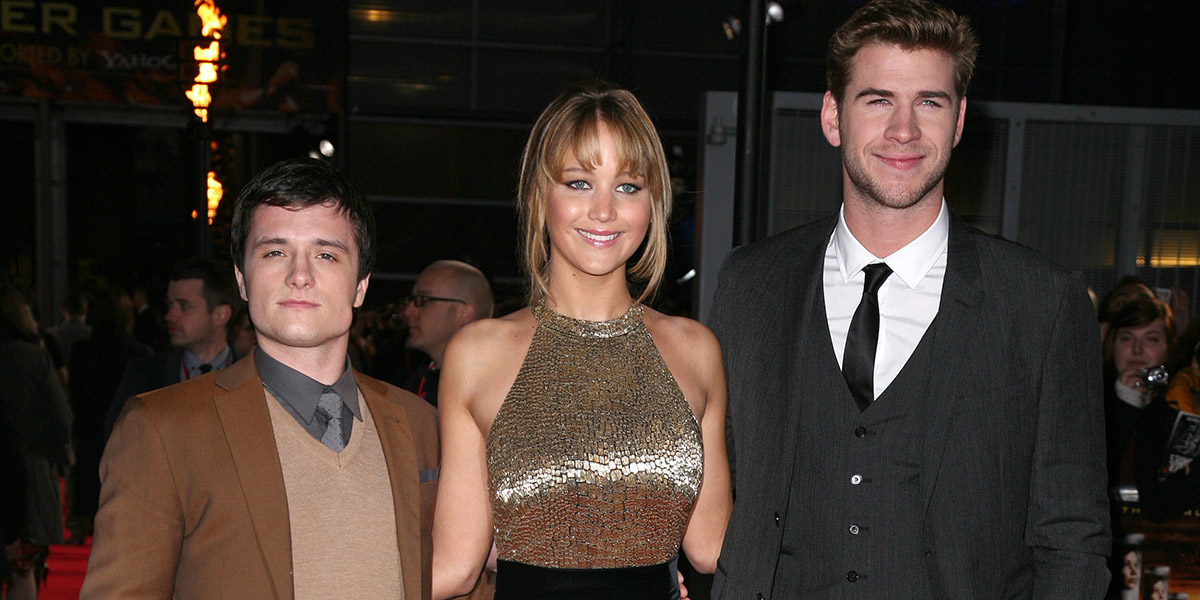 The Hunger Games hive, assemble once more. Lionsgate recently announced that Suzanne Collins’ new novel The Ballad of Songbirds and Snake (to be released May 19) will be adapted into a movie. The project will be directed by Francis Lawrence, who helmed the final three films in the original series. Below, everything else we know about the project, including whether any of the OG cast members would return.

The Hunger Games prequel movie is based on a new book by Suzanne Collins.

Discussions about a return to the world of Panem officially began in June 2019. The Hollywood Reporter confirmed that Lionsgate was “eyeing” a prequel film after the announcement of Suzanne Collins’s new novel. The book is set 64 years before the beginning of the original trilogy and delves deeper into Panem’s historical roots. “With this book, I wanted to explore the state of nature, who we are and what we perceive is required for our survival. The reconstruction period 10 years after the war, commonly referred to as the Dark Days—as the country of Panem struggles back to its feet—provides fertile ground for characters to grapple with these questions and thereby define their views of humanity,” Collins said in a statement about the book, via THR.

Entertainment Weekly exclusively debuted an 11-minute excerpt of the novel’s audiobook, read by Santino Fontana (Crazy Ex-Girlfriend, Broadway’s Tootsie) as Snow. “You think you know someone but there are a lot of surprises,” Fontana told EW. “You’re going to understand a lot more of why he is the way he is.” You can listen to part of the first chapter here.

Studio execs were in contact with Collins while she wrote thenovel.

The first three Hunger Games books—The Hunger Games, Catching Fire, and Mockingjay—sold more than 100 million copies upon release. The four-film franchise (the events of Mockingjay were split into two movies) earned nearly $3 billion at the global box office. It stands to reason that Lionsgate was eager for a new project set in the Hunger Games realm.

In a statement to the Associated Press, per THR, the chairman of the Lionsgate Motion Picture Group Joe Drake, said, “As the proud home of the Hunger Games movies, we can hardly wait for Suzanne’s next book to be published. We’ve been communicating with her during the writing process and we look forward to continuing to work closely with her on the movie.”

The film will focus on a young President Snow.

News about the film adaptation has yielded more details about the prequel novel. The book will center around an 18-year-old Coriolanus Snow, long before his tyrannical reign as President of Panem. The plot summary reads: “Young Coriolanus is handsome and charming, and though the Snow family has fallen on hard times, he sees a chance for a change in his fortunes when he is chosen to be a mentor for the 10th Hunger Games, only to have his elation dashed when he is assigned to mentor the girl tribute from impoverished District 12.”

Donald Sutherland played an older version of President Snow in the Hunger Games film franchise. Although a new actor will likely be cast to play the younger character, Sutherland could appear in flash-forward scenes in the upcoming movie.

Francis Lawrence, who directed the final three movies in the Hunger Games franchise, will return to the director’s seat. Collins will write the film’s treatment (an outline-style first draft of the script), while screenwriter Michael Arndt (who worked on Catching Fire) will adapt the screenplay. Nina Jacobson and Brad Simpson (who produced the original trilogy) will serve as producers alongside executive producer Collins. “Lionsgate has always been the cinematic home of The Hunger Games, and I’m delighted to be returning to them with this new book,” Collins said in a statement, per THR.

There’s no word on casting or a release date.

“Suzanne’s new book has been worth the wait. It offers everything fans could hope for and expect from The Hunger Games while also breaking new ground and introducing an entirely new canvas of characters,” Lionsgate Motion Picture Group Chairman Joe Drake said in a statement. That means a new set of roles will need to be cast, some that may have ties to Katniss Everdeen and co.

The prequel story takes place 64 years before the events of the original trilogy, rendering cameos from cast members including Jennifer Lawrence, Josh Hutcherson, Liam Hemsworth, Elizabeth Banks, or Woody Harrelson nearly impossible. The last time Lawrence was asked about appearing in a prequel film she told Variety,“I wouldn’t be involved. I think it’s too soon. They’ve got to let the body get cold, in my opinion.” Mind you, this was December 2015, less than a month after the release of Mockingjay Part 2.

No production date has been announced for the project.