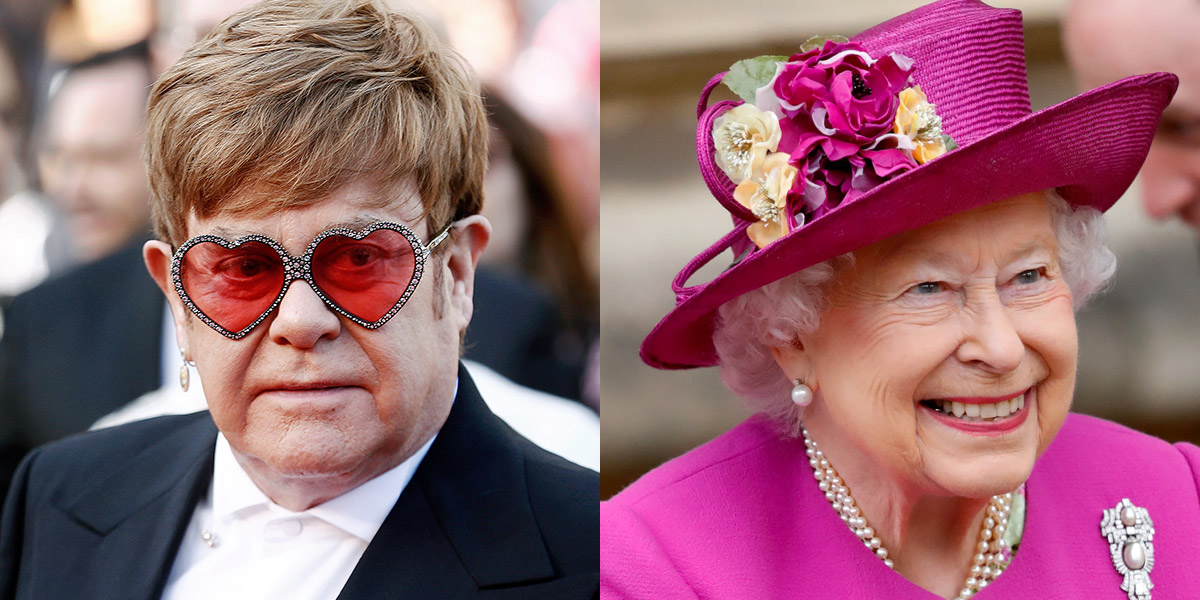 Elton John has written a new memoir called Me, and it’s full of royal tea. In an excerpt from The Sunday Times that’s blowing up online, Elton recounts being at a party with Queen Elizabeth, her sister Princess Margaret, and Margaret’s son and daughter. Margaret’s son is Viscount Linley, also known as David Armstrong-Jones, and her daughter is Lady Sarah Armstrong-Jones. At the party, Her Majesty allegedly asked Viscount Linley to check on his unwell sister, and he tried to pass.

Per the excerpt of his memoir, John writes:

Oh, and apparently the Queen saw John witness the scene and winked at him. “I know the Queen’s public image isn’t exactly one of wild frivolity, but…in private she could be hilarious,” he says. (And, yes, if you wondered—Viscount Linley did then go and check on his sister.)

That’s not the only new piece of gossip in John’s new book. Apparently, Sylvester Stallone and Richard Gere once almost got into a physical fight over Princess Diana:

“As the dinner guests moved into the dining room, Stallone and Gere were nowhere to be found…[David Furnish found them] apparently about to settle their differences over Diana by having a fist-fight.”

It doesn’t appear that The Queen has issued any type of formal response to the stories in John’s book, so…like…guess we’ll have to wait until Season 4,505 of The Crown on Netflix to find out what really went down?

This article originally appeared ELLE US.

ELLE Recommends: Lifestyle Gadgets That Have Made Circuit Breaker Easier