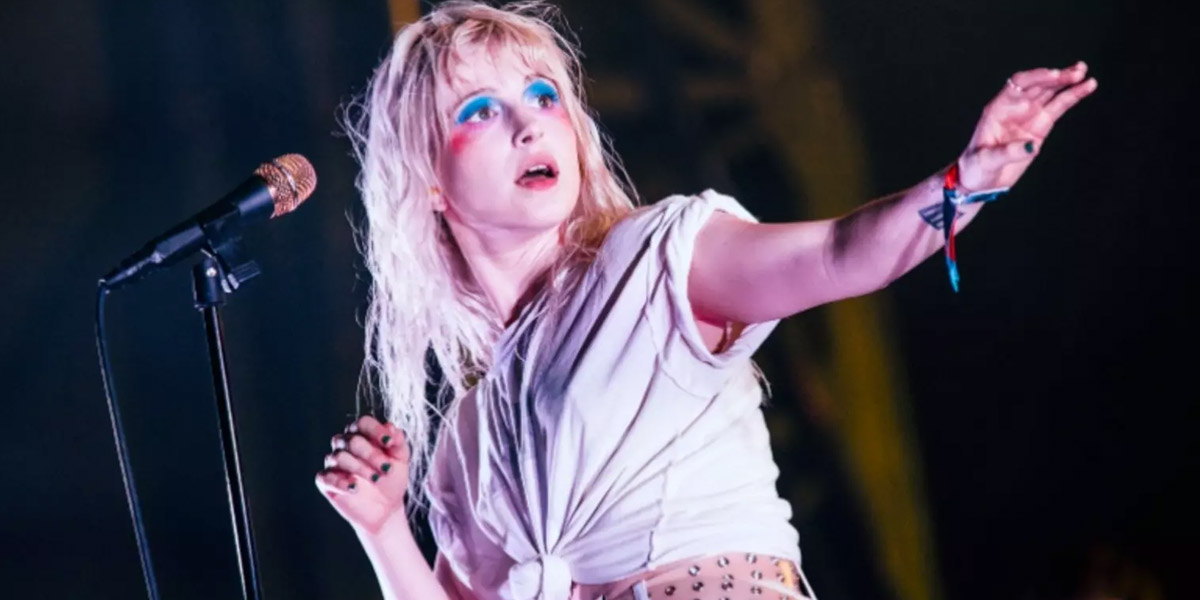 An Exclusive Tour Into Chaumet’s Headquarters At Place Vendôme, Paris

For 17 years, Hayley Williams has been the face of Tennessee pop-punk band, Paramore. Having known to belt out infectious hits, like “Misery Business” and “Ain’t It Fun”, and selling out shows in stadiums and arenas globally, the world slowly got to know of the jaunty, flame-haired singer and her impressionable vocals.

But what the world couldn’t have known or presumably see was how growing up in the spotlight seem to have taken a toll on the emo, teenage cheerleader, who joined the band at only 15 years old. In between the band’s revolving door of members, legal disputes, public spats and rising fame, Williams had once briefly quit the band over mental health issue in 2015.

The band had just rounded up the “After Laughter” tour, where estranged founding member Zac Farro reconciled and performed together with the family, in 2018 when Williams decided to check into a facility for intensive therapy. Prior to therapy, Williams was unaware that she was grappling with depression and PTSD.

Williams long resisted the idea of going solo, but it was her therapist’s suggestion for her to write that she found inspiration and laid the seeds for her solo project, Petals for Armor.

Released in three parts, pieces from the new album take listeners on a ride to Williams’ journey across emotions of rage, sadness and guilt, her coping mechanisms, and eventually culminate to the narratives of self-empowerment and female solidarity. And even though, several of Williams’ band members, including Joey Howard and Taylor York, helped contribute to the album, their presence is impalpable.

Her debut solo single “Simmer” premiered in late January this year and its music video features glimpses of Williams running and stumbling in the woods in the nude. The sinister-sounding track opens with pops of cathartic exhales before the word “rage”, almost as if presaging a darker narrative. And as it turns out “Simmer” is about Williams’ personal experiences with abuse in different phases of her life as well as how she wrestled with the idea of controlling her anger.

In “Leave It Alone”, a devasted Williams sang of the inevitability of losses. And in her case, the song was written together with fellow Paramore musician, Joey Howard, when she found out that her beloved grandmother had fallen down and suffered a head trauma that permanently affected her memory.

The climax of the album lies in “Dark Horse”.

Here, Williams addresses and details her shattering marriage and the consequent divorce with New Found Glory’s guitarist Chad Gilbert. “In ‘Dead Horse’ I admit to having an affair — that’s how I got into my longest relationship,” she says in an interview with Rolling Stone. “I felt shame for all of my twenties about it, but being able to admit it made it less scary. It didn’t own me anymore. It gives people a chance to actually know me and decide if they like me or not.” The duo were married on February 2016, but called it quits on July 2017.

A world away from her tom-boyish personality in Paramore, Petals for Armor also features a delicate and somewhat laid-back Williams who advocates for women empowerment in her own stride with lyrical masterpieces, such as “Roses/Lotus/Violet/Iris”. In “Roses/Lotus/Violet/Iris”, which also featured the backing vocals of Julien Baker, Phoebe Bridgers and Lucy Dacus from boygenius, Williams emphasises the idea of female solidarity.

happy women’s day. in honor of my personal journey through femininity, with it’s endless facets; and in honor of the feminine wonder that connects literally everyone and everything, i want to share lyrics for an unreleased song called “Roses/Lotus/Violet/Iris”. pic.twitter.com/dfP4lgdOck

At its core, Petals for Armor is an opening act for Williams, who is now 31 and sporting blonde hair, that traces everything from her depressive episodes, her divorce, her role in Paramore to her road to recovery. It is an honest culmination of the struggles faced by the former pop-punk, teenage cheerleader who had grown up to see the world and its reality.

But ultimately, Hayley Williams seems to have left us with one last message, and that is, “It is okay to not be okay.”

“Petal for Armor” presently sits at #1 on the global iTunes Album Chart.

A List Of Restaurants & Cafes To Support Throughout The Coronavirus Pandemic