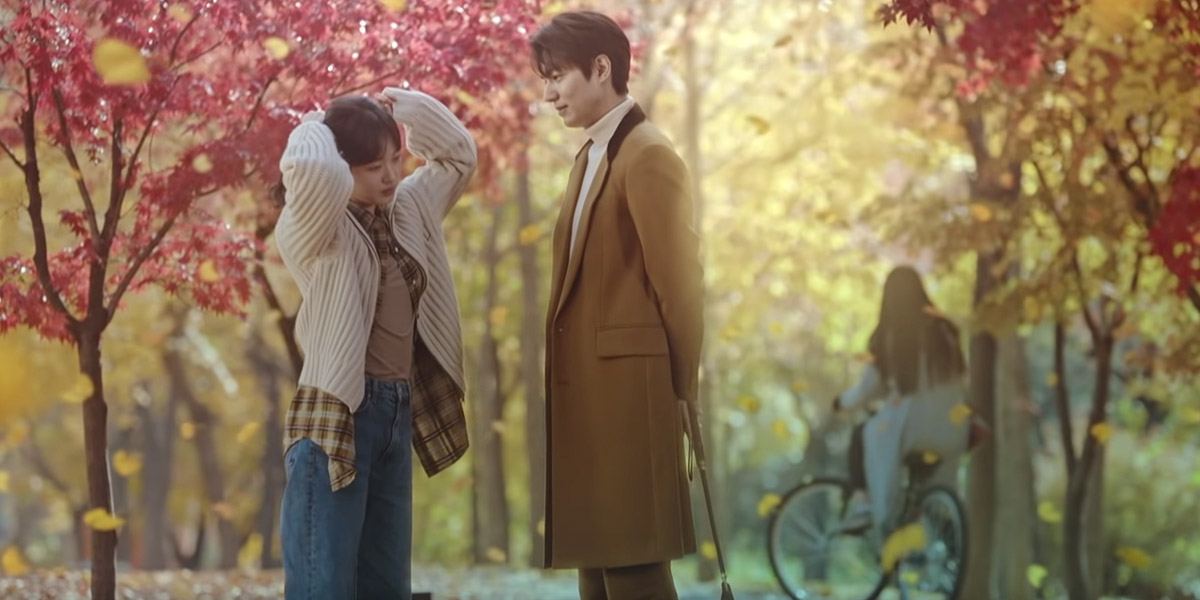 When I first found out that the dashing South Korean actor, Lee Min-Ho is making his grand return to the small screen, I was beyond elated. I’ve been a huge fan of 32-year-old actor since his iconic starring role as Goo Jun-Pyo in the hit k-drama, Boys Over Flowers. No one can rock that perm like Lee and that’s on period! While I don’t love every project he has done since then, I still watch them and like most of them in a general sense. So, when it was announced that Lee’s first project after completing his two-year military service would be a k-drama, where he plays a freaking king, I was already sold.

Fast forward to 10 episodes later and here I am, struggling to find the motivation to even complete this highly anticipated series, The King: Eternal Monarch. Despite the show having one of my favourite Korean actors as the lead and the brilliant Woo Do-Hwan adding much needed humour and heart as Jo Eun-Seob and Jo Yeong, there are flaws that I simply couldn’t ignore. Some scenes are truly, for lack of a better word, annoying for the viewers.

Here are the two fatal flaws of The King: Eternal Monarch that I just can’t get behind:

Product placement is pretty much in every television show, especially if it is aired on local networks. It’s a key way for companies and brands to market their products without cutting to commercial and gain the benefit of being associated with a whole cast of actors and actresses. Product placement, or PPL as the locals call it, has never been an issue with Lee’s past dramas until this one.

A good PPL should be a seamless integration into the world or story that the TV show is set in. Perhaps there is a scene where the characters are having a discussion in a restaurant, that location often times is a sponsor. On top of that, what I consider a good product placement lies in the shots that are taken by the director to showcase the sponsored product without being blatant.

Increasingly, we have been seeing lazily executed PPLs in k-dramas that these scenes are practically outright commercials. Complete with close-up shots of the product and even extra lines thrown carelessly into the script. Somewhere along the lines of, “It’s delicious” or something generic like that. Most k-dramas are guilty of this, but The King: Eternal Monarch has taken it to a whole new level.

The scenes where sponsored products have been integrated are so obvious, it takes the viewer out of the story almost immediately. The blatant nature isn’t simply because these scenes are shot like a commercial, it’s also because these products are pushed at the most random moments. Giving the impression that they were just thrown into the script without much thinking involved. In one scene, Kim Go-Eun’s character, Jung Tae-Eul was in a car with her fellow detective Jangmi (played by Kang Hong-Seok). The two were in the middle of a stake-out, keeping tabs on a possible suspect.

While waiting around for something to happen, Jangmi got hungry and whipped out a cup of instant ramen. Tae-Eul wanted to have a bite of the ramen but before she could eat a mouthful, Jangmi stopped her and said something along the lines of, “You can’t just eat it on it’s own.” He then ostentatiously took out a packet of kimchi (that he appeared to have just lying around the car) with the logo, front and centre. Without batting an eyelash, Tae-Eul picked up a chopstick-ful of kimchi, ate it and went, “Mmmmmm…” as if it were the best thing since sliced bread.

As if that wasn’t bad enough, seconds after, Tae-Eul randomly took out a multi-balm stick and started applying it on her lips, cheeks and dry spots while delivering her lines. That’s right, back-to-back product placement, ladies and gents!

At this point, if Tae-Eul’s character were to put the balm on and kept it, that would still be fine with me. Unbelievably, they built actual dialogue around the product! “What’s that?” Jangmi asked. “You haven’t seen this before? It’s super popular right now,” Tae-Eul replied incredulously and then proceeds to praise the product as if she were a sales-person rather than a detective. “It’s so convenient and moisturising… blah blah blah.” I got so annoyed I skipped ahead.

The ones involving the kimchi is particularly bad. In one scene, Woo Do-Hwan’s character, Eun-Seob LITERALLY took out that same kimchi packet from his blazer pocket while at the dinner table. So, are we supposed to believe he just walks around with kimchi in his pocket on the regular? What in the world.

These are just one of the many, many instances of PPL in The King: Eternal Monarch. From bubble tea to 2000-dollar LED face masks (which the characters ACTUALLY put on in the show), at times, the episodes feel like one giant ad. The problem, for me personally, is the sheer volume of PPL and lack of subtlety in their execution that takes viewers out of the story and becomes more a distraction than anything.

Too Many Characters, Too Many Plot Points

We only have six episodes left to the series, the plot should be reaching its climax soon. However, due to element of having multiple dimensions and alternate worlds, there are so many new characters introduced into the plot every episode that it’s genuinely tough for me to keep track of them. Granted, this might just be me.

Each actor essentially plays multiple versions of their respective characters as the plot moves between dimensions. So it can get confusing with each character from each world having their own background story that needs to be shown to the viewer. As of writing this article, 10 episodes has been released and we are nowhere close to finding out the reason behind a multitude of plot points. How will they address the doppelgängers? What about the time travel aspect that suddenly came into play? How exactly will Lee Gon defeat Lee Lim? Lest we forget, there’s also a magic flute and legendary sword involved. There is so much going on, I truly am curious to see how the writers will neatly tie up all these elements in the final 6 episodes.

While I find these elements infuriating, I trying to stay optimistic. Who knows? The writers of The King: Eternal Monarch might deliver some epic conclusions in the final 6 episodes. With their weekly TV ratings dropping steadily, I certainly hope so!

Ariana Grande And Lady Gaga’s New Duet ‘Rain On Me’ Is Finally Here!