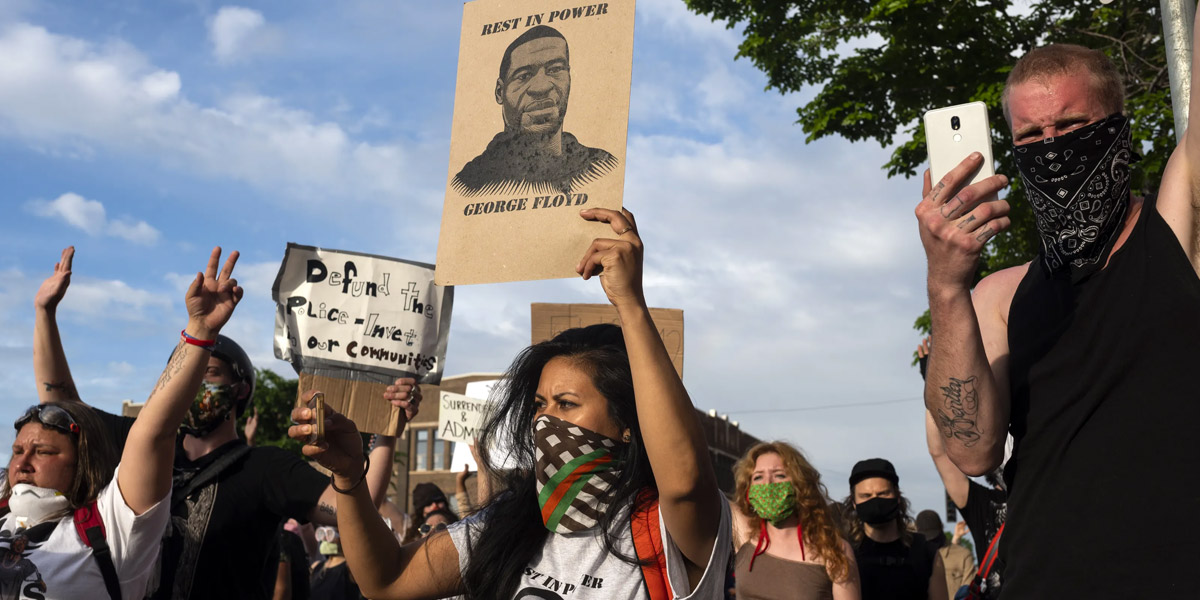 The Ultimate Guide To The Hottest Fashion Trend This Season: Tie-dye

This past Monday, 46-year-old George Floyd died after a Minneapolis police officer pinned him to the ground and pressed his knee into his neck, while Floyd pleaded for help and repeatedly said he could not breathe. The officers were responding to “a report of a counterfeit bill being passed” when they located and handcuffed Floyd, who was pronounced dead at the Hennepin County Medical Center following the encounter.

The disturbing interaction was filmed and quickly shared online, the four officers involved in the incident have since been fired, and the FBI is also investigating. On Friday, Derek Chauvin, the former officer who pinned Floyd with his knee, was arrested and charged with third-degree murder and manslaughter. The other three officers had yet to be charged.

“The technique that was used is not permitted; is not a technique that our officers get trained in on,” Minneapolis Mayor Jacob Frey said. “And our chief has been very clear on that piece. There is no reason to apply that kind of pressure with a knee to someone’s neck.”

According to CNN, the Hennepin County Medical Examiner’s Office said in a statement that Floyd’s cause of death is pending and is being investigated by law enforcement. The Police Officers Federation of Minneapolis also said in a statement, “Now is not the time rush to (judgment) and immediately condemn our officers. Officers’ actions and training protocol will be carefully examined after the officers have provided their statements.”

For three nights after Floyd’s death, protestors have poured into the streets of Minneapolis near the site where Floyd was arrested, chanting Floyd’s words from the video: “I can’t breathe.” The phrase is also a direct reminder of the death of Eric Garner, who said the same words in 2014, after being held in a chokehold by police in New York. Garner was later pronounced dead at a hospital.

The Minneapolis protestors have been met with officers using tear gas and rubber bullets, a stark contrast to the way police recently responded to white demonstrators who have protested for states to open back up in the midst of the COVID-19 pandemic.

On Wednesday night, Minnesota Governor Tim Walz tweeted that the protests had turned “extremely dangerous” and urged people to leave, and on Thursday, Walz declared a state of emergency and activated the state’s National Guard. Over the course of the week, people have been looting stores, and at one point, set an evacuated police precinct on fire. TIME has reported that one man was shot to death during the protests in Minneapolis; police have said they have a suspect in custody.

While reporting on the protests Friday morning, a crew of CNN journalists were arrested by state police live on television after identifying themselves as members of the media. The crew has since been released from police custody.

“I can’t stand back & watch this happen to a great American City, Minneapolis. A total lack of leadership. Either the very weak Radical Left Mayor, Jacob Frey, get his act together and bring the City under control, or I will send in the National Guard & get the job done right…..”

“….These THUGS are dishonoring the memory of George Floyd, and I won’t let that happen. Just spoke to Governor Tim Walz and told him that the Military is with him all the way. Any difficulty and we will assume control but, when the looting starts, the shooting starts. Thank you!”

Attorney Benjamin Crump is currently representing Floyd’s family and tweeted on Thursday, “#GeorgeFloyd’s family thanks all of the protesters for joining them in standing for JUSTICE. They know we’re all hurting and any decent human being who watches the video of police killing their Gentle Giant will also feel shortness of breath.” Crump is a civil rights attorney who is also representing the families of Ahmaud Arbery, who was shot and killed while out for a run in Georgia, and Breonna Taylor, who was shot and killed by police in her Kentucky apartment.

If you are looking for ways to speak out against Floyd’s death, help his family, or get educated on the history of systemic racism and police violence in the United States, consider: