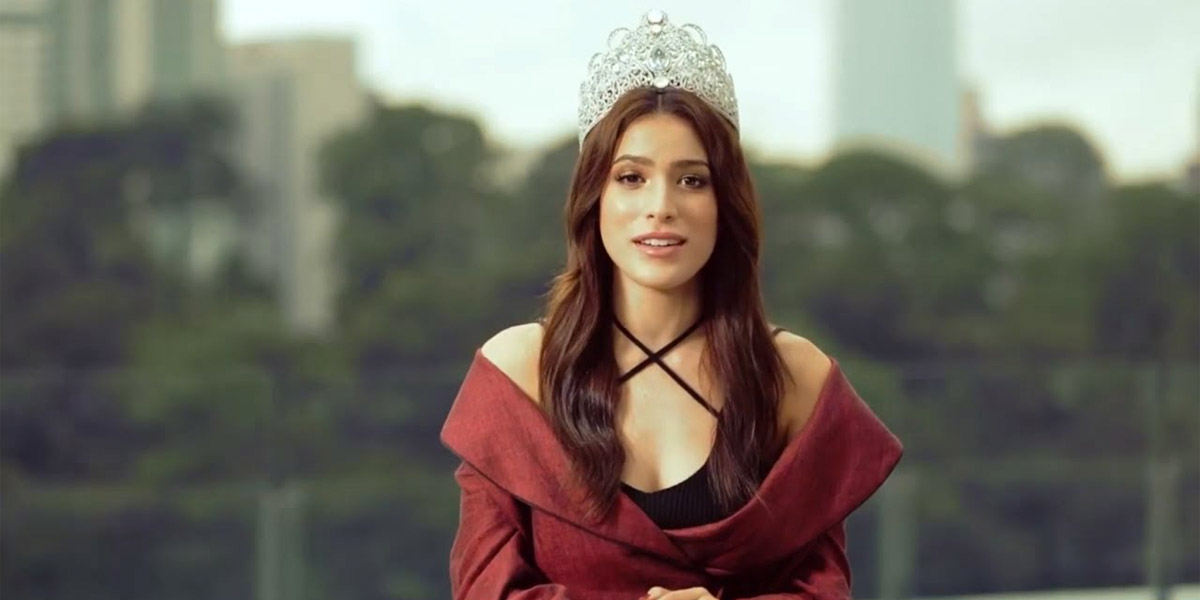 Update, 3 June 2020: After being called out globally for her insensitive remarks regarding racism and the Black Lives Matter movement that transcended the borders of the United States, ex-Miss Universe Malaysia winner Samantha James has responded to criticisms via her Instagram. In the post, that has the comments section disabled, James wrote, “To clear the air, yes I did poorly articulate myself when writing ‘black people chose to be black’ and ‘to the black people, relax, take it as a challenge, it makes you stronger’. If I had been more attentive in how I wrote it, the message would [have] been understood as a heartfelt message to all victims of racism be it any colour.”

Read her full statement below:

Curiously, she ended her notes apology by stating her ethnicity and that she was raise by Indian Malaysian foster parents. James also changed her name on her Instagram profile to Samantha Brahmacharini.

A video of James in a seemingly drunken state has also been circulating on Twitter and Instagram, sparking more outrage as her apology failed to quell the backlash she received. In the video, an intoxicated James was having a heated argument with a woman who looks to be of African descent, saying, “Malaysia is better than this f*cking country.”

Things then escalated quickly when James began throwing champagne flutes at the woman she was arguing, hitting some people who were around them. Everyone was dressed in gowns, making many believe that this was filmed during her pageant-ing days.

James has not addressed the viral video of this altercation, as of writing this article, and no context has been given regarding the recorded outburst.

Original, 2 June 2020: As the #BlackLivesMatter movement gain global attention, the issue of police brutality and institutionalised racism has been on the tip of pretty much everyone’s tongue. The brutal video of George Floyd, a black man being suffocated to death by a white police officer who had his knee pressed on Floyd’s neck has been seen by millions of people all over the world. At the very least, people are talking about these usually “taboo” topics that 100% needs to be discussed. Social media platforms such as Instagram, Twitter and Facebook has been flooded with news reports, videos and commentary on the protests and riots that is ongoing. Celebrities, businesses and influencers have been using their larger platforms to communicate their stand on the matter.

One such person was Samantha Katie James, Miss Universe Malaysia 2017 who got in some hot water yesterday due to controversial remarks she made on her Instagram stories regarding racism and the Black Lives Matter movement. So much so that #Samantha was the number 1 trending topic on Twitter in Singapore for a few hours.

James posted these tone-deaf remarks on her Instagram account, @samanthakayty that has more than 168,000 followers, sparking immediate international backlash.

However, upon receiving backlash, the 25-year-old Chinese Brazilian model fanned the flames by retorting to the replies she got and doubling-down on her stance. James then proceeded to have a ‘IG Story War’ with the internet, clapping back at people. This incited further outrage and James wrote, “I don’t live in America, it has nothing to do with me, but to me, it seems like the ‘whites’ won.”

Below are a few instances of her back-and-forth with people online:

Malaysian-born English actor, Henry Golding publicly responded to James on his official Instagram account. The Crazy Rich Asians‘ star wrote, “I usually try to keep a cool head when it comes to these things, but reading your comment, @samanthakayty infuriated me.”

“You have zero idea what black people have to go through on a day to day basis,” he continued, “The majority of us will never truly be able to understand what the Black community goes through every single day, but one thing for sure you can do is to lend a voice, to teach people and educate them on opening their eyes to what is under the veil. It is hundreds of years of oppression and injustice kept in place by money and power from people such as yourself, ignorant and selfish people.”

The Miss Universe Malaysia Organization (MUMO) has also issued a statement to distance themselves from James’ remarks, calling her posts “inappropriate, offensive, unacceptable and hurtful.”

This morning, people on Twitter have also noted that Samantha Katie James has lost her verified ‘blue tick’ on her Instagram. Furthermore, a change.org petition has been created with over 23,000 signatures so far, to strip James of her Miss Universe crown and title.

As of writing this article, Samantha Katie James has yet to acknowledge any wrong-doing or respond to the aforementioned criticisms.

Cole Sprouse Was Arrested During The Santa Monica #BlackLivesMatter Protest