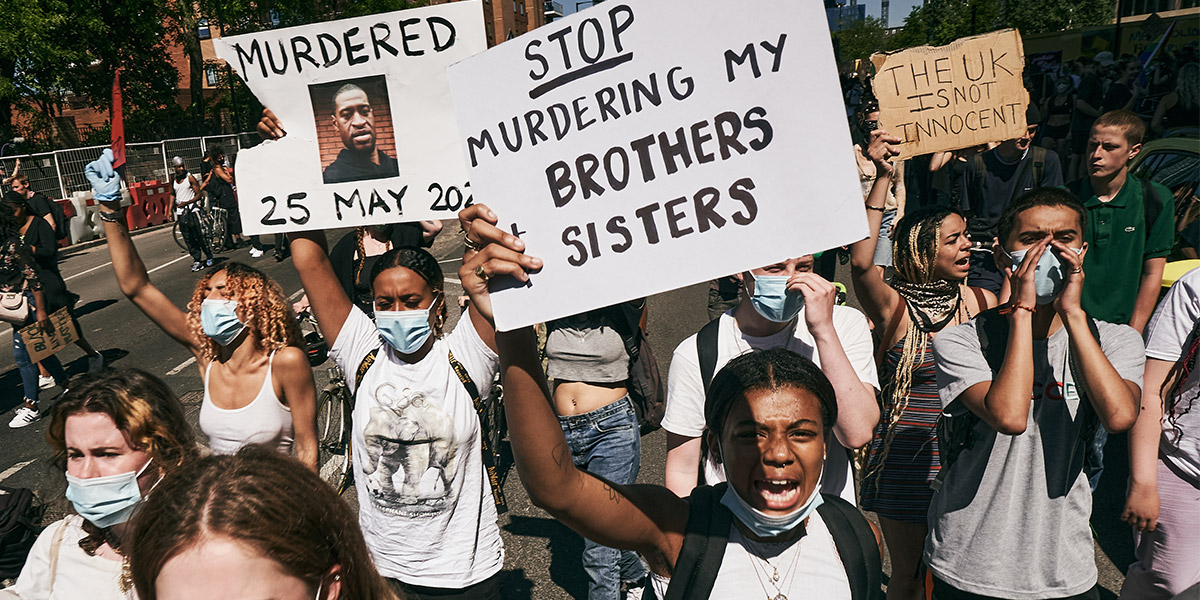 The two weeks since George Floyd’s death at the hands of the police have seen some of the most engaged, passionate and determined anti-racism protests and calls-to-action in recent memory.

From Minnesota and New York to Amsterdam and London, thousands of protesters have taken to the streets and social media to show solidarity with the Black Lives Matter movement and demand governments actively put an end to police brutality and institutional racism.

Celebrities have donated millions of pounds to the movement’s affiliated organisations, CEOs have resigned to make way for Black leaders, brands have been called our for their lack of diversity and racist behaviour and statues of colonialists and slave traders have been toppled.

There have also been less visible changes around the globe that are harder to measure. Since Floyd’s passing, people have taken the chance to reflect on their own privilege and racial ignorance. Others have had uncomfortable but crucial conversations about performative allyship and social inequality in order to find out how to make a lasting change and hold themselves accountable for racial bias.

In a similar vain to the Berlin Wall protests in 1989, Martin Luther King’s ‘I Have a Dream’ speech in 1963 and the Women’s March in 2017, 2020’s Black Lives Matter protests are historic and will hopefully continue to inspire change.

At Floyd’s funeral on June 9, his brother Rodney told mourners: ‘Everybody is going to remember him around the world. He is going to change the world.’

Undoubtedly, the 47-year-old’s death has marked the beginning of a global call for action.

We’ve rounded up a list of changes that have happened across the world in the last two weeks to show the power of protest:

What has happened in the US?

A day after Floyd’s death on May 25, protests began in Minneapolis, resulting in US police forces using riot control equipment, such as tear gas and rubber bullets, to deter the crowds from gathering.

Hours later, protests spread to cities across the US including in Memphis, Los Angeles and Louisville, with anti-racists also protesting the recent deaths of Breonna Taylor and Ahmaud Arbery.

On Tuesday June 9, US Democrats in Congress proposed legislation to reform American police, which would facilitate the prosecution of police for misconduct, ban chokeholds, and addresses racism.

From a cultural perspective, Gone with the Wind has been taken off HBO Max following calls for it to be removed from the US streaming service for its depiction of slavery, as has the US reality show Cops.

In the two weeks since Floyd’s death, various cities across the country have also enacted powerful measures to combat racism on a local level.

Minneapolis: On Friday 5 June, the City Council agreed to ban the use of chokeholds by police and required officers to report and intervene when they see unauthorised use of force by a colleague.

Buffalo, NY: Two police officers were suspended without pay and later charged with felony assault after a video showed them shoving a 75-year-old protester, who was hospitalised with a head injury.

Dallas: On June 4, Dallas Chief of Police Renee Hall implemented a new order instructing officers ‘to either stop, or attempt to stop, another employee when force is being inappropriately applied or is no longer required’.

New Jersey: A state official cited George Floyd’s death as he announced the state will update guidelines to police governing the use of force for the first time in two decades.

Maryland: Days after Floyd’s death, Maryland lawmakers said that they were forming a workgroup to address police reform and accountability.

Los Angeles: The City Council introduce a motion to reduce the LAPD’s $1.8 billion (£1.4bn) operating budget for the coming year.

New York City: Members of the MBTA Fiscal and Management Control board have refused to transport arrested protesters from demonstrations.

What has happened in the UK?

MPs and anti-racists have also urged the government to suspend the sale of British tear gas, rubber pellets and riot shields to the US and for ministers to clarify whether any UK-manufactured equipment is currently being used in the US during the protests.

On Tuesday June 9, London mayor Sadiq Khan launched a ‘diversity commission” to investigate which statues should be retained, which ones with slavery ties should be removed and the new status to be erected (more on this below).

In addition, Little Britain has been removed from BBC iPlayer, Netflix and BritBox amid resurfaced criticism from viewers over the depiction of certain characters.

Here’s what else has happened so far in the UK:

Bristol: A statue of the slave trader Edward Colston was torn down during an anti-racism protest and thrown into the harbour on June 7. The artist known as Banksy has since shared a proposal for what should replace the statue.This content is imported from Instagram. You may be able to find the same content in another format, or you may be able to find more information, at their web site.

London: On Tuesday, June 8 a statue of slave trader Robert Milligan was covered and then removed from outside the Museum of London Docklands.

Glasgow: A statue of Sir Robert Peel was vandalised by protesters and campaigners call on all UK cities to remove all historical figures associated with slavery and racism.

Protests have taken place across Europe since Floyd’s death, with demonstrators taking to the streets in Athens, Madrid, Brussels, Copenhagen and Berlin.

Amsterdam: A week after a Black Lives Matter protest in Dam Square involving as many as 14,000 people, a second has moved locations given an increase in supporters. The next demonstration will occur on Wednesday June 10, according to a Facebook event.

Germany: Following protests, graffiti artists Eme Freethinker has painted Floyd’s portrait on one of the last remaining sections of the Berlin Wall.

Mexico: On Thursday June 4, Mexico held a candlelight vigil for Floyd and portraits of him have been hung outside the US embassy with roses and candles.

Syria: Syrian painter Aziz Asmar and his two friends created an eight-food-high mural on a bombed Idlib building to show solidarity with anti-racists in the US. It features the words: ‘I can’t breathe.’