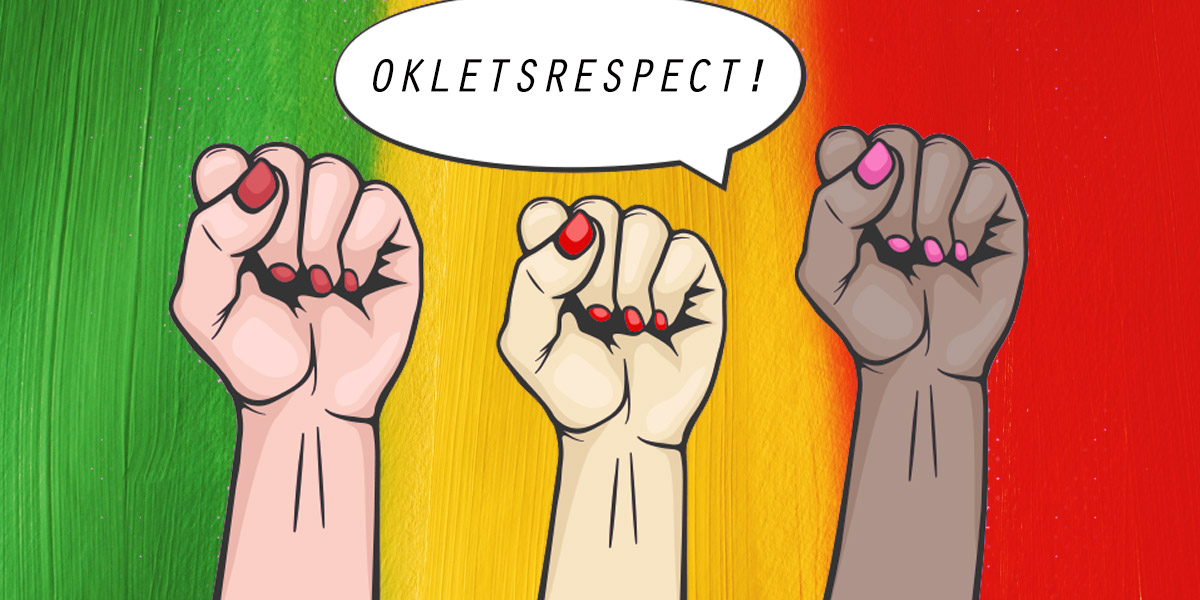 I don’t know about you, but 2020 strangely feels like I’ve stepped back in time. For one, never thought a pandemic would happen given all the advancements in medicine but here we are and it looks like there’s still a ways to go. Racial tensions are heightened as racism rears its ugly head in the comments made towards migrant workers and the mistreatment of these minorities coming to light. Not forgetting just blatant racism present in society exemplified by Samantha James and that whole debacle. Now, we can check the final box, rounding out this “backward-ness” checklist with toxic masculinity.

Last week, a local Malay podcast titled OKLETSGO and hosted by ex-Mediacorp radio DJs, Raja Razie, Dzar Ismail and Dyn Norahim received some heat for the misogynist comments they made. The three male hosts have been known to make degrading remarks on women, slut-shaming and objectifying them. This environment of toxic masculinity is further perpetuated with loyal listeners and fans of the podcast who call themselves “Bloods”. Perhaps in reference to the famous black street gang in Los Angeles with the same name.

Some instances of misogyny that have been highlighted by the public included the time one of the hosts commented, “I can’t take my eyes off your cleavage,” to their invited guest, Sherry Sherqueshaa, a transgender activist from Project X while they were discussing her activism work. While people can debate whether that comment was sexist or not, we can all agree that it’s highly unprofessional behaviour towards a guest that was invited.

I think we’ve all watched enough Jeffrey Epstein and R Kelly documentaries to know that saying that in general as a grown ass man is major yikes.

Some Singaporeans took to their social media page to deliver their criticisms and call OKLETSGO out:

It’s important to keep in mind that OKLETSGO is one of Singapore’s top podcasts with an audience of over 100,000 listeners per episode, many of whom are in the younger demographic. Whether you like it or not, with popularity comes scrutiny. Platforms with a larger reach are held to a higher standard, regardless the format. Be it a Youtube channel, Instagram account or in this case, a podcast.

OKLETSGO then addressed the backlash with a statement of their own, which you can read in full below:

As word salads go, this one serves at least 8. There was no actual apology in there, lots of justification and distancing themselves from their actions by calling it a “stage persona”. Some pointed this out as well and were met with retort from fans saying, “If you don’t like then don’t listen.” A classic.

However, people’s suspicions of inauthenticity were confirmed in The OKLETSGO Telegram chat that has now been made private. In the alleged chatroom, one of the hosts, Raja Razie said, “I believe there’s an apology post on my social circulating… If you guys have seen it, then have a look but if you haven’t, it’s ok.”

He then went on to say that their statement was written by Razie’s personal assistant and that, “we are non apologetic.”

At this point, they should’ve just ended their “non-apology” statement with, “You have been heard… but still 100% ignored.”

The President of Singapore, Halimah Yacob also weighed in on this issue via a statement on her official Facebook page. In it, she addresses why this is not a “minor” issue that should be swept under the rug. Misogynistic behaviours are learnt and perpetuated when the public chooses to dismiss these microagressions against women.

“Women are not objects to be made fun of, ridiculed and trampled upon, and no one has the right to do that to them,” the President stated, “Taking cheap pot shots at women to boost ratings or to make some people laugh no matter how offensive, cannot be justified under any label be it freedom of speech or encouraging conversations.”

Another prominent public figure in the local Malay community who spoke up against the remarks made my OKLETSGO hosts was the Mufti of Singapore, Nazirudin Mohd Nasir. In an Instagram post, he wrote, “God looks at us equally so we should be ashamed to discriminate, belittle and treat women with disrespect.”

“Whilst discussing social issues is helpful and we must encourage those who offer such platforms, what we say and do will reinforce and shape the attitudes of those who listen and look to us,” the Islamic jurist continued, “We should therefore use such influence to create positive change, not to perpetuate sexist attitudes and behaviours that have plagued our community for far too long.

Discussions are still ongoing as more people chime in on this issue, creating much needed social discourse on sexism and misogyny. Especially in Malay households where people tend to be more traditionalist than progressive.

Though it may be depressing to see that issues such as racism and sexism still rampant in 2020, it is encouraging to see people in leadership positions speaking out and taking these issues seriously. As advanced as Singapore may be in terms of technology and innovation, its equally important to make advancements in the field of humanity and compassion.

And it all starts with, as the great Aretha Franklin would say, a little r-e-s-p-e-c-t on all sides.

For Gen Z Muslims, Gigi And Zayn Are More Than A Hollywood Power Couple