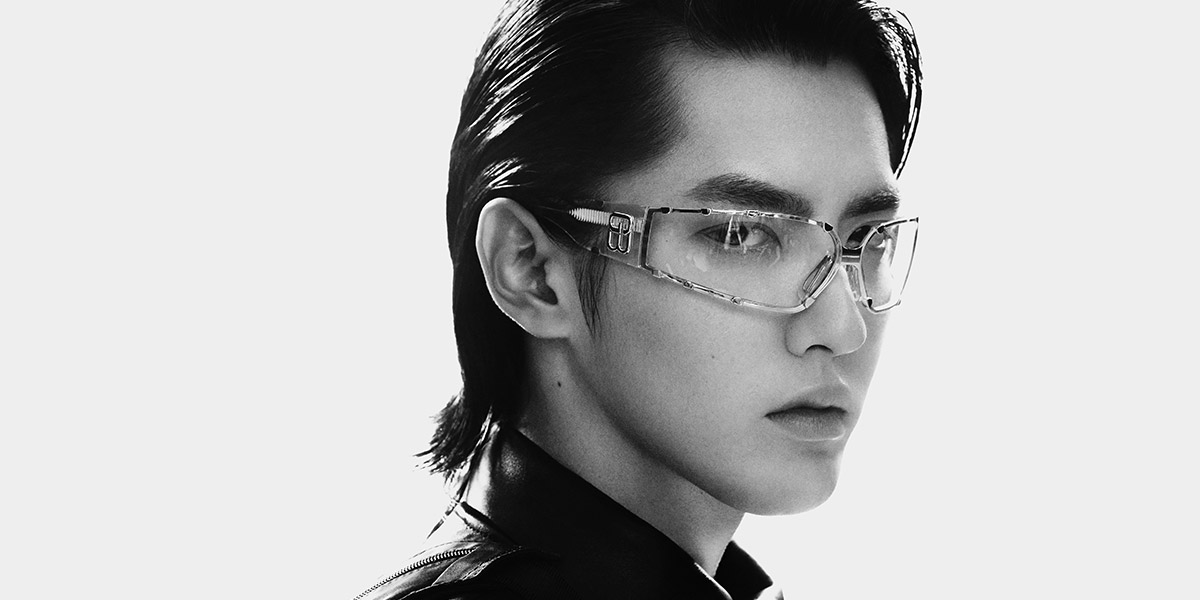 Always a favourite among Asian A-listers, South Korean Eyewear Label, Gentle Monster has announced a brand new collaboration that’s set to debut this week. For this collection, the eyewear tastemaker worked with Chinese rapper and former idol, Kris Wu. The “Gentle Wu” collection, as it is called, will feature four new eyewear designs in a varying colours that are the perfect blend of the futuristic and retro 90s elements.

Gentle Monster is known for not just being a celebrity favourite, but also for its collaboration efforts. Earlier this year, the eyewear label collaborated with BLACKPINK’s Jennie for the “Jentle Home” Collection, which naturally was a huge success. Part of what makes each collaboration so special is the brand’s seamless integration with art and space, along with their trend-setting designs. For instance, to celebrate the launch of “Jentle Home”, the Seoul based brand transformed a section of their store into a Barbie themed home.

It’ll be interesting to see what the corresponding retail decor and art installations that will be paired with the “Gentle Wu” collection, but we would wager that it might be something futuristic, judging from the campaign photos that have been released.

The choice of Kris Wu for a brand like Gentle Monster is a complete no-brainer. The global star kickstarted his career by being one of the original members of the popular K-pop boy group, EXO before parting ways and focusing on his own solo career in China. Wu is also known for his sense of style and luxurious taste in fashion, particularly when it comes to streetwear. For context, this superstar revealed that he wears Supreme boxers on the daily when asked about his everyday essentials.

Not to mention, Wu has fronted global campaigns for Louis Vuitton Men and was appointed to be the first non-British, Asian global ambassador for Burberry in 2016. In 2017, Wu was announced to be Bulgari’s international ambassador at that year’s Baselworld. Hence, it’s safe to say that Wu has rubbed shoulders with the movers and shakers in the fashion scene for years.

The “Gentle Wu” collection is set to will make its debut on T-Mall on 17 June and will be available on Gentle Monster’s official channels from 25 June onwards. Check out every piece in this collection along with prices below: