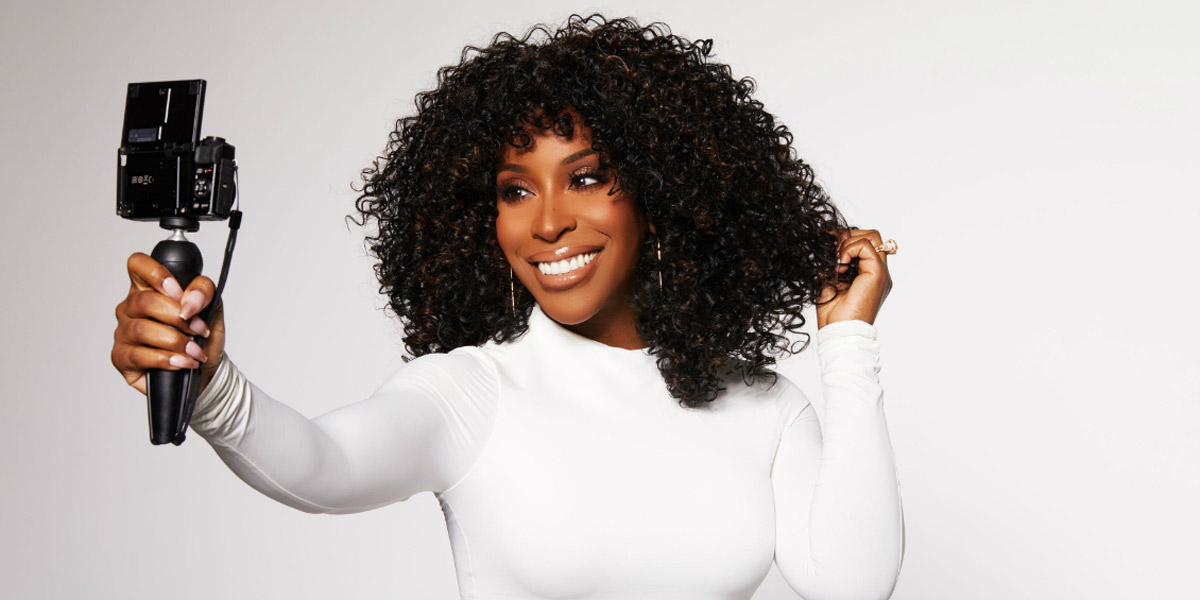 In light of the racial injustice that is being exposed in all fields of life, it’s brought us to contemplate how we can do better to be allies of the black community. From the UK to the United States, some of our favourite content creators have been breaking algorithms, created the most iconic moments on the red carpet, dazzled their designs on the world’s biggest superstars and warmed up our nightly YouTube indulgence.

While some of you have seen their faces on Netflix or have heard of them through brand collaborations, here are our top eight favourite creators to follow:

As one half of JSN Studios in Netflix’s Styling Hollywood, celebrity fashion stylist Jason Bolden is the name to follow on your radar. While his husband Adair Curtis deals with interior decorating, Bolden’s been busy attending to a long list of celebrity clientele from Taraji P. Henson to Sabrina Carpenter. Apart from actresses, Ava du Vernay, the director of When They See Us, and author/trans activist Janet Mock are also clients. Compared to his contemporaries, Bolden naturally gravitates towards simple, yet daring silhouettes that teeter towards the edge of avant grade. It’s no secret that his looks have been able to crack best dressed lists. No stranger to bringing his friends into his orbit, Bolden has introduced us to Charles Harbison, whose dramatic black and hot pink dress on du Vernay has brought us to drop our jaws.

Founder and editor-in-chief of The IN Mag, Isis Nicole is also the crystal ball of Instagram for her sharp radar on emerging talent that is breaking the app’s algorithms. Rooted deep in nostalgia, but progressive in spirit and globally inclusive, The IN Mag is a print magazine for the Instagram generation that likes to play around with film cameras, watch foreign movies, listen to indie pop music and spend countless hours on the app searching for inspiration. Some of the breakout talent that Isis Nicole has featured includes virtual model Lil Miquela, singer/actress Abra, gender-bending musician Dorian Electra and actress Uhm Ji-won. Apart from running a magazine, she vlogs with comedian David Nguyen as Bunny Fox on their YouTube channel.

Behind every bedazzled catsuit, fishnet thigh highs and tights is Destiney Bleu, the founder and designer of d.bleu.dazzled. Every sewn-on Swarovski crystal creation has hugged the curves of Beyoncé, Lady Gaga and Nicki Minaj. Aside from musicians, Ashley Graham was spotted wearing a pair of sparkly nude tights and gloves designed by Bleu in collaboration with Dapper Dan for Gucci at the Met Gala last year. Though Bleu is better known for her body-hugging designs, you can add some subtle sparkle to your closet with her blinged out athleisure and durags.

Bella Hadid and Rihanna have certainly broke the internet with their super edgy looks in editorials, but the genius behind the masterpieces is Farren Jean Andrea. Starting out from the now-defunct virtual styling platform Polyvore, the fashion stylist counts video games and Aaliyah as inspiration for the street style that fuses tomboy sass with over the top sensuality and dramatic glamour. Thanks to his sharp vision and distinct aesthetic, it’s brought him to land Jhene Aiko and Saweetie as clients. Besides mood boarding on Instagram, the stylist also gets candid by sharing screenshots from his Twitter feed, raising awareness about social injustices and memes.

Lingerie blogger and author of In Intimate Detail, Cora Harington has built a steady following from her blog The Lingerie Addict. While reviewing lingerie is her specialty, Harington schools us on the ins and outs of the process behind the design, business, how to buy lingerie and dive into the ethics of a brand. The perfect combination of smart and sexy, Harington is here to educate us on how we can be better consumers as well as feeling empowered within our own bodies.

The London-based YouTuber is not just another self-taught makeup artist. Candid, curious and humorous, Ropo Demure takes us on a trip to salons and makeup counters, where she reviews the best and worst places. When she’s not entertaining us with her trips to the makeup counter, she lights up our screens with mukbangs, try on hauls and hair tutorials. Get prepared to have lots of belly laughs.

The Los Angeles-based Nigerian American influencer is ready to take over the world with at least 229 plus million viewers on her YouTube. Though we know her for creating a colourful eyeshadow palette with Anastasia Beverly Hills last year, Aina has been cultivating a following since 2009 for her reviews of cult beauty products, makeup tutorials, unpopular opinions and on occasion, share pearls of wisdom. Not shying away from talking about real life issues, Aina sounds off on skin bleaching to colourism in dating preferences. With her energetic introduction, sassy personality and raw honesty, it’s the magic combination that makes this leading Leo the YouTuber of our generation.

Pusher of Boundaries, Maestro of Red Carpet Fashion and Image Maker of All Time, Kollin Carter is the man behind Cardi B’s most iconic looks. Whether she’s covered head to toe in a floral Balenciaga get up in Paris or strutting on red carpets in archival Mugler, the rapper always counts on Carter to make sure that they make fashion history on or off the Internet. He also dresses Kelly Rowland, Anok Yai, Normani and Naomi Campbell in equally head-turning outfits. While most stylists mainly focus on well-established brands from Europe and the States, Carter pulls beautifully crafted pieces by couturiers all over the world from Lebanon (Rami Kadi) to Indonesia (Sebastian Gunawan). While he has yet to hit half a million Instagram followers, expect his numbers to blow up higher soon.