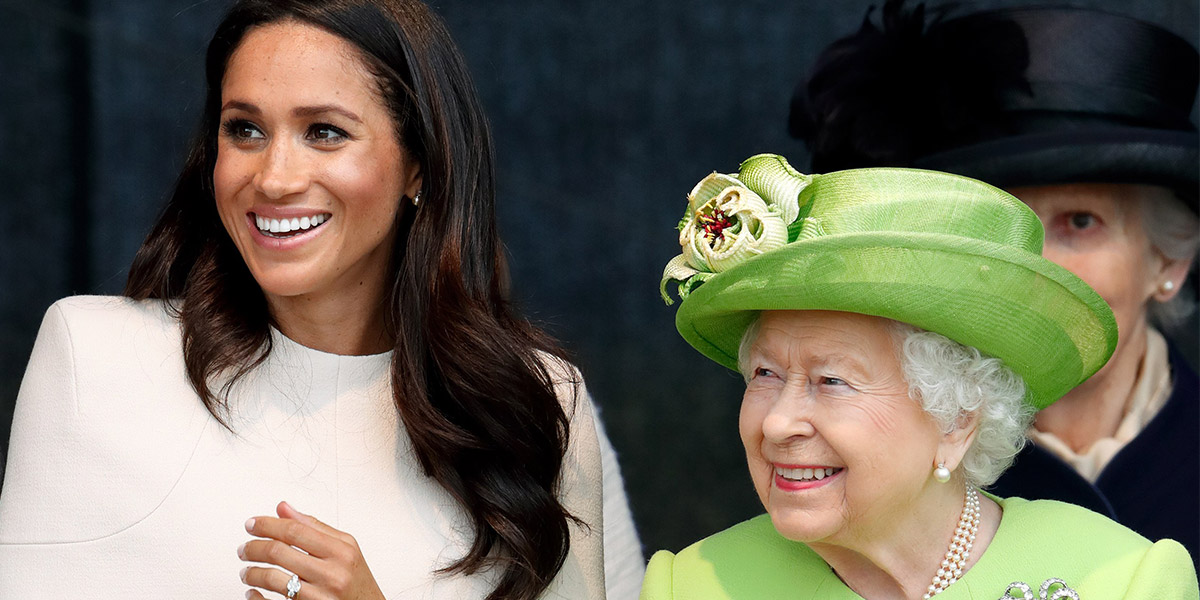 The Duchess of Sussex has shared how she felt “undefended by the institution” of the monarchy while pregnant in new documents filed by her legal team and seen by ELLE.com in her privacy case against Associated Newspapers and the Mail on Sunday. The Duchess has faced an onslaught of media attacks from the start of her relationship with Prince Harry and has been “prohibited from defending herself” after marrying into the Royal Family.

“The Claimant had become the subject of a large number of false and damaging articles by the UK tabloid media, specifically by the Defendant, which caused tremendous emotional distress and damage to her mental health,” her lawyers stated in the new court documents.

The documents came to light in the latest procedural motion filed by Duchess Meghan’s attorneys in response to a request from the Mail on Sunday for additional information, the third time they have done so in the ongoing legal case.

The Duchess is suing the Mail on Sunday and Associated Newspapers for breach of privacy, misuse of private information, and copyright infringement over a handwritten letter she sent to her father, portions of which were published by the Mail on Sunday without her permission.

A source close to the Duke and Duchess of Sussex told ELLE.com, “This gross violation of any person’s right to privacy is obvious and unlawful.” The documents submitted by Duchess Meghan’s lawyers “provides evidence to disprove the core claims that are made in the Mail on Sunday’s case,” the source added.

Her attorneys also addressed questions surrounding five of her friends’ participation in a People magazine article in February 2019. They were concerned by the bullying Meghan was facing on a near daily basis in the press. The five friends, one of whom has known the Duchess for more than 20 years and knew her father, “had never seen her in this state before, they were rightly concerned for her welfare, specifically as she was pregnant, unprotected by the Institution, and prohibited from defending herself,” the court papers state.

The filings also put to rest any question that Meghan was aware of her friends’ participation in the article before it was published and that her friends acted only after they were concerned about her welfare. “Her close friends, including those that had visited her in the UK and others who did not, were equally concerned for her mental health and wanted to help,” the latest court filings show.

A source close to the Sussexes told ELLE.com, “the Mail’s defense largely hinges on the falsehood that The Duchess authorized or arranged for her friends to tell People magazine about her letter to her father. They argue that because she allowed her friends to discuss the letter, she gave up her privacy rights. In our response, we set out in absolute detail to prove how this is categorically untrue.”

The latest court documents also lay out the “frustration” Meghan and her friends felt at the Kensington Palace communications operations’ decision to not defend Meghan more vigorously when she was being falsely attacked by the media which they felt “left everyone feeling silenced.”

“It was mandated by the KP Communications Team that all friends and family of the Claimant should say ‘no comment’ when approached by any media outlet, despite misinformation being provided to UK tabloids about the Claimant,” the latest court documents from Meghan’s lawyers state.

Adding “had the Claimant been asked or been given the opportunity to participate, she would have asked the KP communications team to say on the record that she had not been involved with the People magazine article, as she had not been.”

Further details of Meghan’s relationship with her now estranged father and Prince Harry were also laid out in the latest procedural filing in the case. The documents show the lengths to which Harry and Meghan went to protect her father in the lead-up to their wedding. The documents also reveal that Prince Harry and Archie have never met her estranged father Thomas Markle.

The couple booked flights hotels and made other arrangements to protect his privacy before the wedding. They also arranged an appointment with a L.A. tailor to get Mr. Markle fitted for a suit using a pseudonym to protect his identity while he was being stalked by the tabloid press ahead of the Duke and Duchess’ May 2018 wedding. They arranged for him to have a dedicated assistant all in an effort to make him comfortable despite the intense scrutiny he was facing. The relationship ultimately broke down after her father participated in a series of staged photographs with a L.A. paparazzi and multiple paid interviews with various outlets. Mr. Markle, who suffered a heart attack just days before the wedding, pulled out of the wedding in the hopes of not causing any additional embarrassment to his daughter after the staged photos became public. The court documents provide a detailed account of Meghan’s efforts to reach out to her father on the eve of her wedding, repeatedly calling him, despite reports to the contrary.

While no court date has been set, the motions continue with Associated Newspapers vowing to vigorously defend itself from the Duchess of Sussex’s legal claim. The Mail on Sunday disputes the premise that Duchess Meghan’s letter was edited to change its meaning. Should she win her case, the Duchess has vowed to donate any money to anti-bullying charities.

A source close to the Sussexes told ELLE.com, “Throughout this process, the extremes to which The Mail on Sunday used distortive, manipulative, and dishonest tactics to target The Duchess of Sussex have been put on full display.”

Meghan Markle, Prince Harry, And Archie Video-Chatted The Queen For Her Birthday