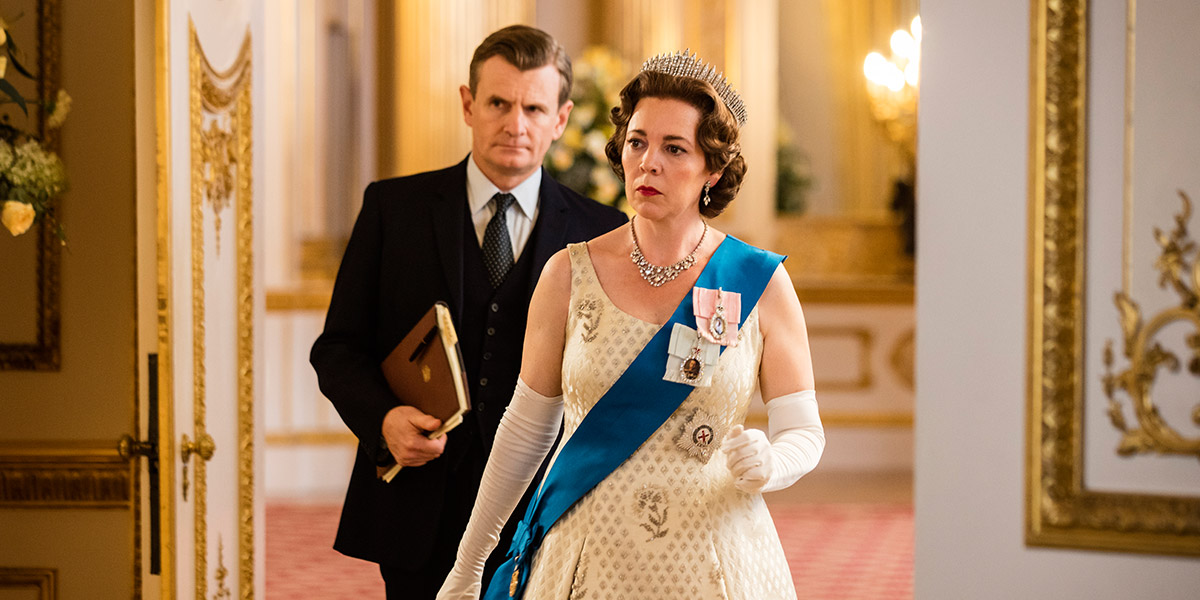 Warning: Contains minor spoilers for seasons 4 and 5 of The Crown.

Although Royal enthusiasts await season 4 of Netflix’s The Crown, intel on the fifth and final season has begun to emerge. From the Oscar-nominated actresses assuming the roles of Queen Elizabeth and Princess Margaret to hints at the plot, there’s plenty to anticipate. Below, everything we know about season 5 of The Crown, including how Prince Harry and Meghan Markle‘s royal exit will impact it.

The fifth season of The Crown will be its last.

Back in November 2016, Netflix content chief Ted Sarandos confirmed that Morgan’s initial pitch for the show outlined six seasons. “The idea is to do this over six decades, in six seasons presumably, and make the whole show over eight to 10 years,” he said, per The Hollywood Reporter.

But just as the Royal family’s recent plans have changed, so too has the series depicting it. Deadline reported in late January that the show’s fifth season would be its last. “At the outset I had imagined The Crown running for six seasons but now that we have begun work on the stories for season 5 it has become clear to me that this is the perfect time and place to stop,” Morgan said in a statement. “I’m grateful to Netflix and Sony for supporting me in this decision.”

News of an abbreviated run for The Crown came on the heels of major content opportunities for the show. Earlier that month, Prince Harry and Meghan Markle sent ripples throughout the monarchy when they announced they would step down from their senior royal roles. In November, Prince Andrew was forced to walk away from his own royal duties after questions about his ties to Jeffrey Epstein arose.

A scrapped sixth season means Oscar nominee Imelda Stauntion will have only one installment to make an impact. Rumors of her casting as the Queen initially began in November 2019, shortly after the third season premiered. Deadline confirmed the news in late January.

“I’m absolutely thrilled to confirm Imelda Staunton as Her Majesty the The Queen for the fifth and final season, taking The Crown into the 21st century,” creator and showrunner Peter Morgan said in a statement. “Imelda is an astonishing talent and will be a fantastic successor to Claire Foy and Olivia Colman.”

Netflix also tweeted a statement from Staunton about her casting: “I have loved watching The Crown from the very start. As an actor it was a joy to see how both Claire Foy and Olivia Colman brought something special and unique to Peter Morgan’s scripts. I am genuinely honoured to be joining such an exceptional creative team and to be taking The Crown to its conclusion.”This content is imported from Twitter. You may be able to find the same content in another format, or you may be able to find more information, at their web site.

Netflix announced in July that Oscar-nominated Lesley Manville (Phantom Thread, Maleficent) will take on the role previously played by Helena Bonham Carter and Vanessa Kirby. “I could not be happier to be playing Princess Margaret,” the actress said in a statement, shared to the show’s official Twitter. “The baton is being passed on from two formidable actresses and I really don’t want to let the side down. Furthermore, to play siblings with my dear friend Imelda Staunton will be nothing short of a complete joy.”

Meghan Markle and Prince Harry aren’t likely to be covered on The Crown.

Morgan originally held this stance back in 2018. “I feel uncomfortable writing about events within a certain time period,” he told Entertainment Weekly. “I think there’s a certain amount of time within which, if you write about it, what you do instantly becomes journalistic. Because it’s too close to the moment.”

The season 5 timeline has not been determined.

There isn’t word on what the final season of The Crown will cover. Insiders told Deadline in January that the fourth season will end around 1990, the year Thatcher was “ousted” from her Prime Minister position.

From there, it’s unknown just how modern the monarchy will get. The series could choose to skip ahead to more recent events or follow a ’90s format without depicting, say, the college courtship between Prince William and Kate Middleton, or Prince Harry and Meghan Markle’s wedding.

While we’re speculating about what The Crown could cover, keep in mind that many major events occurred within palace walls in the thirty-year timespan between 1990 and 2020. There have been six prime ministers: John Major, Tony Blair, Gordon Brown, David Cameron, Theresa May, and Boris Johnson. Three major divorces rocked the ’90s, including Princess Anne and Mark Phillips’ 1992 split and the 1996 breakups between Prince Charles and Princess Diana and Prince Andrew and Sarah Ferguson. A year later, Princess Diana died in a car crash in Paris. And in 2002, Queen Elizabeth celebrated her Golden Jubilee after 50 years of ruling. Several of these events were depicted in the 2006 film The Queen, which was written by Morgan.

Cameos from former cast members are not out of the question.

No other cast members have been announced for season 5 of The Crown. Viewers know that the main characters are recast every two seasons for aging purposes. Seasons 3 and 4 saw Olivia Colman (Queen Elizabeth II), Tobias Menzies (Prince Philip), and Helena Bonham Carter (Princess Margaret) lead the royal ensemble, while the first two seasons followed Claire Foy, Matt Smith, and Vanessa Kirby in those roles.

A season 5 cast will also presumably include Prince Charles, Camilla Parker Bowles, Princess Diana, and potentially Margaret Thatcher (who plays a large role in season 4 and will be played by Gillian Anderson). While the casting confirmations roll in, keep in mind that cameos from former cast members could occur. Foy was spotted filming for a potential flashback for the fourth season in November 2019.

A premiere date has not been set.

No official release date for the final season has been announced. Fans don’t even have a concrete date for the fourth season. However, Entertainment Tonight reported that season 4 finished filming on schedule, mere days into the pandemic. If the next two installments follow the previous release schedule, a fourth season would air in late 2020, following the third season in 2019. The first two seasons aired back to back in 2016 and 2017, with a year in between for the casting switch. Thus, a fifth season could tentatively air as late as 2022.

Prince Harry And Meghan Markle Have Formally Shut Down Their Charity