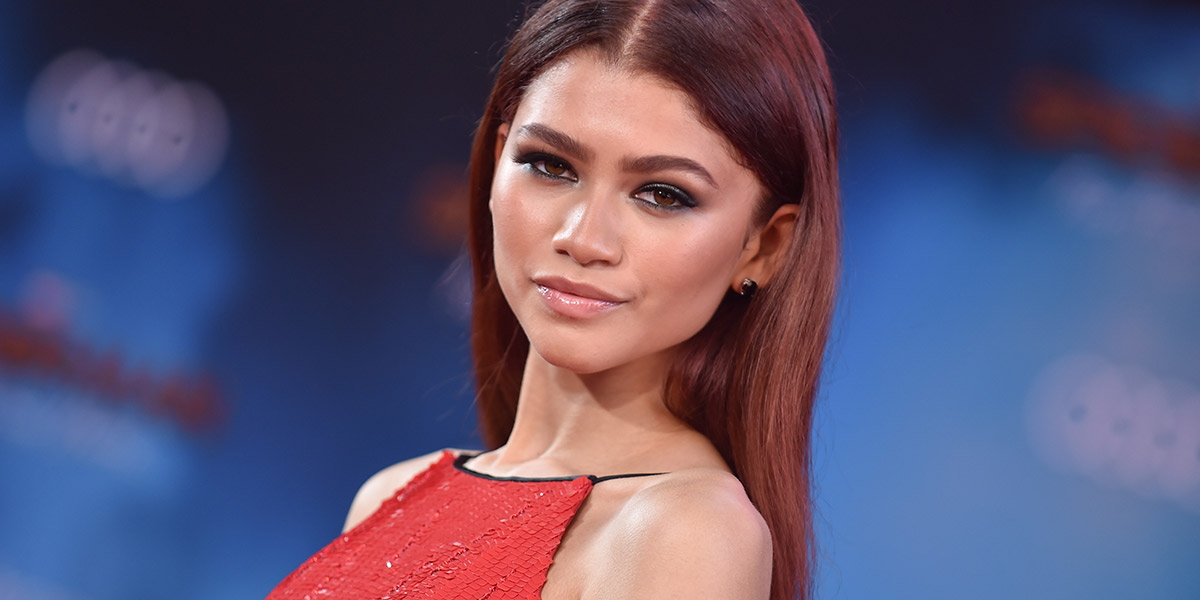 Euphoria fans were disappointed when season 2 filming was postponed days before the cast was meant to return to work. But pandemic restrictions on production didn’t stop Zendaya, one of the show’s stars, and Euphoria creator Sam Levinson from making something new. Zendaya recently revealed the first look at Malcolm & Marie, a new film secretly shot over two weeks during quarantine, according to Deadline. Here’s what we know about the unprecedented project.

Malcolm & Marie was shot and completed entirely during the pandemic.

The outlet reports that the movie “has been shooting quietly all along” while the world has been in lockdown, already completing filming in its entirety. Malcolm & Marie reportedly filmed from June 17 to July 2 at the eco-friendly glass Caterpillar House in Carmel, California. According to Deadline, the cast and crew adhered to safety rules instated by the Writer’s Guild, Director’s Guild, and Screen Actor’s Guild associations amid COVID-19.

Zendaya helped conceive of the movie and finance its top-secret production.

According to Deadline, Zendaya not only starred in the upcoming movie but helped bring it to life behind-the-scenes. The actress reportedly called Levinson shortly after Euphoria season 2 delayed filming in mid-March. She “asked if he could write and direct a movie during quarantine,” Deadline wrote. Six days later, Levinson had penned the script that would become Malcolm & Marie.

Then, Levinson, Zendaya, and a collection of other producers, including Levinson’s production partner and wife Ashley Levinson payed for the film themselves. Other executive producers include Kevin Turen, Aaron L. Gilbert, Will Greenfield, Scott Mescudi (aka Kid Cudi), and Yariv Milchan and Michael Schafer, both of whom will donate their cut of proceeds made from the film to charity. Co-executive producers are Katia Washington, Harrison Kreiss, Stuart Manashil and Kenneth Yu, Deadline reports.

The film stars Zendaya and John David Washington, seemingly as a couple.

Another major step towards getting the film made was casting John David Washington (BlacKkKlansman, Christopher Nolan’s upcoming Tenet). Washington serves as an executive producer on the movie and co-stars alongside Zendaya. Not much is known about the secretive project’s plot. However, Deadline reports that the movie “has some echoes of Netflix’s Marriage Story, while resonating a number of social themes that the world is experiencing right now.”

Naturally, there were a lot of health and safety rules.

In order to become the first major movie to film during quarantine, several airtight guidelines had to be followed. Production collaborated with medical professionals, attorneys, and members of the various film associations prior to shooting. Crew members often pulled double-duty in order to keep the production team small. And everyone involved with Malcolm & Marie was quarantined at the location property for two weeks, taking multiple COVID tests and wearing PPE during that period.

Other rules included a max of 12 people on set at any time, multiple daily temperature checks, and actors maneuvering their own costumes and mics. As for craft services, food was individually wrapped and all utensils were disposable. An extensive list of protocols and practices can be found on Deadline’s original report.

No release date for this secretive movie has been announced. Until then, we’ll be re-watching Zendaya and Levinson’s first critically-acclaimed collaboration.

Song Ji-Hyo Is Taking Over South Korea With New Film & TV Series, Did We Love?