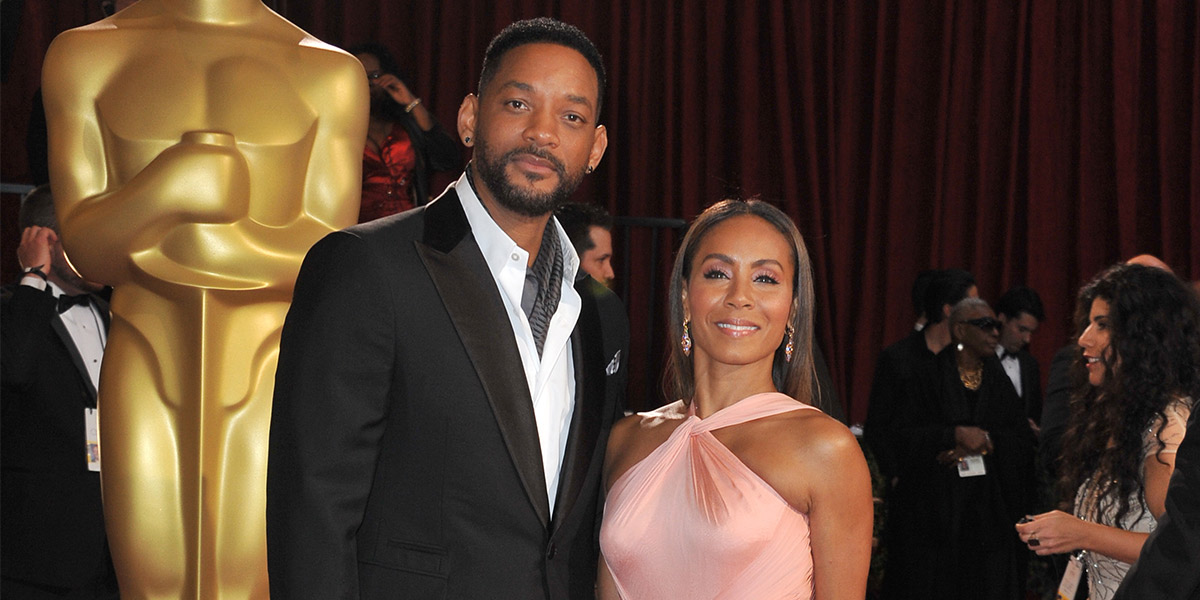 Jada Pinkett Smith And Will Smith have finally addressed rumours that the Matrix Reloaded star had an affair with American singer-songwriter August Alina.

For several years, it has been speculated that the actress and singer had a relationship during her marriage to 51-year-old actor Smith.

It is believed the actress met Alsina in 2015 when the mother-of-two went to support her children, Jaden and Willow, during their performance at Wireless Festival in London.

After years of denying rumours of a romantic relationship, Alsina recently opened up about his romance with the 48-year-old actress, revealing that he has a ‘ton of love’ for Pinkett Smith.

In response to the reports, the actress has addressed chatter of what she describes as her ‘entanglement’ with Alsina, during a public conversation with Smith. The married couple of 23 years clarified that they had previously separated and Pinkett Smith explained her relationship with Alsina made her relationship with her husband stronger than ever.

‘One thing I’ll say about you and I, is that there have never been any secrets . . . any relationship, in trying to get to a deeper understanding of love is going to be forged in the fire,’ she recently told Smith on her Red Table Talk show.

Here’s everything you need to know about Jada Pinkett Smith and Will Smith’s recent revelations:

On Friday, July 10, the actress shed some light on the ongoing rumours during an episode of her show Red Table Talk where she was joined by Smith.

Pinkett Smith added that she considers the issue ‘private’ and that it was a ‘very personal journey that became very public’.

‘Four and a half years ago… I started a friendship with August and we actually became really, really good friends,’ she explained. ‘And it all started with him just needing some help, me wanting to help his health, his mental state.’

Alsina has suffered a lot from his health over the years, including eye and liver disease, temporarily losing the ability to walk and a past addiction to pain medication Percocet.

The mother-of-two continued, saying that she met Alsina through her son, Jaden, and that she and her husband were going through a ‘very difficult time’ when she the pair met.

‘I was done with you,’ the Pursuit of Happyness star told his wife.

‘We broke up,’ Pinkett Smith clarified, saying: ‘We decided that we were going to separate for a period of time.’

The actress said that she did get into a relationship with Alsina but that she didn’t view their bond as a ‘transgression at all’.

‘Through that particular journey, I learned so much about myself and was able to really confront a lot of emotional immaturity, emotional insecurity and I was really able to do some really deep healing,’ Pinkett Smith admitted.

‘And as I came through and started to realise certain things about you and I, he decided to break all communication with me which was totally understandable. And I let that be and hadn’t talked to him since so it is a little weird that all this stuff is coming out now since this was several [years ago],’ she told her husband.

Pinkett Smith noted that she and Will are now at a place of ‘unconditional love’.

The acting couple married in December 1997 and share two children together: son Jaden, 22, and daughter Willow, 19.

During an interview with YouTube host Angela Yee on June 30, Alsina opened up about his relationship with Pinkett Smith.

‘I actually sat down with Will and had a conversation due to the transformation from their marriage to life partnership … he gave me his blessing,’ the 27-year-old told Yee.

‘And I totally gave myself to that relationship for years of my life, and I truly and really, really, deeply loved and have a ton of love for her (Jada). I devoted myself to it. I gave my full self to it. So much so that I can die right now, and be OK knowing that I fully gave myself to somebody … Some people never get that in this lifetime.’

The singer added that his decision to walk away from the relationship ‘butchered’ him.

‘It pushed me into being another person … It broke me down … It probably will be the hardest thing I ever had to experience in this lifetime,’ he added.

Rumours that the pair were an item have circulated the internet for years, especially after the singer released his 2019 track ‘Nunya’.

The song includes the lyrics: ‘You got me feeling like it was an act, you’re just an actress/Putting on a show ’cause you don’t want the world to know.

The song’s official video also featured a screenshot of a text message from a love interest named ‘Koren’, which is Jada’s middle name. Alsina previously denied the song was about his former partner.

For years, speculation and rumours have been rife over the state of the couple’s marriage.

Pinkett Smith fuelled this speculation in 2015 when she told radio presenter Howard Stern that she trusts her husband to do the right thing.

She said: ‘I’m not his watcher. He’s a grown man … I trust that Will is is a man with integrity. He’s got all the freedom in the world … and as long as Will can look himself in the mirror and be OK? I’m good.

‘I’m not the kind of woman that believes that a man’s not gonna be attracted to other women … It’s just not realistic,’ she added. ‘And just because your man is attracted to another woman doesn’t mean he doesn’t love you. And it doesn’t mean he’s gonna act on it.

‘If your man can’t really see another woman’s beauty, how the hell is he gonna see yours? … You have got to be human and be who you are.’

Two year prior, she echoed these sentiments during an interview with HuffPost Live, when she stated that her husband ‘is his own man’ and ‘can do whatever’ he wants.

She later clarified her comments on Facebook, writing: ‘Do we believe loving someone means owning them? Do we believe that ownership is the reason someone should “behave”?’

‘Will and I BOTH can do WHATEVER we want, because we TRUST each other to do so [sic],’ Pinkett Smith continued, referring to her relationship as a ‘grown’ one as opposed to ‘open relationship’.

In 2005, Smith told the Daily Mail that he and his wife were open about being sexually attracted to other people.

Sandara Park In Tears After A Heart-To-Heart With Former 2NE1 Member, Minzy