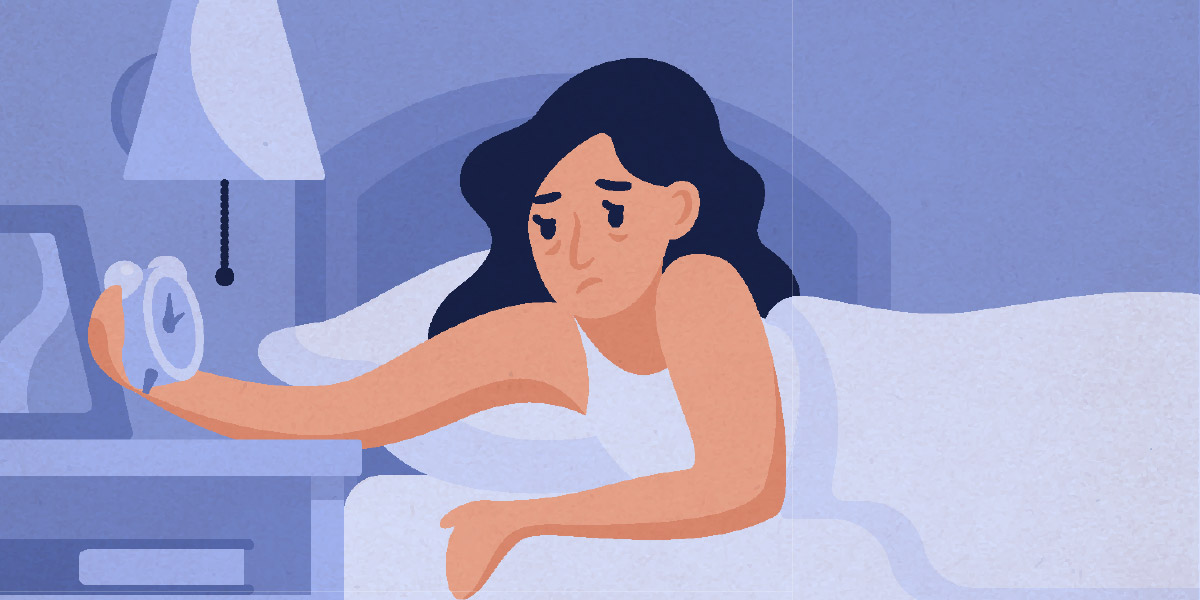 The second time I opened my eyes after finally dozing off at 4am, was 7.03am — if I remembered correctly what my iPhone screen flashed. It was the first thing I’d reach for, to check on the hours of sleep I’d clocked after multiple sleepless nights since my bedroom started doubling up as my office space. The number see-saws between three and four; I’d hit five if my body (and mind) were feeling generous.

I would rouse even to the softest and slightest of sounds — the high pitched chirping of birds, the whirring of the standing fan or the faint rumbling of a passing train. After that, it would be impossible to fall back to sleep again, and one of two scenarios would take place — one, trudging through the day in “zombie” mode (body feels tired, but mind doesn’t want to rest) and eventually sleeping only in the wee hours of the morning again; or two, succumbing to my fatigue and sinking into a comatose sleep for seven or more hours by noon… leaving me wide awake at night. And the insomniac cycle repeats. Considering I’m not someone who usually has problems falling asleep — I don’t even take coffee — this is a literal eye-opening experience.

It’s a topic I’ve raised with friends and colleagues who are working from home as well. Of a small group of 20 thereabouts surveyed, all of them reported the same issue. “I’ll close my eyes and tumble around for half an hour,” a close friend shared. “When I still can’t get to sleep, I have to force my mind to rest [at least].”

Perhaps therein lies one of the biggest factors contributing to the work-from-home insomnia — according to sleep experts. The line between work and leisure has dissolved, and the bedroom has become yet another workspace, losing its association as a place of quiet to rest. Working at home is something new for most people, says Dr. Leow Leong Chai, director of the Sleep Disorders Unit at the Singapore General Hospital, on this phenomenon.

“We are all still coming to grips with how we can work effectively and efficiently from home, yet maintain a healthy separation between our work life and [social life] at home,” he adds. Other probable reasons, shared Dr. Leow, might be due to an upset biological rhythm, where we wake up later, and often at very irregular hours due to the disruptions in our fixed sleep-wake schedule. Poor sleep hygiene is caused by using electronic devices in the bedroom, and working late into the night, and these habits only worsen the insomnia — as we’re not letting our minds relax and wind down before bed. In that vein, blue light from electronic devices especially, has the ability to suppress melatonin (the hormone that regulates the body’s sleep-wake cycle) release, therefore impairing the body’s natural tendency to fall asleep at night.

So, not being able to drift off to dreamland is one thing, but is there a relation between that and actually getting good sleep? Dr. Leow says yes. “They’re both different manifestations of insomnia, which can be broadly divided into sleep onset and sleep maintenance insomnia,” he explains. “Most people with insomnia suffer from both types of symptoms, which can be caused by any condition that interferes with the ability to initiate and maintain sleep.” And it’s not a good thing either, when you do eventually “crash” in bed for a long, deep nap — this is what Dr. Leow calls “a recipe for jet lag, without even getting on a plane” — as it allows the insomniac cycle to repeat itself night after night.

I highlighted another one of my observations to Dr. Chua Ai Ping, senior consultant of respiratory medicine at Ng Teng Fong General Hospital — sometimes, I can’t nod off at night even though I’ve clocked only three hours of sleep and can physically feel that my eyes are tired to the point where my eyelids droop. As it turns out, she says that patients with insomnia tend to have cognitive hyper-arousal (worry, rumination, and thoughts of “why can’t I fall asleep?”), which is linked to the quality of sleep, and physiologic hyper-arousal during the day (increased alertness, anxiety, etc). It’s an emotional-physical vicious cycle of sorts.

A 2018 study on hyper-arousal and sleep reactivity in insomnia touches on how stress impacts “sleep reactivity” — a.k.a. the extent of disturbed sleep at night. The study, published in Nature and Science of Sleep, posits that a lower quality of sleep can be caused by even minor challenges, like slight changes in sleep timing or ill-timed low-dose stimulants (that cuppa at 10pm? Not the best idea). Sleep reactivity, while a “ubiquitous phenomenon”, impacts different individuals to different extents. The Covid-19 pandemic had far-reaching consequences both economically and socially. “There are reports of rising cases of insomnia during this challenging period, with many no doubt being worried and anxious about job loss or prospects, finances, interpersonal relationships and health,” she adds.

While insomnia may be a common sleep disorder, dwelling in the glut developed while working from home as a night owl is only going to prove even more painful once regular office shifts resume. If it’s any time to “hack” your body clock back to its usual programming, it’s now; though doing so does take some sacrifices: Go to bed earlier by 30 minutes every few nights and wake up earlier. Then, keep to a consistent sleep-wake schedule, even on the weekends. Ideally, electronic devices should be put away two hours prior to bed, but if a pre-bedtime social media scroll is what you need nightly, do it earlier so that you can allocate half an hour of quiet time without screens every night before sleeping. If you’re tossing and turning in bed, stop. The same applies if you’re clock-watching — if you’re still awake after 20 to 30 minutes in bed, and don’t feel drowsy, get up to do something that’s not too over-stimulating, like reading. Stay away from blue-light emitting devices and bright lights, and return to bed when you start feeling sleepy again.

Most importantly, learn to draw a clear line between your working and resting space. Treat your bed as sacred real estate used only for sleep, sickness, and sex — and keep work to a dedicated study table. It’s 11pm now as I’m writing this, and while I admit that I do have the bad habit of working late into the night (like many who are experiencing cabin fever), at least I’m out in the living room tonight. Baby steps, friend.

This article originally appeared on ELLE Singapore’s July 2020 Issue. Pick up your copy at select bookstores and magazine stands.

#WFH Stories: This Is Why Working From Home Has Been Just As Chaotic As The Office

10 Haute Headbands To Jazz Up Your #WorkFromHome Look

6 Girls, 6 Afternoon Perk-Me-Ups For A Caffeine Kick Or Boozy Fix