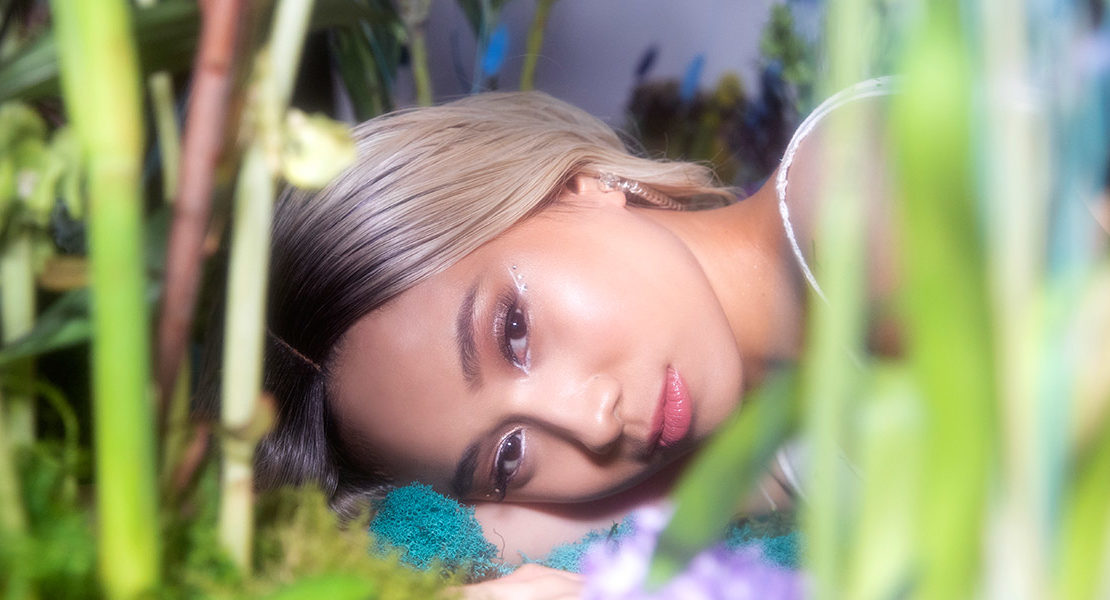 Not many people can say that they have achieved international success at the age of 21. That’s why for many young Asian musicians out there, Indonesian songstress, NIKI is more than just a singer, she is a beacon of hope.

Born and raised in Jakarta, Indonesia, NIKI got her kickstart in music early, winning a competition to open for Taylor Swift‘s The Red Tour, beating out hundreds of applicants. She was just 15 then. Clearly, when it comes to musical talent, this singer-songwriter is born with it.

But it was after the pivotal moment when she joined the Asian music collective and label 88rising that she skyrocketed to global fame. Releasing two EPs (Zephyr and wanna take this downtown?) and collaborating with label mates, Rich Brian, Joji and more on the collective’s studio albums, Head In The Clouds and Head In The Clouds II, NIKI has grown musically as she explores classic R&B sounds to more alternative, synth heavy tunes for a dream-like vibe.

On top of all that, the 21-year-old soloist has performed in multiple music festivals, including 88rising’s very own Head In The Clouds music festival where she sang to a crowd of over 10,000 people at the Los Angeles’ Historic State Park. NIKI also made history by being one of the first Indonesian artists (including Rich Brian) to be invited to perform at the world’s biggest music festival, Coachella this year.

Though the pandemic has halted concerts and music festivals in 2020, fans of NIKI can breathe a sigh of relief as the rising star has announced that she will be dropping her album titled Moonchild, providing a much needed silver lining for ardent fans and music lovers everywhere.

In an exclusive interview with ELLE Singapore, we chat with NIKI on her upcoming album, her new single that drops today titled “Selene” and what it means to be a young, Asian artist in America. Read on to find out more.

ELLE: Congratulations on your single “Selene”, which is one of the tracks in your upcoming album, Moonchild! Could you tell us the inspiration behind the title of your album?

NIKI: Thanks! Moonchild started out as a simple revelation I had about myself one night. At that point in time, I was a severe insomniac and felt most creatively stimulated at night. To me, life just feels more exciting when the moon is out for some reason.

What is the one thing you have to do whenever you go back to Jakarta, Indonesia? Why?

Eat some good old fashioned home-cooked Indonesian food, and get my eyebrows done actually! I’ve tried many different places in the world, and nobody does my eyebrows justice like Jakarta!

You are part of the famous Asian music collective called 88rising, together with artists such as Rich Brian, Joji and so many more. How did you become a part of this group and what was the greatest memory you have with them?

The summer after I graduated high school, Brian showed my now manager, Sean Miyashiro, a demo that we had worked on together. That ended up being See U Never, my first-ever single released with 88rising. It was a very surreal experience when it got published on their YouTube channel, because at the time I would joke with my friends saying, “Imagine if 88rising actually put my song up on their channel… that would never happen!” But lo and behold, they did!

Sometimes I still can’t believe that happened, and I am grateful every day that I was given that opportunity. I truly believe everything happens for a reason and even when it doesn’t seem like it, I believe that in life, we are always right on time!

Tell us more about your upcoming album Moonchild and help us pull the curtain back on your creative process on this project.

MOONCHILD is my debut concept album that I’ve been working on extensively for a year and a half now. I worked on it with producers Bekon & The Donuts and Jacob Ray. It’s what I would call a sonic allegory from start to finish, surrounding this fictional, titular character of the MOONCHILD, a symbol of self. Every song relates to one another, all connecting into one giant storyline, like a musical storybook! The whole project is more on the metaphorical side and less on-the-nose as my previous works have been, but the moral is universal in that it takes a journey of naïveté, courage, betrayal, bad guys, good guys, valleys, mountains, plot twists and

turns for one to grow and finally settle into one’s authentic skin. It’s a classic coming-of-age story that I feel everyone can relate to. And because of its metaphorical nature, it also makes the whole project entirely open to interpretation. I encourage everyone who listens to it to apply it to themselves however they please.

If you can sum up Moonchild in three words, what would it be?

What is the one piece in your wardrobe that gives you the most confidence and one that offers comfort?

A lot of your songs deal with relationships and love, what has been the greatest lesson you learned about love?

Love is messy, and it’s also a verb.

Artists and musicians often act as mirrors to society, using their art form as a medium of expression. How has the recent shift in the world’s socio-political climate (eg, black lives matter movement) and global health crisis impacted your songwriting or art?

I think art is so subjective and abstract that it wouldn’t be fair to assume that all creatives immediately run to creating to experience some level of catharsis or freedom. While that is absolutely what art is there for, and even what I personally find myself doing most of the time, I’ve found freedom in silence, reflection, learning, and listening, too.

I can’t speak for all artists, but for me specifically, I have actually found myself retreating from creating during this time. I would much rather direct my energy and focus into learning about what allyship means, and more importantly, unlearning a lot of internalised narratives I have grown up with. So, while I believe art is important and necessary for humanity’s wellbeing, there are much more pressing matters to be directing our energy into right now.

What has been your experience as an Asian artist working in America?

It has definitely not been easy, but I am incredibly grateful to have had the opportunity to do so. Our work is far from done, but seeing more and more POC representation in media has been encouraging. I personally see my career and artistry as a social responsibility— to represent, to be a voice, a light, a source of hope for other young, Asian creatives wanting to pursue art but have not had the resources or strength to do so. Having fans in both Asia and America motivates me to bridge the gap even more, and to show these kids that there really is no right or wrong. You can be creative right where you are!

My main motivation is for kids that look like me to feel represented. I certainly did not grow up seeing enough Asian representation in Western media– the most universally consumed– so, I’m very glad and blessed to have this platform.

Being in the spotlight at such a young age, opening for Taylor Swift at just 15, you have grown up under the scrutiny of the public eye. How have you kept yourself grounded and how do you approach your mental health?

Self-care is number one! And that means saying “no” to things sometimes. That means setting boundaries. That means… taking a bath, staying home when you don’t really want to go out, dedicating your energy into the right people and the right things. That also means, actively unlearning a lot of narratives you grew up with. The horrible voice in your head determining every step you take doesn’t go away overnight. Or ever, really!

You need to meticulously tame it and teach it to be quiet, which takes a lot of time, energy and patience (so I have learned!). I’ve accepted that this path I chose means I will be scrutinised constantly, and though it may sting sometimes, I’ve had to learn that the people who don’t know me, don’t know me. But I know me, and my loved ones know me, and it’s just a matter of accepting who you are, as you are. Life is much more peaceful that way.

How did you spend your time while in quarantine? Did you pick up any new skills or hobbies?

Yes! I’ve been cooking a lot, getting really into home décor, but above all, I became a dog mom! She’s the light of my life, and has brought me a lot of comfort and joy during these times. At first, I really doubted my abilities, but, I learned I’m a pretty damn good dog mom! Maybe I should start a dog training IG page!

In all the songs that you’ve written, which one do you feel most proud of? What’s the story behind that song?

I’m proud of all my songs! They’re like my little art babies! But I think some of the most recent ones that I’m super proud of are on MOONCHILD, so you’ll just have to wait and see! Can’t spoil the surprise too early.

Any advice for young girls out there, aspiring to be singers in the digital age?

Yes! These are lessons I’ve personally learned over the years (and continue to learn):

1. Own who you are, wherever you’re from, whatever you want to be.

2. Comparison is the devil, it gets you nowhere.

5. Work hard, play hard, and be your own best friend.

When you’re being hard on yourself, ask yourself if you would say those very things to your best friends. Most likely the answer is no, so why would you say it to yourself?

What’s next for NIKI?

Releasing MOONCHILD, playing SuperSonic in Japan, and when the world reopens, hopefully going on a world tour! Singapore will definitely be on my list when I do!