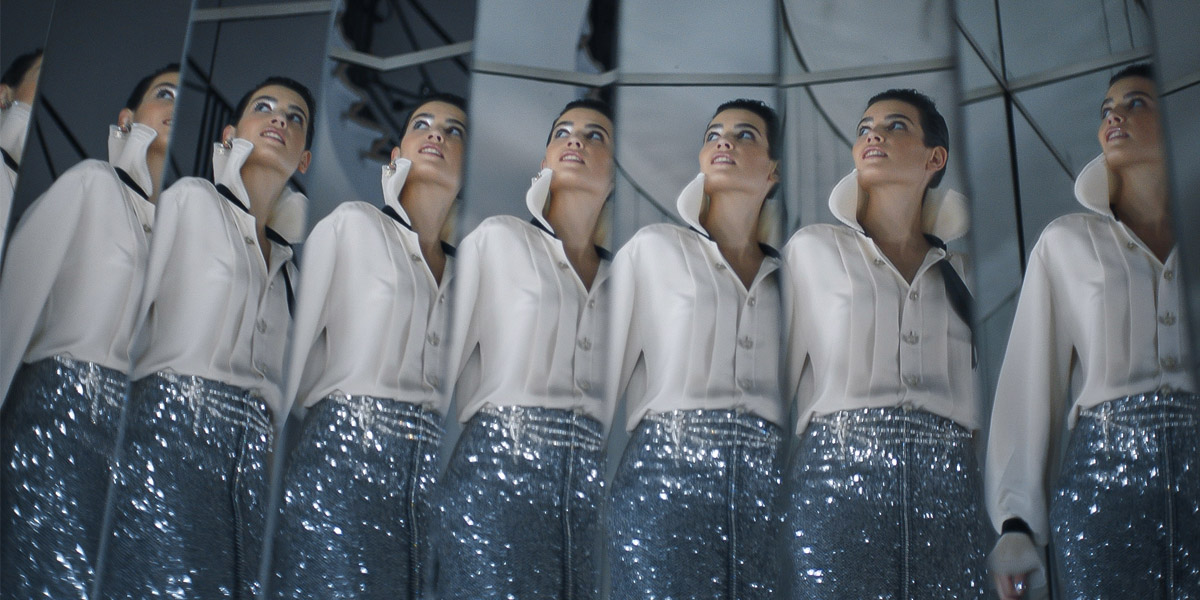 With her brunette bob, perfectly chiselled face, and that inimitable je ne sais quoi,  Alma Jodorowsky perfectly epitomises our ideal of a French girl. Many know her as the teenage star of Cannes Film Festival’s 2013 Palme d’Or winner, Blue is the Warmest Colour, while others recognise her as the lead vocalist and songwriter of Paris-based pop band, Burning Peacock. In the fashion set, her name has been associated with Chanel ever since she was personally selected by its former legendary creative director, the late Karl Lagerfeld, to be part of 2013’s The Little Black Jacket exhibition. A regular at the French brand’s front rows and red carpets, the 28-year-old shares her favourites from the Chanel’s Paris – 31 rue Cambon Métiers d’Art collection

What do you like about the Paris – 31 rue Cambon Métiers d’Art collection?

I’ve always found the Métiers d’Art collections the most fascinating ones since the beginning of my relationship with Chanel. Of all the shows I’ve been lucky enough to see, there’s a special soul to this one. I visited the Métiers d’Art ateliers just before the runway show, and as a result, I have a totally new perspective of the artisans. Looking at the details, realising the number of hours spent on the clothes and the different types of techniques [used for] a piece is very exciting. The clothes are like jewellery; there are so many sequins and feathers. They represent hours and hours of painstaking work, combined with fluidity and in comfortable cuts. And it’s wonderful to finally see this precious savoir-faire in motion at the show. I was particularly intrigued by the embroidery done by Lesage. The work on a loom is like a ritual, it requires a lot of patience and meticulousness. There’s almost a religious aspect to its rhythm. Actually, now with the lockdown, I’ve started embroidering. I first made an image inspired by the film Wings of Desire by Wim Wenders, with fantastical mediaeval animals. It actually made me want to do something manual.

The Paris – 31 rue Cambon collection is a tribute to Gabrielle Chanel. Which pieces best symbolise Chanel for you?

Look 37 (an off-white blouse with a Victorian ruffle collar paired with a sequinned pencil skirt), which I wore in the video that we shot to present this collection. It’s a strong look, one that really represents Coco Chanel: the combination of black and beige is emblematic of her codes. It’s like a contemporary version of things that she would have made herself. The outfit is comfortable and feminine; the pencil skirt and the voluminous blouse is a very chic pairing. You feel good, and you look crazily good.

What do you think of Virginie Viard’s vision?

What I like is the way she delivers a modern and contemporary interpretation of the Chanel codes. It’s the same with her own look and allure, she has a rock-and-roll vibe; she likes mixing masculine with feminine. Subtle touches are mixed in seamlessly with the legacy of the house. The fluidity of materials and the movement of the clothes highlight a lot of it and I’m very aware of that.

Which heroine does this collection make you think of?

It’s so Coco Chanel, I’m struggling to imagine anyone else — and it was shown in the décor of her apartment… While the show was going on, we could almost feel her presence. There’s a Studio 54 edge to it too, and a Rita Hayworth-style Hollywood glamour in certain pieces.

What is your vision of the Chanel style?

It’s a story of contrasts: the comfort and elegance, the masculine and feminine. These are clothes that allow you to be dynamic, that also express what femininity is, being able to move in one’s clothes. A garment can make us stronger, it reflects the way we want to present ourselves to the world, and I think that is the message that emerges from the spirit of Chanel.

“I love the masculine-feminine contrast in a suit, and there are several in this collection. I really like this red; it gives [the suit] a very ’70s rock edge, very Mick Jagger.”

“This bomber jacket is really cool. There’s a clash between an urban-inspired garment and the precious embroidery that highlights the work of the couture artisans.”

“I like this sequinned jumpsuit for its disco feel, and I love that there are no half-measures here. The fact that it’s paired with shearling is very cool too, very ’70s inspired, which I adore.”

“This dress is actually an incredible lace jumpsuit, it looks like Catwoman’s suit. The transparency of its material makes it unbelievably sexy, and the trousers are liberating.”

“This is such a cinematic look, like a dress straight out of a Rita Hayworth film, reminiscent of the glamour of Hollywood’s golden age, an era I really love.”

Pharrell, Margaret Qualley & More On First Impressions Of Their Craft, Fame And Chanel