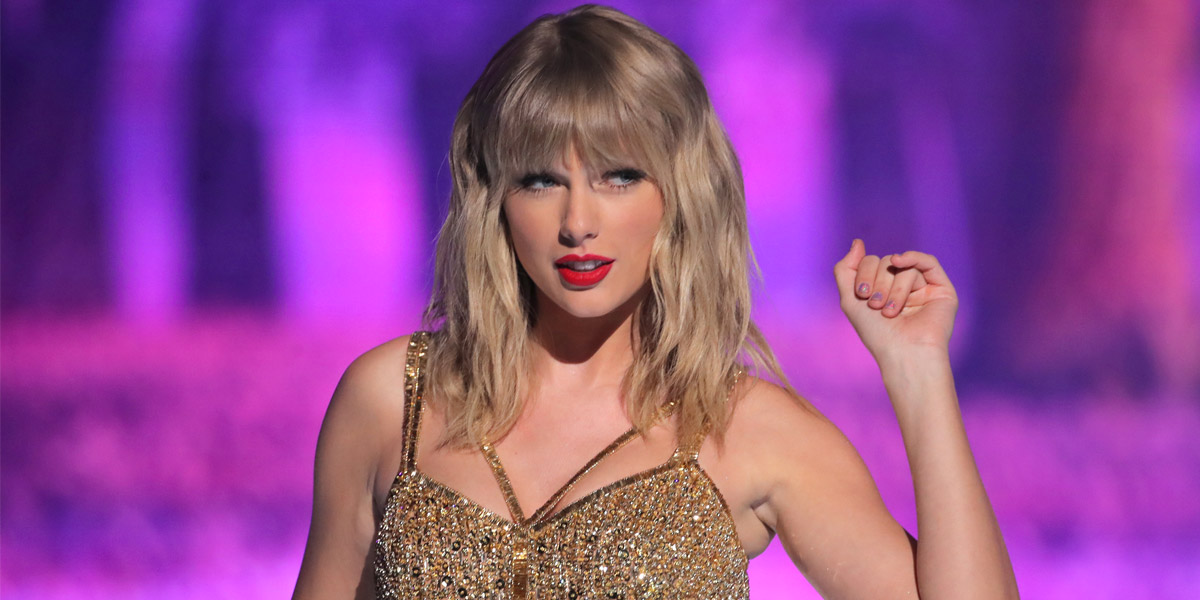 One of the persistent criticisms of social media is that people present false, more desirable versions of themselves. But a collection of TikTok users are actually embracing this idea, proudly touting their ability to resemble or transform into other celebrities.

The latest headline-making doppelgänger is a Nashville nurse named Ashley, whose video detailing her resemblance to Taylor Swift has more than 671K views. It’s one of a whole genre of videos to emerge from the app that exist within the same trend: cos-playing a particular famous person. Last year, there were the “Mix” and “When My Mom Met My Dad” challenges where people would cast themselves as the theoretical love child of a pair of celebs. Now, users are cutting out the middle man and pointing out their blatant similarities to everyone from Ariana Grande to Billie Eilish.

Scrolling through TikTok’s array of quasi-twins can feel a little like wandering through a wax museum, which is to say surreal, comical, and eerie all at once. Just like a trip through Madame Tussaud’s, whether the likeness is accurate or totally off-base, the experience of gazing at them can feel similarly upsetting. But the phenomenon seems to have staying power, as it’s even become A Thing to search for your own look-alike on the app.

Ahead, some of the TikTok celeb doppelgängers guaranteed to cause a double-take.

Ashley, a Nashville resident with a blonde bob and stature similar to Swift’s, claimed she’d had a hard time going out in public since moving to the city (where Swift coincidentally lives). In the video, she acts out several scenarios in which she’s mistaken for the Grammy winner. Whether heading to Target, date night with her husband, or the mall, Ashley apparently gets “recognized” as Swift. At the end of the video, she’s decided, “No more looking cute in public,” opting for a hoodie and pair of Christmas pajama pants.

An unsuspecting Starbucks employee got attention earlier this year for a viral TikTok in which he’s compared to the singer. A group of people asked the man point-blank while in the drive-thru if he’s Styles, to which he can only smile and hand them their drink. Jury’s still out on whether the singer was picking up a shift at the coffee chain.

Neither Styles nor Swift has acknowledged their TikTok look-alike. But that’s not the case for Grande, who proved imitation isn’t always the sincerest form of flattery back in April. After a crop of videos of people impersonating Grande and, often, her Victorious character Cat Valentine became popular, Grande criticized the trend. In a since-deleted Instagram Story, she wrote under filmmaker Jordan Firstman’s impressions, “Omg can this please also double as your impression of the pony tail tik tok girls who think doing the cat valentine voice and that wearing winged eyeliner and a sweatshirt is doing a good impersonation of me … cause this really how it feels … ‘degrading it’s [sic] entire value’ I screamed.”

##greenscreen the amount of times people have said this 🤦🏽‍♀️ ##ayeshacurry ##motherfromanothermother

In May, user Aaliyah Neary showcased her similarities to Curry, posing next to several photos of the cookbook author and TV personality, including one with her NBA player husband Steph Curry.

D’Amelio is one of the most popular personalities on TikTok, inspiring numerous copycats on TikTok. Lisa Beverly has received multiple comments pointing out the resemblance both Beverly herself and her dancing has to D’Amelio’s.

♬ Back Up – DeJ Loaf

User Priscila Beatrice gained more than 400K followers on TikTok after posting a video revealing her eerie resemblance to RiRi. The likeness between Beatrice and her musical alter-ego is so uncanny that I found myself wanting to ask the TikTok star for the status of Rihanna’s next album. (But really, where’s R9?!)

Comedian Jessica Vill made resembling the cast of Friends a group effort in May. She and five other pals dressed up as the Central Perk crew to re-enact a scene from the hit sitcom. “My friends and I were too impatient waiting for the @FriendsTV reunion special to air so we made our own,” she captioned the post, which includes eerie David Schwimmer and Matthew Perry look-alikes in particular.

♬ you got the wrong person – mattthebat59

User Raiven received some backlash in the comments section after pointing out similar traits between herself and Eilish in a TikTok. Since then, she’s openly joked about impersonating the singer further and resisted comments asking her to dress up like Eilish.

i personally dont see it, but this is what i get told all the time lol ##foryou

You’d be hard-pressed to find someone on the planet who doesn’t want to be compared to this Euphoria star. User Jazlyn Hope is lucky enough to actually share a likeness with Zendaya, inspiring more than 25,000 people to co-sign the sentiment by liking her January video.

Tala’s video revealing why similarities between herself and Gomez are her “n.1 comment” on TikTok has been viewed by more than 1.7 million people. It shows not only Gomez and Tala’s current resemblance, but that they’ve always kind of looked alike.

Monika Sarder H. incorporated several colorful outfit changes in a video outlining the matching traits between herself and Priyanka Chopra, which has nearly 375,000 views.

♬ Roddy Ricch The Box but its GROOVY – llusionmusic

While some users don’t naturally look like celebrities, the power of foundation compels them to morph anyways. In January, makeup artist Charlotte Roberts (also known as @CharlotteLooks) went viral for her pitch-perfect transformation into Chalamet. Everything from the contoured cheekbones to the mirror-like hair flop reminded me why I have trust issues.

Billie Eilish Posted The Nike Sneakers Version Of ‘The Dress’